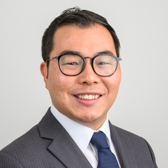 Yizhe Daniel Xie, Ph.D., is a Senior Economist at CRU, where he is responsible for the firm’s coverage of China and Asia. He has over 5 years working experience both in private and public financial institutions.

Daniel joined CRU in August 2019 from the Asian Development Bank Institute. Prior to that, he was an analyst with Goldman Sachs in Beijing and Industrial Bank of Korea Securities in Seoul. He also conducted in-house research & consulting projects at Sumitomo Corporation and Deloitte Tohmatsu Consulting in Tokyo, and held visiting positions at leading economic think-tanks in India, Indonesia, and the Philippines.

What happened with China's monetary policy during the Holiday season

Over the holiday season, Chinese officials were busy with dealing the logistics of signing the US-China Phase I deal, reached on 13 December 2019.