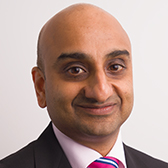 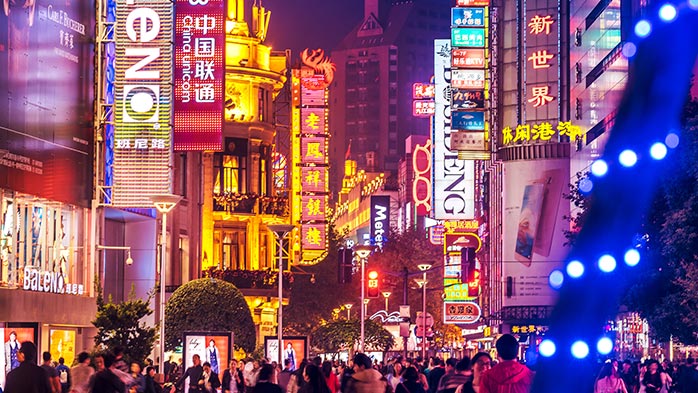 China has come a long way from the zì lì gēng shēng – “regeneration through one’s own efforts” – of Maoist economic policy. The nation that once so steadfastly insisted upon economic self-sufficiency has since opened its markets, and in the 17 years since it joined the World Trade Organisation it has grown considerably from the benefits of global trade.


But in an ironic twist, this has left the country vulnerable, as its commanding presence within the global manufacturing production chain –– as well as the demands of its burgeoning middle class –– has come with a heavy footprint in commodity markets. China needs raw materials, the demand for which must necessarily be met through imports. With a general trade war comes the threat of supply constrictions and rising prices.

The above chart shows the market share for imports for various commodities that can be roughly classified into three groups: food, energy, and metals. In all three areas, there are key commodities for which China is heavily reliant on imports.

For metals markets, global trade has given Chinese businesses access to higher-quality raw material, as is the case with iron ore, where imports make up 87% of the country’s consumption. As illustrated in the chart below, despite having proven reserves of over 7 billion tonnes of contained iron, poor quality ore grades mean that domestic supply cannot substitute for cheaper and better-quality material imported from Australia and elsewhere. Disincentivising domestic production also allows the Chinese government to address the nation’s pollution epidemic: by taking steps such as reducing air pollutants from steel plants using lower quality raw materials, revoking mining licences for polluting and unprofitable iron ore mines or forbidding bauxite miners from using conventional mining processes such as the use of pneumatic drilling and dynamite, China was reducing smog levels at the expense of domestic supply; with demand nonetheless remaining strong, the supply gap would be increasingly bridged by imports in these sectors. That, at least, was the plan.

For food goods, the dearth of arable land in China, relative to its population’s enormous appetite forces producers to prioritise some crops over others. Less profitable produce often loses out, as is the case for soybeans: farming communities have consistently favoured grain crops for their higher profit margins, and with grain demand only growing, it is a struggle for the Chinese government to spur soybean production through policy.

It is in the energy sector, however, that China’s import reliance makes perhaps the most vulnerable, despite imports holding smaller market shares for commodities such as oil, coal and battery metals than with iron ore or soybeans. Whereas metals tariffs may cause a constriction in manufacturing output and lower profit margins, and food tariffs may lead to higher consumer prices, energy requirements and materials for use at the cutting edge of industry are key to China’s ongoing economic development.

This is the case even for commodities where the share of imports seems insignificantly low. Imports of thermal coal may have accounted for less than 10% of demand in 2017, but as 70% of power generation is fuelled by coal, and with power consumption increasing form 5-10%, any restriction to imports would substantially raise power prices. Power generators faced recent import restrictions over the 2017/2018 winter season that had to be lifted by the end of March to ensure adequate supply, leading to price spikes.

China’s size makes it an easy target for supply constrictions
China’s import reliance can only be expected to increase as its ever-growing middle class demands more in terms of finished goods, food and energy. But the growing market share that imports enjoy in these markets pose an issue for China, a nation whose economy is still geared around a global manufacturing margin. China is reliant on world trade to supply the raw materials needed for a number of key industries, from automotive manufacture to pig rearing, retaliatory tariffs threaten to narrow margins in an economy where the priority is already creating jobs at the expense of profits.

Of course, there are ways for Beijing to mitigate risk – increasing domestic production, buying foreign mines, or diversifying the sources of merchant imports – but for such a goliath of a developing nation, the fact remains that the sheer enormity of its commodities requirements renders it unable to completely extricate itself from a potential threat. The current trade conflict with the US illustrates this. In the past few months, China has made efforts to reduce its reliance on American soybeans through a mixture of encouraging domestic production and diversifying imports, but is unlikely to fully remove itself from the yoke of American reliance: in terms of domestic production, the newest government-mandated increase of land allocated to soybeans, from 117 million mu (~7.8 million hectares) to 127 million mu (~8.5 million hectares) is a drop in the ocean compared to the 55 million hectares estimated to be needed to fully sate demand, and whilst China has taken steps to diversify their import market – through the timely cutting of soybean tariffs from APTA countries, as well as increasing imports from Russia and Brazil – current Chinese imports remain higher than total global non-US exports. So far, Brazilian prices have been reasonably stable and the entire burden of the Chinese tariff on US bean imports has been borne by US farmers’ margins. But outside Brazil’s export season, tariffs are likely to lead to significant price rises for Chinese consumers.

China’s massive footprint can be seen across a variety of commodities, as Chinese demand for raw materials so dominates the world market that it is impossible for the country extricate itself fully from its reliance on a handful of major suppliers. This poses a serious risk to China: with no or few alternatives to their current sources of supply, any future tightness (or indeed tariff) will inevitably lead to rising prices and even shortages for Chinese manufacturers and consumers.

For the most part, appraisals of China’s weak points in a generalised trade war have focused on its status as a net exporter with a considerable trade surplus; it is indeed easy to paint China as the self-reliant productive behemoth. But the truth is that its reliance on raw materials imports means that China is exposed to the supply constraints and price rises that come with disruptions to world trade.​

In December we conducted an annual survey of our clients, asking their views on a range of questions facing the world economy in 2022. In this Insight we explore the key...