Up until now the focus for new capacity in Indonesia has been on building nickel pig iron capacity predominantly through the Rotary Kiln Electric Furnace (RKEF) route.


This is a product that is geared for the stainless industry and we have seen several NPI projects come on stream since 2014. However, with the expected strong demand growth for nickel from the battery sector a number of companies are now considering building High-Pressure Acid Leaching (HPAL) facilities in Indonesia. The new HPAL facilities considered in Indonesia are mooted to have lower capital costs than what we have seen in the past, thus challenging the view that nickel prices would need to be above at least $18,000/t to incentivise investment in new class 1 capacity.

CRU understands that at least four HPAL projects are being considered by various parties in Indonesia.

Of all the projects the PT. QMB New Energy Materials project seems most likely to come on-stream first, but this is likely to open the door to additional capacity if it proves to be successful. The PT. QMB New Energy Materials project is a joint venture involving Xinzhang international holding (subsidiary of Tsingshan) 21%, GEM 36%, Brunp (CATL) 25%, PT. Indonesia Morowali Industrial Park 10% and Hanwa 8%. Nickel intermediates from the operation will be directed to produce battery-grade nickel sulphate (150kt) and hydroxide intermediates (50kt) and cobalt sulphate (20kt) for both captive use and for sale to the third-party market (all numbers are on a gross basis).

The investments by Tsingshan are primarily geared to meet increasing demand for nickel sulphate from the battery sector on the back of increasing penetration of electric vehicles. Given that there are limited economically attractive sulphide deposits that can be developed, the market will need to rely on the hydrometallurgical route to provide new class 1 nickel units. But at what incentive price? 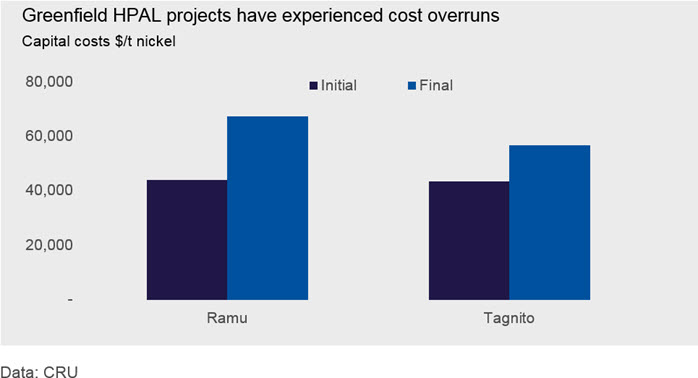 If we consider capital costs of recent greenfield HPAL projects, producing a nickel intermediate, that have been commissioned such as Taganito and Ramu then the average capex is around $62,000/t of nickel. To incentive these projects we calculate that you need nickel prices above $18,000/t.

The market’s attention has been caught by the reported capital costs of the PT. QMB New Energy Materials of $700M, which equates to only $14,000/t of installed nickel capacity, considerably lower than the recent wave of projects that have been commissioned. The project will benefit from existing infrastructure at Morowali, but it is still difficult to fully explain the significantly lower capex. In addition, as the chart above shows many of the projects have suffered from cost overruns.

Moreover, the announcement by GEM comes at the same time as the disclosure by Highlands Pacific that Metallurgical Corporation of China (MCC), the majority partner in the Ramu operation in Papua New Guinea is looking to expand the facility at a cost of around $1.5bn. CRU understands the expansion will raise the plant’s nameplate capacity by 34ktpy to 66.6ktpy. The capital cost equates to $44,000/t of nickel.

In the accompanying chart we show the incentive price for a HPAL operation at different capex assumptions. Assuming the capex is 35% lower or around $44,000/t nickel the incentive price comes in at below $16,000/t. Of course many of this feed is likely to find its way into the production of nickel sulphate. Given the premium for nickel sulphate currently in the market then potentially the incentive price could be lower. In addition, the recent high cobalt price is also a factor in this exercise. Our consulting group has undertaken extensive work in this area. 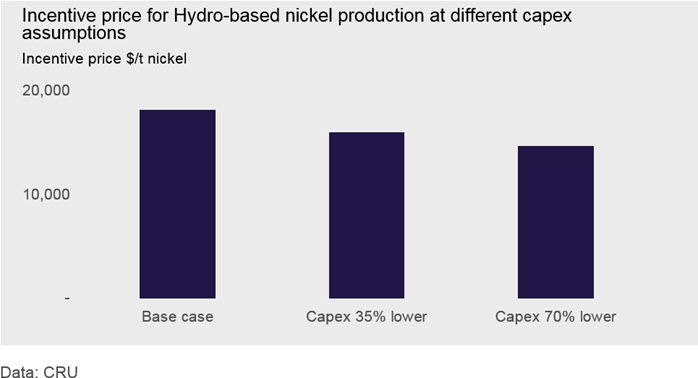 Another interesting development is the prospect of NPI being channelled into nickel sulphate production. Tsingshan and Huayou, China’s largest cobalt smelter, have started work on building four RKEF lines in Weda Bay. The plan is for the NPI to be processed into nickel matte and then nickel sulphate. We believe the economics of this route are potentially less favourable than the HPAL process, but it does give optionality between producing NPI or Nickel sulphate.

Tsingshan also has separate agreements with Eramet and Zhenshi to build four RKEF lines in Weda bay. Each line has a gross capacity of 30ktpy. CRU understands the project with Eramet will be built outside the Weda Bay industrial park.

The market will watch closely if the planned HPAL projects in Indonesia can be delivered at a lower capex and avoid problems which have plagued the commissioning of other projects. Nonetheless, these developments have increased the uncertainty surrounding the long-term view on nickel prices. 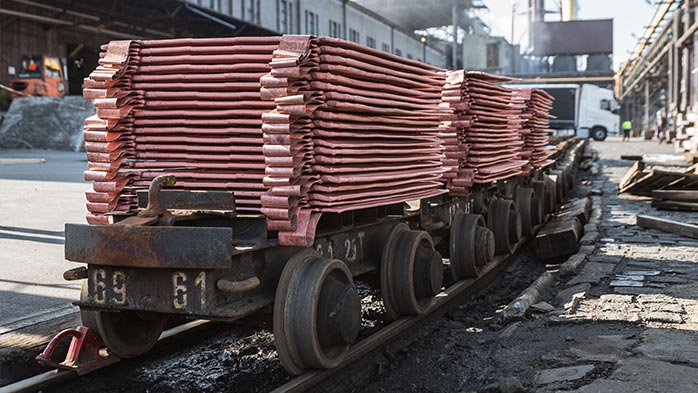 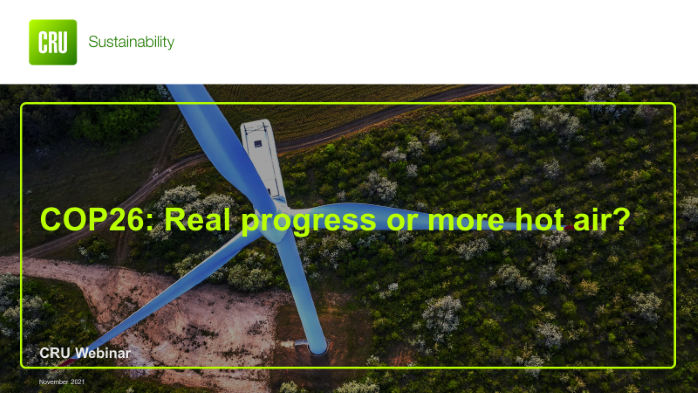