perspectives on past policies 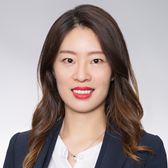 Assessing the credibility of this announcement, and its implications for the mining, metals and fertiliser industries is a key priority. However, details are currently scant. Drawing on CRU’s expertise analysing Chinese industrial policy and market developments, this Insight explores lessons from past energy, climate and industrial policies. It considers their potential implications for the future policy outlook under the next (14th) Five Year Plan (FYP). It finds that measures to reduce carbon emissions and energy demand in the Chinese economy have become progressively more stringent over time, and the government has generally achieved their overarching goals. The trend is expected to continue, also given the broad complementarity of climate goals with wider priorities, including to: improve air quality, lead green technology manufacturing, mitigate future climate change induced floods and droughts, and increase economic self-sufficiency. This is likely to require the preparation, and early stage implementation, of comprehensive sector plans for decarbonising the critical metal production processes such as steel. To discuss any of these issues, or better understand their potential implications for your business, please contact us via the form at the end of this article.

Understanding the “Net Zero” goal is critical
Understanding the implications of President Xi’s recent announcement of China’s commitment to peak carbon emissions by 2030 and “Net Zero” by 2060 is critical for domestic industrial players, their trading partners as well as broader international market participants. On the face of it, this announcement – which reflects a commitment by signatories to the Paris Agreement to increase the scale of policy ambition every five years – represents a significant step change in China’s policies relating to energy and carbon emissions. But long-term policy announcements alone are not certain to yield the required structural adjustments, particularly not in a huge and complex economy such as China which features numerous barriers to such changes.

This is likely to be a key issue for the mining, metals and fertiliser industries. As such, forming judgements on the likely credibility of this announcement, and its implications for the 14th Five Year Plan (FYP), which will govern the strategic direction of the country until 2025, is thus critical. It may be many months, perhaps years in some cases, before detailed policy plans are drawn up and implemented. In the meantime, one logical early step for those tasked with ensuring the long term resilience of corporate and investment strategies is to consider experiences from past policies, and the potential lessons for future policy, amid rapidly evolving Chinese economic, political and societal conditions.

A steady rise in policy ambitions on energy efficiency and carbon emissions
Objectives to reduce carbon emissions and the energy requirements of the Chinese economy have featured increasingly prominently in recent FYPs (a history of these objectives, the outcomes and their key policy enablers is outlined in Figure 1). Under the 11th FYP plan, for example, China aimed to reduce energy consumption per unit of GDP by 20 percent over the period. An explicit goal to reduce carbon emissions per unit of GDP by 17 percent was introduced as part of the 12th FYP. This was complemented by a target to increase the non-fossil share of energy to at least 11.4 percent by 2015. Compared to the energy mix in 2010, this equates to a reduction in oil demand of around 85 million barrels of oil in 2015. The 13th FYP targets still faster growth in non-fossil primary energy consumption, aimed at 15% by 2020. The carbon intensity reduction goal (and the political importance internally ascribed to it) was also significantly raised – to 40-45 percent against 2005 levels – as part of the 13th FYP (n.b. The 17% reduction in carbon intensity targeted by the 12th FYP is equivalent to a 35% reduction against 2005 levels). However, achieving the “Net Zero” target is likely to a significant acceleration in the pace of change (perhaps requiring an annual average reduction in emission of ~8-10 percent after emissions peak by 2030). This would likely require virtually complete electrification of road transport, as well as a massive shift in the fuel mix for both power and industry

(Probably) not just green wash
Assessing the stringency of such goals is challenging, particularly in a large and complex economy such as China (and one in which informational and data issues abound). China’s spiralling energy demands, and high degree of success in achieving overarching policy goals, do not necessarily imply weak policy targets. It is true that energy and emissions intensities traditionally decrease as an economy develops (typically through improvements in technology and growth in the tertiary sector), making such targets structurally easier to achieve. However, it is challenging to apply insights from other countries’ experiences in a highly simplistic way given some of China’s unique characteristics in terms of size, economic structure and political system. It thus remains possible, and indeed likely, that China’s development thus far could have been significantly more energy intensive and polluting in the absence of policy intervention.

Reviewing past policy implementation in a bit more detail is perhaps a valuable exercise. This would generally suggest that China policy has substantially shaped the energy system in recent decades, including through:

One area of policy reforms, which to some extent distinguishes China from other rapidly emerging markets, is its emphasis on direct and indirect control and influence on the energy processes of state-owned enterprises (SOEs), in the achievement of these goals, including, in particular, its major oil, utility and industrial entities. Under the “Top 1,000 Enterprises” program, for example, the Chinese authorities sought to accelerate energy efficiency improvements among the heaviest energy users. This state-led approach, which involved closing the most inefficient plants, financing and investment support for key efficiency improvements, and sometime ad-hoc output controls, has undeniably elicited a degree of success (and has steadily been expanded across a larger number of SOEs over time).

More recently China has experimented with more market-oriented policies, including an emergent Emissions Trading Scheme (ETS). A series of reginal ETS pilots were introduced starting in 2013 and 2014 (see below, Overview of ETS pilots in China). These schemes should not be judged by the low carbon prices observed (a similar pattern occurred in Europe for example during the pilot phase), but rather as an opportunity to develop and trial policy rules and institutional capacity required for effective implementation. A nation-wide scheme is expected in the next 12 months or so and is likely to extend from power to industrial sectors in the years ahead.

Overview of ETS pilots in China

From 2013 to 2016, eight Chinese provinces and municipalities (Guangdong, Hubei, Fujian, Shanghai, Chongqing, Tianjin, Beijing, and Shenzhen) have introduced pilot schemes. These regional markets have already surpassed $4 billion in value and are ranked the 4th largest globally (after EU, Korea, and California). their scope differs, each scheme covers direct and indirect CO2 emissions from six major industrial sectors. Carbon prices have fluctuated widely across and within schemes, ranging from $0.6 to $12/tCO2 equivalent (tCO2e).

A number of lessons and insights emerge from these pilots. These include the substantial data and administrative challenges associated with setting an ETS cap setting and allocating allowances (China’s cement emissions, for example, were overestimated by 32–45%, while emissions from coal were also subject to significant errors). A further insight concerns the political hesitancy to commit to a fixed emissions cap (preferring intensity based benchmarks). Thus, the highly uncertain nature of economic and industrial growth is a potential impediment to absolute limits on emissions in the immediate term.

China sceptics often point to the need to subserviate any goals which potentially undermine the overriding objective of sustaining rapid economic growth and employment creation. Concern for such trade-offs has certainly not evaporated and are placed in sharper focus by the need to limit write downs on spiralling levels of debt in the economy. Moreover, there are often confusing signals to interpret, including for example the recent uptick in announcements regarding the intention to build ~40GW of new coal powered generation capacity as part of efforts to stimulate the Covid-19 impacted economy.

However, it is important to look beyond the noise for the bigger structural trend (indeed it remains possible, indeed likely, that some of these policy inconsistencies will be mitigated, including through a review of the carbon footprint of the pipeline of committed investment projects). These targets imply a rapid acceleration of structural change in China’s power, industry and transport sectors. This is likely to be supported by a changing economic and policy context: the cost of green technology deployment has tumbled in power and road transportation; the service and light industrial sectors have boomed in recent years, creating alternative, less emissions intensive sources of growth and employment; and there is an increased emphasis being placed on high “quality” of growth and urban environments.

Thus, interim steps towards the delivery of a Net Zero commitment are increasingly seen as consistent with wider economic, social, and political goals. A good example in recent years concerns the shifting focus on improving urban air quality as part of the “Blue Skies” programme: enhanced energy efficiency and switching to renewable fuels is often highly complementary to measures such as the closure and relocation of industrial and power plants outside the city bounds. One should also not discount the underlying political, social and economic importance of mitigating risks to water scarcity, which presents an increasingly acute set of issues in many Northern Regions of China and are expected to be exacerbated by climate change.

Another important set of markers relates to the overlap with China’s strategic industrial priorities, and its rising distrust of the West. Already a leader in emerging mass markets for Solar PV and Electric Vehicles, achieving greater market share across a broad range of key green technologies, is a critical component of “Made in China 2025.” As Chinese policy increasingly pivots toward the achievement of Net Zero, it is likely that China will deepen its commitment to international leadership in a wider range of key technologies including hydrogen as well as carbon capture and storage. It also complements China’s rising “localism” agenda, which increasingly discourages overseas dependency on oil and gas and other critical imports.

Implications for 14th Five Year Plan
The Net Zero announcement raises a large number of questions, particularly regarding policy objectives and measures, and their implications for the metals, miners and fertilizer value chains. This Insight finds that policies to reduce carbon emissions and energy requirements within China become stricter and more comprehensive over the course of recent FYPs. Exploring relevant lessons from past energy and climate objectives, and their overlap with wider industrial policies can provide solid context in which to anticipate the strategic policy outlook for the next FYP.

This approach would perhaps be suggestive of a further steady ratchetting up of policy ambitions on carbon emissions in the coming 5-10 years and beyond. A range of different targets are reported under discussion by the Chinese authorities for the 14th FYP, including potential of a 20 percent non-fossil energy target by 2025 (and perhaps an explicit cap on coal’s share of the energy mix, perhaps in the region of 50 percent of total final energy). While not completely transformative in the medium term, implementing targets of this order could prove challenging, particularly in the event of rapid, investment led, Chinese economic growth. But at the same time, there are also huge opportunities from delivering on the goals in terms of achieving wider economic, environmental, and social policy goals. These issues are the topic of analysis in a forthcoming Insight. They will nonetheless require the preparation, and early stage implementation, of comprehensive sector plans for decarbonising the critical metal production processes such as steel. Moreover, given the long-lived nature of industrial capital stock and expectation of progressively more stringent targets beyond 2025, the time for planning is increasingly short.

Continue reading about this topic in our related insight:
China’s 2060 carbon neutral goal: What the metals industry can expect from emissions policies

China Emissions
Explore this topic with CRU
Top
See all