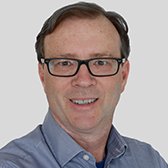 Frank joined CRU Sustainability in June 2021 as an external Consultant. He has over 20 years of experience as an economist working in both the private and public sectors.

He has worked in the UK, Germany and the United States. Prior to joining CRU, Frank was Senior Advisor at the Bank of England.

Frank started his career at the Economist Intelligence Unit. From there he moved on to HM Treasury, the UK's finance ministry, where he worked on fiscal frameworks and helped establish the UK's assessment of fiscal sustainability. He also worked at the German Federal Finance Ministry and helped set up a thought leadership programme at Pension Corporation.

Frank joined the IMF Fiscal Affairs Department in 2011. He was involved in the IMF's Romania programme and co-led on pension reforms.

Frank is interested in the intersection between the real economy and capital markets, and how green finance can help the transition to a low carbon economy. Frank holds a PhD in Economics from the London School of Economics.