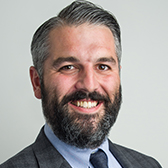 Tom joined CRU in April 2016 as Portfolio Director. He project manages the production process and is focused on the development of new business opportunities.

Tom has over ten years of experience in business publishing and events, covering a range of different roles. He joined Metal Bulletin, part of Euromoney, in 2006 in the role of Conference Producer where he was responsible for a range of metals and mining events. He was promoted to Business Development Manager to add sponsorship duties to his production responsibilities on new events.

In 2010, Tom joined Global Business Reports first as a journalist and later as Project Director. He managed teams that produced sector specific, country investment reports that were published in leading global publications. In this role, he was based in Peru, Australia, Canada, Mexico, Malaysia and Colombia. In 2012, Tom founded the publishing house Maracuya Media in Bogota, Colombia and established two publications: Colombia Energia which is a Spanish language magazine dedicated to the national energy sector; and Best of Colombia which is a premium guide to tourism, lifestyle and investment opportunities in the country.