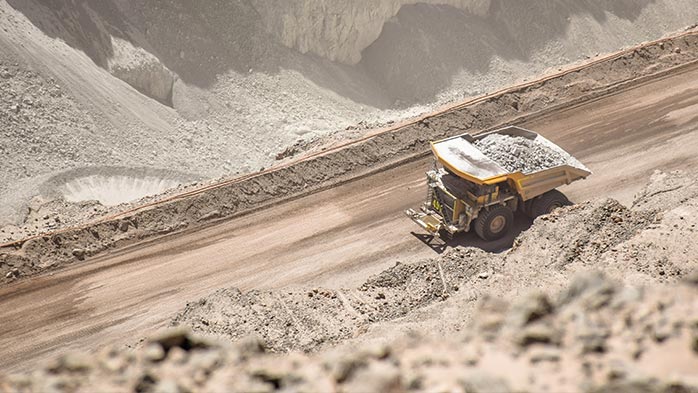 There is a recognisable relationship between strikes and copper market sentiment, with strikes fuelling fears and causing prices to increase.


With 16 labour contracts still to be negotiated this year, concern over the possibility of a strike has persisted – albeit negotiations are running smoothly so far this year. This Insight explores how the market responds to labour negotiations and strike risks.

Negotiations pipeline
This year has already seen a large number of contract negotiations in the copper mining industry, with a large amount having reached agreements in early negotiation stages. However, there are still 16 contracts set to expire this year. If these negotiations follow the same trend observed in the first half of the year, the industry will avoid strike action, but there is still a chance that labour unrest will develop this year. Of the 16 labour contracts, 10 are in Chile, five in Peru, and one in the US. Most of the contracts expiring this year cover Codelco’s operations (Andina, El Teniente, Caletones, Salvador, Mina Ministro Hales, and Gaby), and represent 45% of the production at risk listed in the table below. BHP contributes the largest share in terms of production with 46%. Escondida is up for negotiation this month and it is by far the most important in terms of production. Escondida’s Union #1 has already announced it is requesting the equivalent of 4% of Escondida’s 2017 dividends to be distributed as an end-of-conflict bonus. Escondida underwent a lengthy strike last year over labour contract negotiations.

Many of the labour negotiations reach a solution before the formal negotiation process starts. Even after this, many negotiations within the formal process reach a settlement. Some companies operating in Chile have a good track record in this, for example Antofagasta Minerals has not had strikes. Some negotiations however, reach deadlocks which have led to strikes in the past. A large fraction of these strikes last less than a week, but there are some which have lasted over a month. An example of this is the strike at Escondida last year – highlighted in the rightmost box in the histogram below. 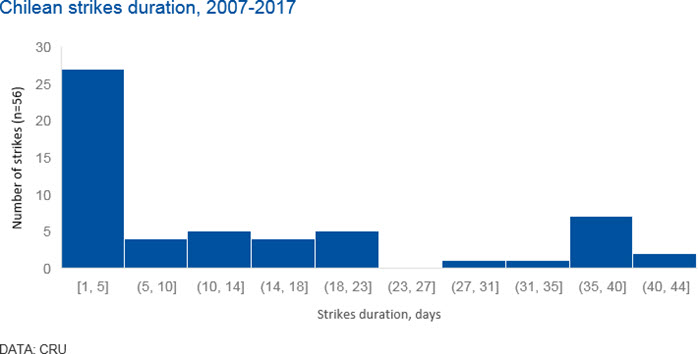 Escondida’s 2017 strike
During 2017 Escondida was on strike for 44 days – between February and March. This resulted in the Chilean economy registering its worst monthly growth since July 2009. Escondida’s production fell by 8% y-o-y, mainly attributed to the strike.
During this strike Escondida’s Union #1 did not budge on its requests, nor did the company. The two parties had reached an agreement on one of the three key demands of the Union. Due to this impasse, the Union exercised its prerogative of postponing the negotiations for 18 months – a period ending in June 2018.
Recently, Escondida’s Union #1 has started publicising part of its demands for this new negotiation process. Probably the most vocal part so far has been the request of a bonus totalling 25 million CLP per worker – some 40,000 USD4. Whether there will be a strike or not is still unknown. It must be noted that there have been some changes since last year’s negotiations:

How this upcoming negotiation will play out, and how it might affect the copper price is still unknown. Having said this, CRU believes that after a long and drawn-out period of negotiation, an agreement will be reached, and a strike will be avoided.

The effect of strikes in Chile on the copper price
Even given Chile’s importance as the largest copper producer in the world, it is impossible to forecast copper price movements based on strikes (or lack of them) in the country. However, there is evidence that suggests there is a correlation between price increases and strikes in Chile. In some cases, there may be a question of causality, but certainly some of these strikes are the reason behind higher prices. Our analysis of daily copper price movements and strikes in Chilean copper operations suggests that the copper price has increased on a non-weighted average basis by 0.018% for the analysed period – starting in 2007. While at the same time, the price has increased some 14% more when there is a strike in Chile – or 0.021% d/d change. The figure below shows daily price movements, highlighting periods were there was at least one strike at a Chilean copper operation. 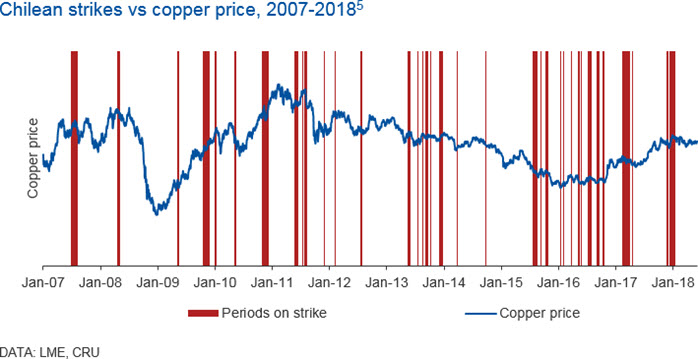 Conclusions
Even though we cannot attribute copper price increases with strikes in Chile with certainty, there is a positive correlation to be recognised. Determining when a factor such as a strike or other event will impact the market requires a broad view of the industry. It is timely to highlight this correlation given the number of important labour negotiations that will take place over the coming months.