Increased stake in ‘end of life’ copper mine an inspired move 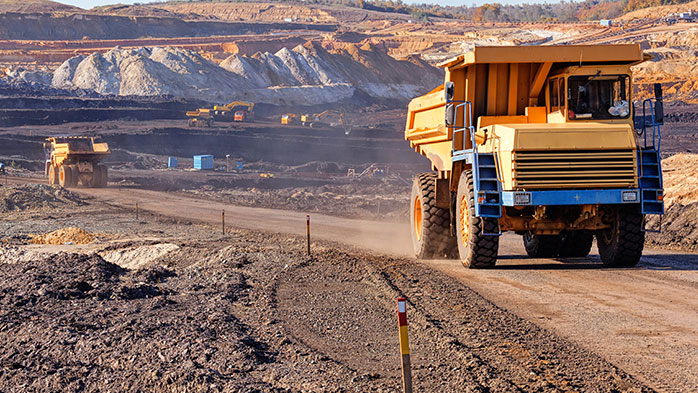 At first look, Teck’s recent decision to increase its stake in a Chilean copper mine considered a loss-making asset and near the end of its life appears a peculiar one. But a potential brownfield expansion to the site could see the increased Canadian miner’s stake translated into a profitable business – though nonetheless with risks.


How Quebrada Blanca would traditionally be valued
Up until recently, Canadian miner Teck held a 76.5% stake in Quebrada Blanca, a copper mine located in northern Chile. Teck increased its stake in the mine to 90% at the beginning of April this year. Interestingly, based on CRU’s Copper Cost Services, Quebrada Blanca is a loss-making asset fast approaching the end of its life as a mine. So, why did Teck decide to acquire an additional 13.5% stake from local shareholders? The quick answer would be that they are considering a brownfield expansion – Quebrada Blanca 2 (QB2) – which would put the mine in the third quartile of the copper industry cost curve. But there are two large risks surrounding this expansion:

By using the traditional valuation approach, assuming CRU’s current price forecast and that Teck will be granted environmental permits, we can conclude that the traditional Net-Present Value (NPV) of the asset [1] – considering the expansion – would be 2.0 USD billion; thus, the 13.5% stake on the operation would be valued at 276 USD million.

Quebrada Blanca
Quebrada Blanca is an open pit mine that began operations in 1994. The mine is located 4,400 metres above sea level. The operation produced 23 kt of copper in 2017 – steadily decreasing from over 80 kt one decade before. The mine produces copper cathode via ore leaching and an SX-EW plant. While the original operation has greatly exceeded its original life expectancy, its reserves are finally due to be exhausted in the next few years. As it stands, Quebrada Blanca is located in the fourth quartile of the CRU copper industry cost curve.

Quebrada Blanca has a Project for a brownfield expansion – Quebrada Blanca 2 (QB2). In this expansion the operation would begin concentrate production – a much more water intensive process than the one currently in use. QB2 is estimated to require an investment of around 4.7 USD billion; which includes a concentrate plant, tailing dam, pumping and piping facilities to extract seawater – amongst other investments. This expansion is expected to prolong the life of the mine for around 30 years, achieve a copper production of around 238 ktpa – plus molybdenum production as by-product – and will then place Quebrada Blanca in the third quartile of the copper industry cost curve.

A big caveat is that the project is in the process of obtaining the environmental permits – which have not been awarded.

The questions that arise then are: why was the sale structured in this particular way? And, why was the minority interest bought at a total of 162.5 USD million [3] when the traditional method places its value at 276 USD million?

A real options analysis can explain both the value and the structure of the actual sale.

Decisions can be made after the sale
Assuming that the most important uncertainties are environmental permits and the market environment at the time of the investment decision, we can determine the conditional timeline of events. A decision tree shows that only once we know the outcome of the environmental permitting process (ie approval or rejection), is an assessment of the market at that time relevant.

We have modelled the two key risks using Monte Carlo simulation. For this exercise, the outcome of the environmental permits application is modelled as a binomial distribution, and the copper price is modelled using a mean reverting time series process.

The outcome of this exercise is to estimate the appropriate conditions under which the brownfield project would go ahead (ie permits approved and positive price environment).

With this analysis we can acknowledge the flexibility of the expansion decision in the valuation – as Teck does not have to make a decision on the investment today.

Monte Carlo simulation of copper price
Monte Carlo is a technique used to simulate the possible outcomes of a process – in this example the copper price – based on the probability distributions of the possible outcomes. Based on CRU’s forecasts and understanding of the copper market we can define the price trend. By running the simulation iterating several times we can arrive to probability distributions of variables we want to measure, such as the NPV of an operation.

The figures below show different iterations of the copper price, highlighting the percentile 15 (P15) and percentile 85 (P85). These two numbers represent the values below which 15% and 85% of observations respectively in the overall simulation fall – if there were 1,000 iterations in the simulation and these were ranked from minimum to maximum P15 and P85 would be iterations #150 and #850 respectively.

Risks matter
Our results suggest that the most important source of uncertainty is environmental permitting – as it is the gatekeeper of developing the brownfield expansion. Should we assume a relatively low chance (60%) of being approved, we find that the average NPV including the expansion and the price risks surrounding it, is now close to the valuation: we estimate that about 160 USD million will be paid should the extension materialise purely on the basis of average outcome, which is close to the 162.5 million actually paid for the interest.

However, our study can also explain how that 162.5 million was structured. The distribution of possible outcomes is shown in the figure below. There is a large proportion of the results concentrated between minus 1 and positive 1 USD billion as the NPV outcome – highlighted in the figure below. This range accounts for ~55% of the outcomes. This is largely explained by the chance of not getting permits of 40% in this exercise, and the decision of not developing the expansion in a low-price environment. Hence, the particular structure of the deal. (It should also be noted that in cases of extremely high price environment the NPV could reach 8 USD billion – though this is highly unlikely to occur.)

Closing remarks
Though risks and options are an everyday occurrence in mining, they can be analysed systematically using targeted methods. Within your organisation you can identify and address the risks you are subject to and options available by engaging in of the following types of activities:

However, real options analysis is certainly not the only analysing framework for risk and uncertainty and not always the most appropriate. CRU has regularly helps its clients in dealing with uncertainty by applying different tools, each specific for the problem at hand:

3. This considers the payments to be incurred should the expansion materialise except for the up to 100 USD million to be paid for price exceeding $3.15/lb.