Keeping costs in check is a challenge for Australian copper mines 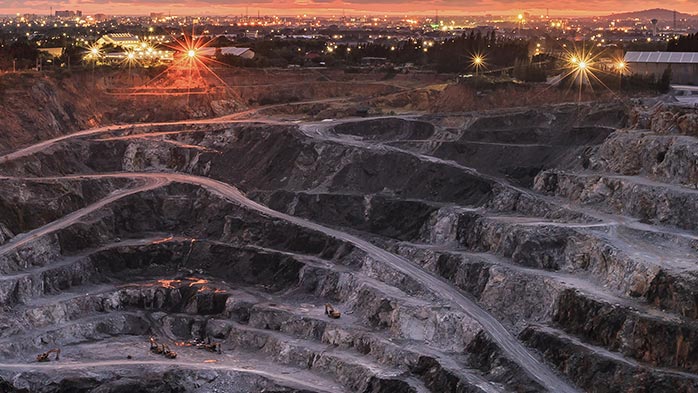 Australia has comparatively high conversion costs relative to other top copper producing countries. But CRU cash costs at Australian mines are in line with the global average, due to Australian mines typically benefitting from high by-product credits.


Australian mines in aggregate will remain less competitive on a conversion costs basis than operations in most other regions. However, while they will increase, Australian CRU cash costs including by-product credits are expected to be lower than the global average.

Australia has comparatively high conversion costs
Keeping mine operating costs in check is a challenge for the Australian mining industry. Australian copper mine conversion costs are in the upper cost quartile, at $4,616/t in 2018 on an annualised basis. This compares to a global average of $3,761/t. There are several causes of this, but average power costs (which will average 114.64/MWh this year) and average labour rates (which will be close to $91,000 /man-year during 2018) are particularly high, relative to many other top copper producers. The majority of Australian mines are underground, which also can have cost implications, and although copper grades are comparatively high, many Australian mines are small, implying that they do not benefit from the economies of scale seen at larger operations.

Australian mines are distributed in a broad range throughout the cost curve on a CRU cash cost basis, with a number of operations located in both the first and fourth quartiles of the cost curve. 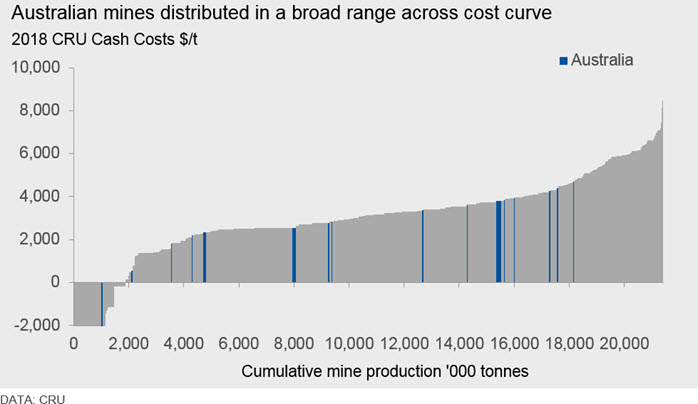 Similarly, Australia’s mines are broadly distributed throughout the cost curve on a conversion cost basis. 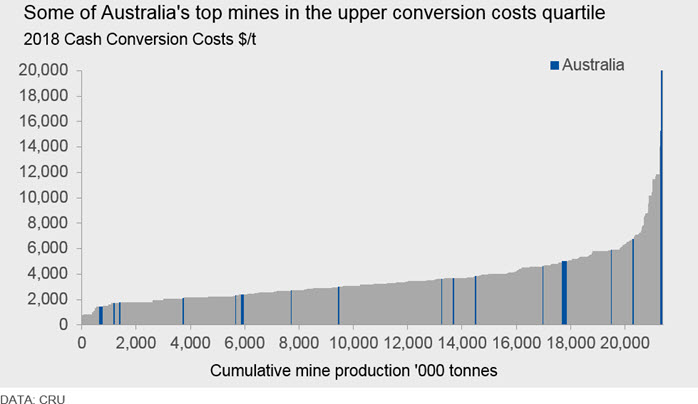 Consumables, labour & power dominate cost breakdown
As is the case in the copper mining industry overall, the cost of consumables dominates the cost breakdown of Australian mines relative to other cost drivers, representing 44% of conversion costs. 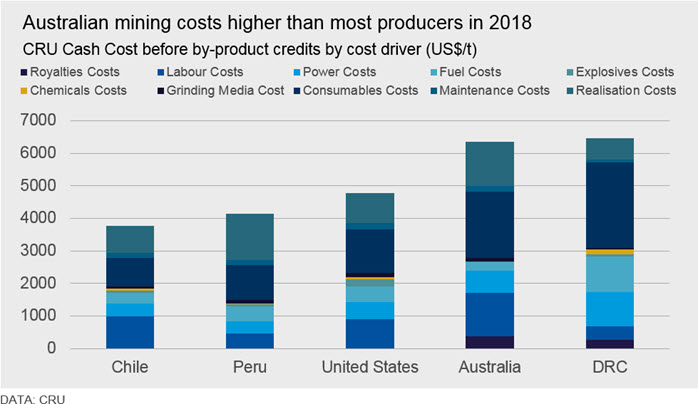 Part of this increase is expected to come from increasing labour costs. Australia, along with North America, have the highest labour rates globally, and during the last mining downturn, labour rates in US dollars saw a significant reduction in Australia, as well as in Chile and Canada. However, in 2017 wage rates started to move up and the average cost of labour at copper mines rose. Additional growth in labour costs is projected for the years out to 2022. Similarly, the cost of consumables is expected to increase.

Australia, alongside China and Chile have high power costs in absolute terms relative to other copper-producing countries. Australian power costs are expected to decline in 2019 and 2020, and gradually increase thereafter. It is worth noting that power cost trends are often very region-specific, reflecting local availability. Diesel prices on the other hand are comparatively low in Australia relative to the other major copper producing countries. However, diesel prices are expected to increase in future driven by rises in crude oil prices. 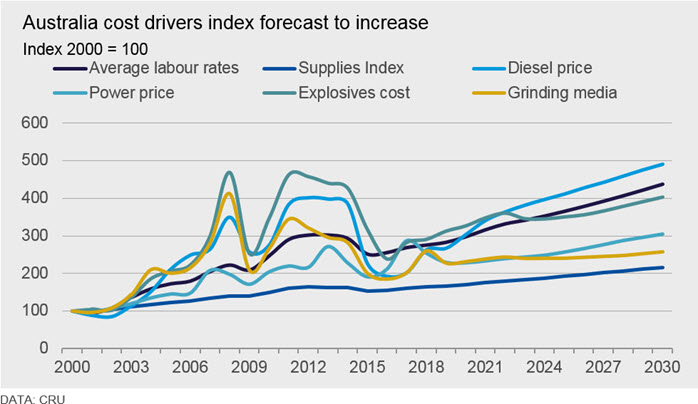 Developments in by-product prices are forecast to have a negative effect on costs for many Australian mines (which depend on high by-product credits), as silver and gold prices are projected to fall in the short term before recovering in the early 2020s. 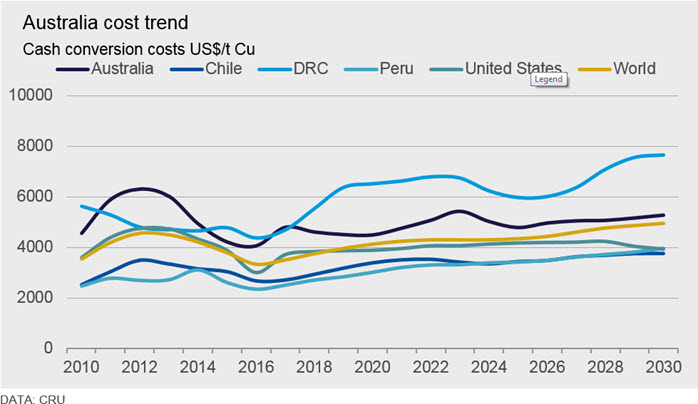 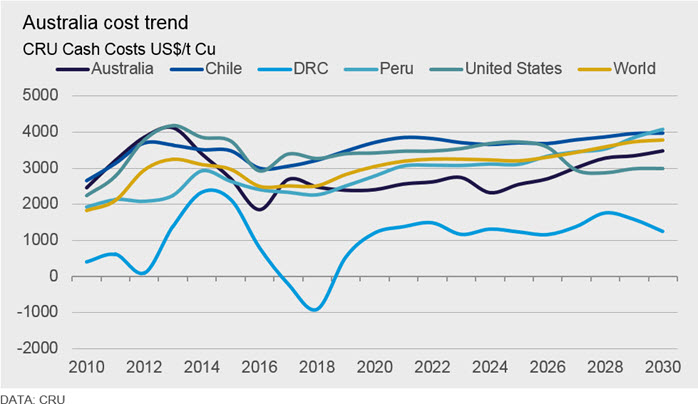