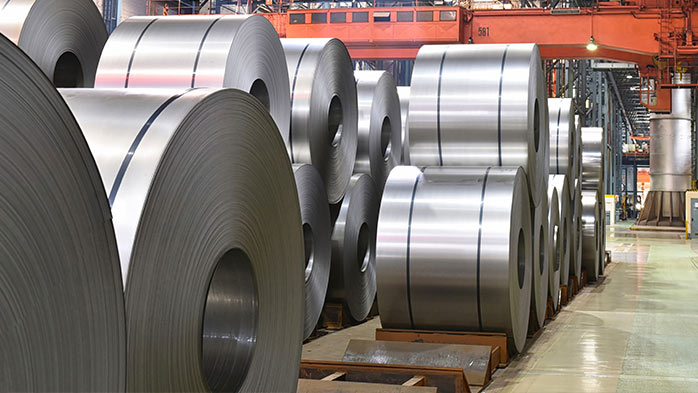 The steelmaker Hebei Jingye Group, China’s largest privately held rebar producer, has agreed to buy British Steel, subject to regulatory approval. How could a Chinese company benefit from the purchase of this UK steelmaker? We will consider and evaluate the key factors in this decision.


Can Scunthorpe fill a production bottleneck?

Jingye Group produces a variety of steel across both flat and long products, with a portfolio that spans rebar, plate, hot rolled coil and more. Their production facilities in Nandianzhen are top heavy, with greater finished steel rolling capacity than steelmaking capacity. It is not uncommon for steel mills to be organised in this way, as it allows for production to flex between product types depending on market demand.

In theory, billet or slab from Scunthorpe could be shipped to China to then be rerolled into finished products – in practice this is unlikely to be profitable for several reasons. Semi-finished products can be sourced locally at cheaper prices and lower lead times from either the domestic market or South East Asia. Beyond this, Scunthorpe’s existing hot end is relatively high cost, and when compounded with freight rates this will probably render this an uncompetitive option.

… and what about higher carbon grades of semi-finished steel?
Scunthorpe has the capability to produce high carbon grades of semis, potentially offering a product which cannot be sourced locally as easily. The Jingye Group’s facilities are located around 300km inland, inflating freight costs but leaving them about as well placed as most of the large Chinese exporters. Moreover, the Chinese government has ordered several steelmakers including Jingye Group to relocate their facilities – potentially closer to the coast – making such a trade route more viable.

Would high carbon semis be interesting for Jingye Group? We believe so, as this offers them an entry into a longer-term growth sector of higher value than construction steel.

The question remains of whether Jingye Group’s Chinese facilities would currently have the capability to process high carbon semis, and the products to which these would be processed.

What are the benefits of a European production base?
While China is subject to tariffs from the EU on their steel exports, the UK is not – and will presumably stay so post-Brexit. By expanding their production in this way, Jingye Group can gain a foothold in the European market – and will be able to continue selling Scunthorpe-made goods while other Chinese producers are left sitting behind protectionist measures. This diversifies their risk, despite British Steel’s facilities being relatively small volume compared to their Chinese production base.

Could the purchase introduce Jingye Steel to new markets?
The sale of British Steel includes the sale of its order book and customer base. While in the short term this will have the primary benefit of smoothening the transition of ownership, access to this customer base will have additional benefits in the longer term. While the EU currently subjects China to several defensive trade measures on a range of products – including rebar, wire rod and hot rolled coil – these measures are all eventually due to expire. Once this happens, Jingye Group will be better placed to supply their existing customers with Chinese-produced steel from their own facilities than their competitors. As mentioned before however, this will be subject to freight rates depending on where their Chinese facilities may be located.

This order book is for high value steel, in particular for the automotive industry. This is a sector that could be difficult gain a foothold in for any overseas producer – and an early established presence can make a big difference.

It is also important to note that this purchase includes not only the UK assets currently in receivership, but also British Steel’s European assets. This means that the relationship to downstream assets has been preserved, further helping to smoothen the transition.

What part has, and will, the UK government play in this decision?
The UK government is eager to find a buyer for British Steel, and as such it is a distressed asset. This leaves the negotiating power in the hands of the buyer and will generally mean that such assets can be bought for cheaper. This will naturally make such a purchase more attractive, and a lowered sale price can be enough to take a buyer off the fence.

As such, British Steel – despite being lossmaking – can be an attractive purchase given the right investment plan. What could such a plan be?

Jingye Group has announced that they intend to boost production from 2.5 Mt/y to 3 Mt/y over the longer term, though the option of shorter-term cuts to boost productivity remains. As well as increasing output, the new owners intend to invest at least one billion pounds in the company to increase steelmaking efficiency, increase scrap usage and reduce pollution. While not explicitly stated, could this suggest the replacement of the hot end with EAF production? The economics of EAF production at Scunthorpe have not yet been tested, so there would be some risk to such a switchover.

This drive to reduce the carbon footprint of steelmaking at Scunthorpe could attract government support. This serves to further take the edge off the price of this investment.

Beyond this, Scunthorpe can offer a testbed for decarbonising steel production, as Jingye Group will likely have to follow a similar process with their own facilities over the next years. This offers the chance to experiment with Scunthorpe and learn, while being supported in the process by European governments.

How can Jingye Group benefit from British Steel’s expertise?
British Steel has a history in the production of higher value steels, such as the various grades of wire rod used by the automotive sector. In contrast, Jingye’s current portfolio is focused around construction steels. British Steel can not only offer expertise in the area of automotive grade steels but can also offer knowledge around the production of heavy sections and structural elements. As Chinese skyscrapers grow taller, the focus of construction steels will shift from rebar to heavy sections. When this happens, Jingye Group will arrive with British Steel’s expertise in hand.

In the shorter term, in the event of Jingye Group needing to relocate elsewhere in China, the company would be offered the opportunity to reassess their product mix and steelmaking technology.

This exchange of knowledge can also work in reverse, with Jingye Group potentially delivering cost-saving measures and more to British Steel.

How does this fit into China’s recent push for M&A?
Beyond the benefits of tapping into both the demand volume growth opportunities as well as the growth in higher value sectors expected over the next decade outside China, there are additional upsides to overseas mergers. These include access to foreign technologies, distribution networks and customers, as well as the chance to bypass trade barriers. In addition to this, Chinese companies with a presence in foreign countries can supply Chinese infrastructure projects in these countries, encouraging partnerships. This behaviour has received huge policy support and reinforcement from the Belt & Road Initiative.