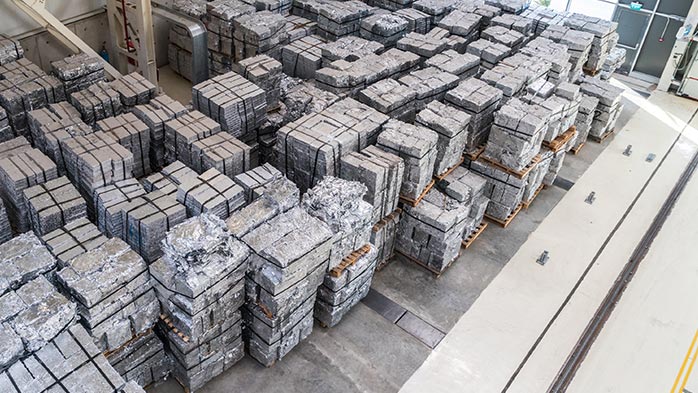 New standards for the imports of aluminium scrap into China came into effect on 1 July. The new standards are set to replace the current quota policy in place since July 2019.


However, Chinese customs have not yet released key information regarding the specific HS codes for scrap shipments under the new policy. Without the codes, scrap traders have been unable to ship their material into China, which according to various reports led to an inventory build-up in nearby countries.

Once the new codes are issued, scrap that meets the specifications will be categorised as raw material and will be free of import restrictions. Until then, the current quota system will prevail. 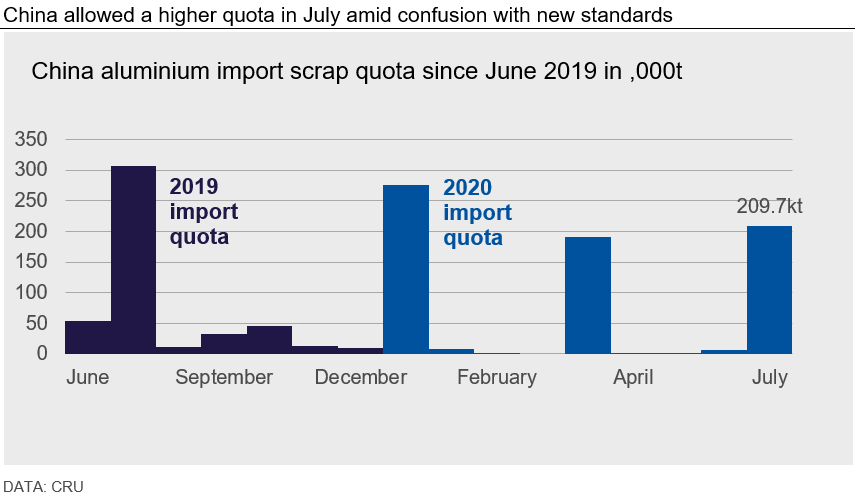 New law in September will give clarity on China “waste policy”
So far in 2020 China has issued quotas for 693,659 t of aluminium scrap imports, but the policy is set to expire next year. In 2021, China plans to ban the import of solid waste entirely. According to the Bureau of International Recycling (BIR) a newly revised “Law on the Prevention and Control of Environmental Pollution by Solid Wastes” will come into force on 1 September 2020. The law will clarify the legal requirements for the identification of attributes of imported goods suspected to be solid waste.

According to IHS Markit, imports of alloys under the HS code 76012000 have increased by almost eight fold in YTD to May 2020 compared with the same period last year. This comes despite the material attracting an import tax of 7%. In comparison material that will meet the new standards will only attract an import tax of 1.5%. Therefore, we do not expect the growth in secondary ingot imports into China to sustain over time.
__

Continuing the discussion
For up-to-date market developments and discussions needed during these volatile times, CRU hosts weekly live Q&A sessions for our aluminium subscribers. A recording of the 29 July session covering global scrap markets and China's new policy is available to watch on demand.

CRU Aluminium Subscribers - Access a library of Q&A sessions on demand within the news section of your aluminium subscription on CRU Online.