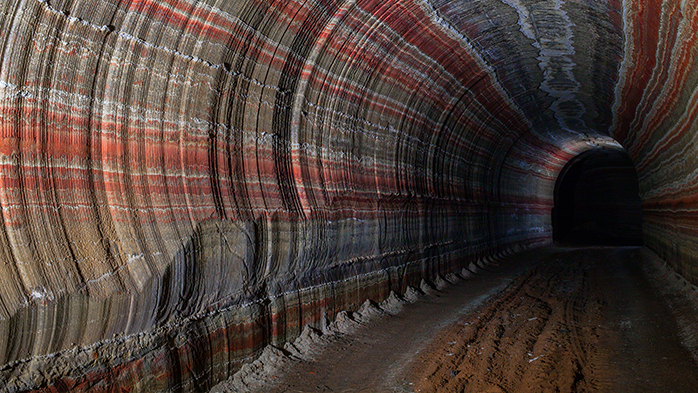 CRU's potash analysts, Paul Burnside and Gavin Ju, recently visited the Qaidam basin in China, which is home to over 10% of the world's potassium chloride output and attached is a review of their key findings.


This visit forms an integral part of CRU research approach, where we visit mines, plants and production facilities for a bottom up understanding of producers supply; capacity and cost structure. In turn CRU analysts then integrate these findings in our regular Outlook reports and annual/biannual Cost reports.

The Qaidam basin is a high plateau lying 2,800 metres above sea level between the Kunlun and Qilian mountains in western China. It is host to 43 salt playa (dry lakes) covering an area of 16,500km2. Home to small-scale potash production since the 1960s, commercial production didn't get going until the 1990s. Fast forward to 2015 and the area is producing over 10% of the world's potassium chloride and still growing. The last time CRU visited Qinghai was in 2013, but the 2nd World Potash Conference, organised by the China Inorganic Salts Industry Association in Golmud, Qinghai province, provided an ideal opportunity for Paul Burnside and Gavin Ju to head out on a research trip.

The conference itself boasted some 700 delegates, mostly from the Chinese fertilizer industry who came to listen and network. Remember that Qinghai is remote - 2,500km from Beijing and 3,400km from Guangzhou - and for many this was their first chance to visit the heart of China's potash industry. Speakers at the event included Wang Xingfu, Chairman of Qinghai Salt Lake Industry, Li Shoujiang, General Manager of Luobupo Potash and He Yongping, Vice Chairman of Kaiyuan Group. Overseas speakers included representatives of Uralkali, K+S and the International Potash Institute, while IFA's Michel Prudhomme provided a video presentation and Paul Burnside delivered CRU's outlook for the international MOP market.

But equally important was the chance to visit (or re-visit) production facilities in the province. Most potassium chloride production is at Qarhan playa, 70km north of Golmud. Operators sink wells into the playa and pump brine from beneath the surface into channels that feed large pond networks. Solar evaporation concentrates the brine until carnallite (potassium magnesium chloride) crystallizes. The carnallite is harvested either by using walking dredges, or by draining the ponds and sending in wheeled excavators. Then it's sent to nearby refineries to remove sodium and magnesium salts leaving potassium chloride.
QSL Potash

The largest producer is Qinghai Salt Lake Industry, which owns all the rights to the western half of the playa and produced 4.6Mt in 2014 across several subsidiaries. The company also produces urea from local natural gas, potassium hydroxide, PVC and is building a magnesium metal plant that will recover the magnesium content from tailings brine. We visited the newest potash unit, with a nameplate capacity of 1 million t/y, which was completed in 2012 at the QSL Potash subsidiary.

We also visited Zangge Potash, the second largest producer in Qinghai, which operates a string of eight refineries along the southern edge of Qarhan playa. Like QSL Industry, Zangge uses "cold crystallization" (also used in Israel and Jordan) to recover potassium chloride from carnallite, but at its smaller refineries it employs a Chinese-invented technology called the Number 4 Process. Zangge opened a new 800,000t/y MOP refinery in 2012, which is now served by a new 20km railway spur linking it to the mainline from Golmud to Xining and eastern China.

Today, the Qarhan playa is fully allocated and new developments are instead being made at the numerous smaller player further north. There the brine is usually a mixed chloride-sulphate, so potassium magnesium sulphate can be produced alongside potassium chloride. In fact, many producers choose to mix these two together to yield potassium sulphate. The largest operation outside Qarhan (apart from Luobupo Potash across the border in Xinjiang) is at Bindi Potash on Kunteyi playa. Bindi plans to start building a 1 million t/y potassium sulphate plant next year having completed a 480,000t/y unit in 2014 (that can actually produce close to double its "nameplate" capacity). Another project worth watching is at Yiliping playa where steel giant China Minmetals has acquired the mineral rights and is planning an initial phase of 300,000t/y potassium chloride.

Potash production in Qinghai (and Xinjiang) has grown tremendously over the last 20 years. China remains a major importer of potassium chloride, but much of the surge in consumption since 2000 has been met by the expansion of its own potash industry. It also now produces one-third of the world's potassium sulphate and the growing scale of Chinese exports could have major ramifications for that market. The future is rarely easy predict and nowhere more so than in China, but one thing is certain: the future development of this remote desert in western China will be crucial to the performance of the wider potash market.