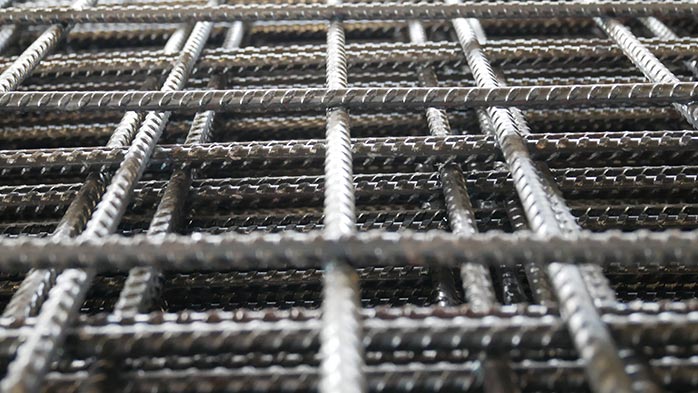 Vanadium prices have risen sharply since mid-2017, sending investor interest – and end-user concerns – soaring in this often-overlooked commodity.  Traditionally just a minor, though important, alloying element in steelmaking, vanadium is the potential next big thing in grid-scale stationary energy storage solutions.  This Insight from CRU examines the origins of the price spike and explains why the higher price environment will last longer than in the past.


Why did prices surge?
Between June 2017 and May 2018, prices for ferrovanadium DDP Europe increased from $12/lb to $30-32/lb, the highest level since 2008. Other ferrovanadium benchmarks surged too, along with the Chinese vanadium pentoxide (V2O5) feedstock price which rose from a typical $5-6/lb range to over $15/lb in May 2018. 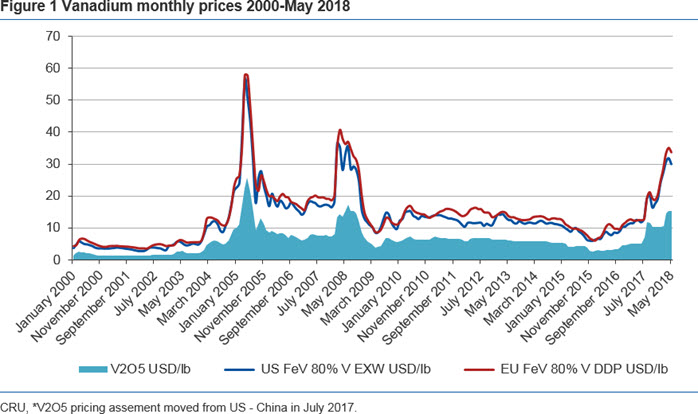 A coincidence of cyclical, structural and one-off factors have triggered this:

High prices set to last several years
Today’s price level of ~$30-32/lb EU FeV 80% V, while not “infrequent”, has historically (in the last 20 years) not been sustained for more than a year, as seen during 2004/2005 and 2007/2008. This time we expect prices to stay elevated for longer, as some of the cyclical drivers unwind much more slowly than in the past and structural factors provide long term support.

Impacts felt across numerous industries
Price spikes in vanadium are nothing unsual. There have been regular fly-ups in the past, characterised by prices falling nearly as quickly as they rose. This spike, while not sustainable longer term, is likely to be different, and longer lasting. With vanadium intensity rising in China on the back of changing rebar regulations, battery end-use looming on the horizon, and, crucially, economic and regulatory / policy issues weighing on the supply side (placing more emphasis on the development of primary production), prices are viewed to be better supported than in the past. This will have a major bearing on key industrial sectors, manufacturers and upstream miners and processors, including:

At CRU we make it our business to assess and identify exposures and opportunities arising from cyclical and structural changes in the market and, through our global and dedicated analyst teams and consultants, provide support in the form of regular market analysis and tailored consulting services, in financial due diligence, growth and procurement strategy.