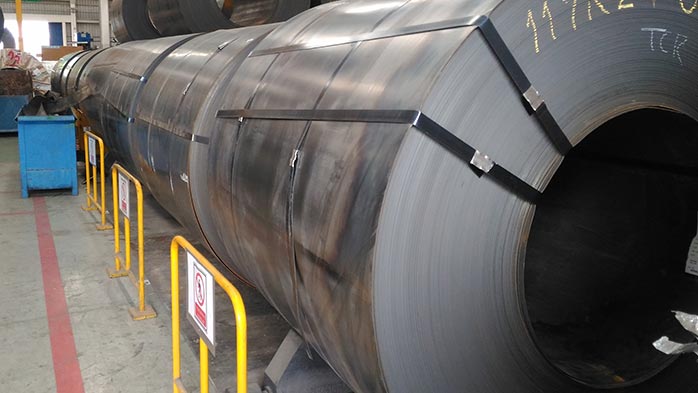 
Chinese imports of hot-rolled coil jumped by over 140% m/m to an eleven-year high in December, as imports from Indonesia surge following the ramp up of Tsingshan’s Sulawesi facility. Subsequently, China became a net importer of hot-rolled coil (HRC) for the first time in seven years, representing a structural change in Asian trade flows as production continues to shift towards lower-cost Indonesian operations.

Shifting trade flows: net exporter to net importer
For the last seven years or so, China has been a net exporter of hot-rolled coil, with their export position generally strengthening with time as both domestic production and global demand grew. Indeed, over the last three years China’s net exports averaged well above 100 kt/month. However, with almost 116 kt of hot-rolled coil arriving from Indonesia in December, China became a net importer for the first time in over seven years, with imports exceeding exports by a marginal 1.6 kt. 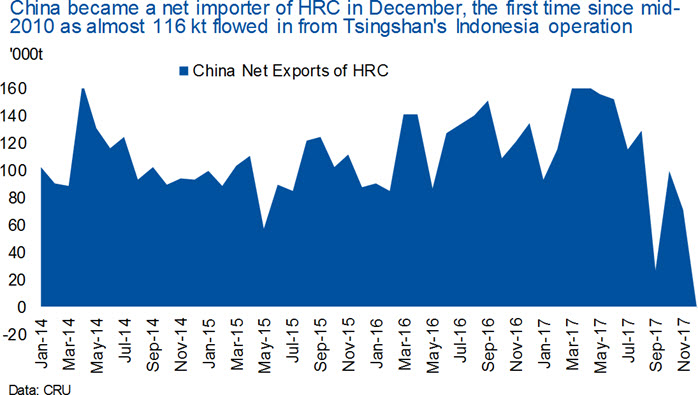 Tsingshan’s Indonesian facility continues to ramp up strongly
China began importing significantly higher volumes of stainless steel slab and hot-rolled coil in August last year following the start-up of Tsingshan Indonesia. It has been clear for some time now, that Tsingshan Group is, first and foremost, targeting the domestic Chinese market for large volume sales of the group’s highly competitively Indonesian material. The majority of imports arriving at Chinese ports were initially slab, however, there was a noticeable shift towards imports of hot-rolled coil in December, likely as some minor start-up issues at the recently commissioned hot-rolling line in Indonesia were overcome.

CRU believes that the slab to hot-rolled coil import ratio will shrink further in the coming months as a greater emphasis is put on processing ‘in-country’ by Tsingshan Indonesia, especially considering the recent start-up of their 1 Mt/y annealing and pickling line. On a combined basis, China imported almost 127 kt of stainless steel from Indonesia in December. 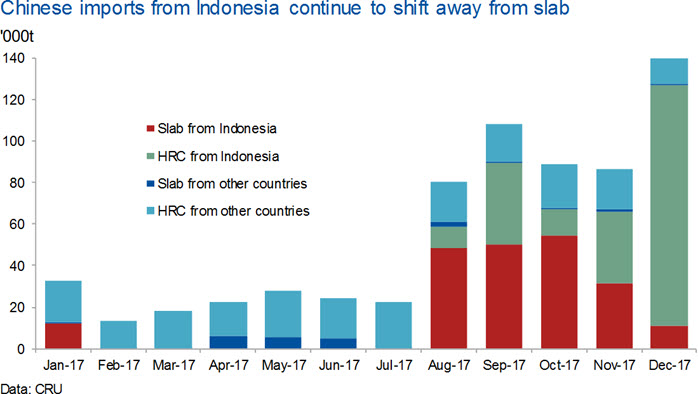 Conclusion
Looking forward, we expect hot-rolled coil imports from Indonesia could move higher throughout 2018 as production continues to ramp up strongly and further melting capacity is installed, particularly so in H2 2018. December’s data is therefore indicative of a structural shift in China’s net export position of hot-rolled coil. Indeed, we expect that China will likely remain a net importer of hot-rolled coil, or at best, a marginal net exporter over the coming years.