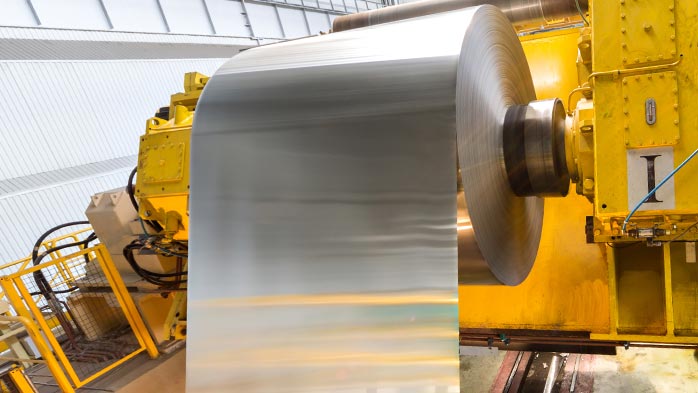 As another aluminium products manufacturer defaults on its corporate bond interest payments, the trend for the aluminium industry in China continues. Companies have defaulted on at least 20.7 billion yuan ($3.19 billion) in yuan bonds and $350 million in dollar debt in the six months through June, marking a 40% increase compared to the same period last year. In this Insight we explore the reasons for this trend and discuss why defaults could be seen as progress for China.

This is just one example, from the aluminium industry, of a growing trend in China. Companies have defaulted on at least 20.7 billion yuan ($3.19 billion) in yuan bonds and $350 million in dollar debt in the six months through June, marking a 40% increase compared to the same period last year. The data was compiled by Nikkei from Shanghai DZH and other sources. 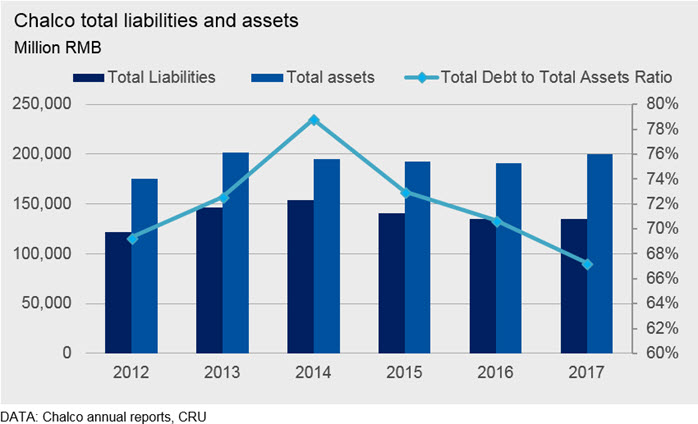 Thanks to the rise in the aluminium price in 2017 and a series of debt restructurings, Chalco’s gearing ratio (total liabilities to total assets) has gradually decreased to 67% in 2017 from 79% in 2014, which is still higher than the average 56% of listed companies from China’s nonferrous industry. The Group’s net finance costs for the year 2017 amounted to RMB4.484 billion, representing an increase of 6.66% last year. 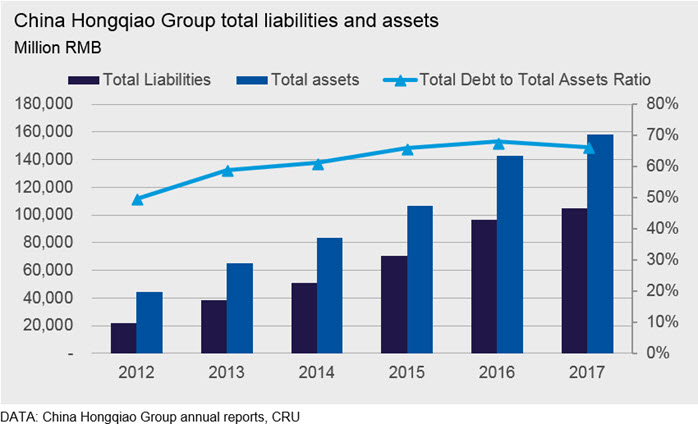 China Hongqiao Group, the main private aluminium company in China, is suffering from increasing debt in recent years due to its rapid expansion. By the end of 2017, China Hongqiao Group’s debt servicing cost was approximately RMB 4.08 billion, representing an increase of approximately 21.9% when compared to 2016. The gearing ratio has increased to 66% in 2017 from 50% in 2012, according to its annual reports.

China Hongqiao Group has signed a financing agreement with Industrial Bank Co Ltd worth RMB30 billion ($4.7 billion), according to a statement released by Hongqiao in June. CRU expects that Hongqiao could use the finance to repay its debt and invest in its downstream capabilities. CRU believes that Hongqiao’s rapid expansion phase is probably over and thus we do not take this refinancing as a signal that Hongqiao will necessarily invest overseas or expand its production base.

Defaults are progress for China
China needs to deleverage to deal with rapid growth of total debt and reduce the financial risk. In the last two years, the Chinese government has issued a series of policies to achieve that, including supply side reform, strict financing regulations, more environmental protection and other targeted policies. The government anticipates that these policies can help Chinese companies to generate more return to pay their debt, specifically for SOEs with weak competitiveness. They have indeed helped to improve the financial position of the SOEs in the Chinese aluminium industry.

On the other hand, the increase in defaults is alerting investors who may have previously assumed that the government would rescue any big company in trouble. As a policy approach, it will be better than accumulated risk. More defaults will also drive the cost of credit upwards. China’s central bank said on 24 June it would cut the amount of cash that some banks must hold as reserves by 50 basis points, releasing $108 billion in liquidity, to accelerate the pace of debt-for-equity swaps and spur lending to smaller firms, which reflects the concerns over market liquidity. Most of the Chinese aluminium companies are suffering from high financing costs due to their high debt. Tighter credit is likely to lead Chinese companies towards taking a more cautious approach for investing in new projects.