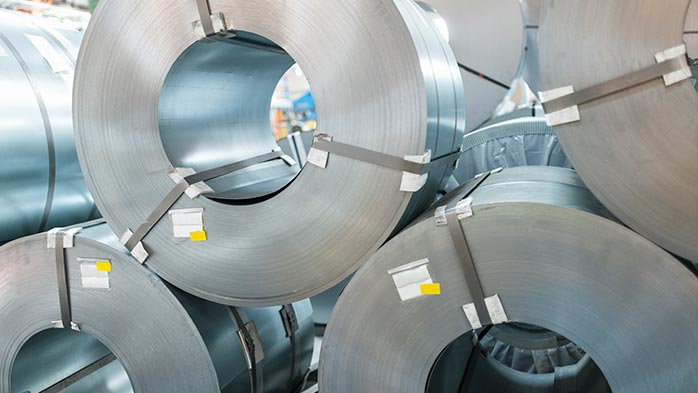 To protect the European steel industry from an anticipated import glut triggered by global overcapacity and the recent Section 232 measures taken by the USA, the European Commission launched a safeguard investigation on 26 March which might result in an import quota on all finished carbon and stainless steel products and would prevent European prices from dropping of a cliff.

According to the notice of initiation of the investigation, the total imports of the products concerned increased from 17.8 Mt in 2013 to 29.3 Mt in 2017. This increase is said to be the result of unforeseen developments such as the global overcapacity in steel making and trade measures adopted by a series of third countries during the last years. Furthermore, the EC states that the increased import levels had a negative impact on the market shares of European producers. Moreover, the sales prices of European producers were driven down by the lower price of imported material, which has allegedly resulted in a negative or low level of profit for European producers. The notice of initiation of the investigation also explicitly mentions the recent Section 232 measures by the USA as a likely cause for additional increases in import levels as countries with overcapacity may reroute their exports to the EU.

Although the notice of initiation of the investigation claims to react mainly to increases in imports that happened during the last five years, CRU believes that the timing of this investigation clearly indicates that the real aim is to shield European producers from the fallout of Section 232 because many exporters in Asia will soon reroute their material from the USA towards Europe.

The EC will abide by WTO rules
The EC promises to strictly follow multilateral rules – unlike the US Section 232 investigation, which will be most likely challenged at the World Trade Organization (WTO). Safeguard measures are a rarely used tool to defend the domestic industry in instances of sudden and massive gluts of imports. The WTO Agreement on Safeguards specifies the rules under which a country may impose safeguard measures:

CRU expects the EC to focus on Asian countries, which are about to redirect their exports from the USA to the EU.

Safeguard measures would reduce price risks
The Section 232 measures enacted by the USA currently pose a downward risk to European steel prices in two ways: on the one hand, European material destined for export to the USA might stay at home because of the 25% tariff and cause oversupply. Currently, the EU is exempt from the duty until 1 May and even if the exemption is not extended beyond this date, most EU exports are high-quality and specialty products, which cannot be easily replaced by US production and would still be imported to some extend even with the tariff added on top.

On the other hand, third countries that export much to the USA will seek to redirect their material to the EU and thus undermine the pricing power of domestic producers with their low-priced steel. This could be prevented if the EC reacts quickly and imposes a provisional safeguard tariff in the coming weeks. Thereby, the main downward risk to European prices posed by a sudden import glut could be reduced.

Combined, Section 232 and these European safeguard measures will close two major markets for Asian exporters and likely cause oversupply in Asia.