How food stockpiling for Brexit could cast tinplate as a winner 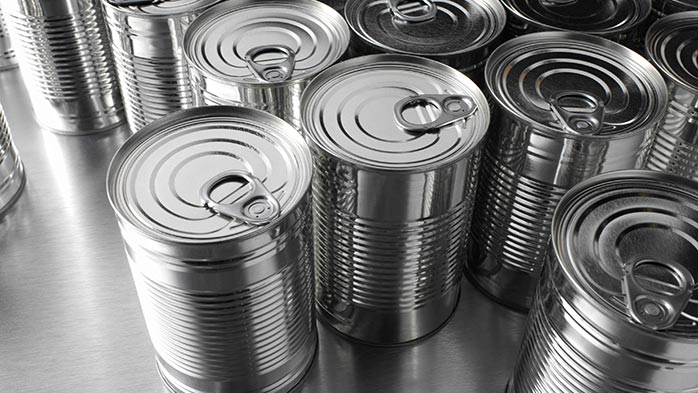 As has been discussed in the media of late, if the UK were to start stockpiling food ahead of Brexit, there could be a material upside to tinplate demand.


Recent media coverage in the UK has included speculation that its population might want to consider or is indeed already actively considering stockpiling food ahead of the Brexit date of 29 March 2019. This is because of the possibility of disruption to food supplies that could result from a change in customs procedures. UK government statistics show that the country imports a significant amount of food, especially fruit, vegetables and meat, and that 30% of all food consumed in the UK in 2016 was imported from the EU.

Setting aside for a moment the ridiculousness of a developed country in the 21st century potentially looking to behave in this way, there is a semi-serious steel-related angle to this. How does one stockpile food? 29 March is still many months away, so storage of fresh items is impossible. Frozen, dried or canned goods are the likely practical options. And cans are the obvious long shelf-life items that can be easily kept at the back of the cupboard for later use, perhaps later emergency use.

There are 27.1 million households in the UK (UK Office for National Statistics, for 2016).

Assume that stockpiling is carried out in a “measured” way and that half of all UK households buy 1 additional canned food item per weekly shop from now until Brexit
(33 weeks).

90% of food cans are made of tinplate. One standard-size food can weighs 45.4 grams (source: APEAL). There is a yield loss of 5% from tinplate to can.

That is an additional demand for almost 450 million cans between now and the end of March, which would consume around 19,000 tonnes of tinplate, or 8% of 2017 tinplate consumption. In what has been a long-term declining market that is a material source of possible upside. 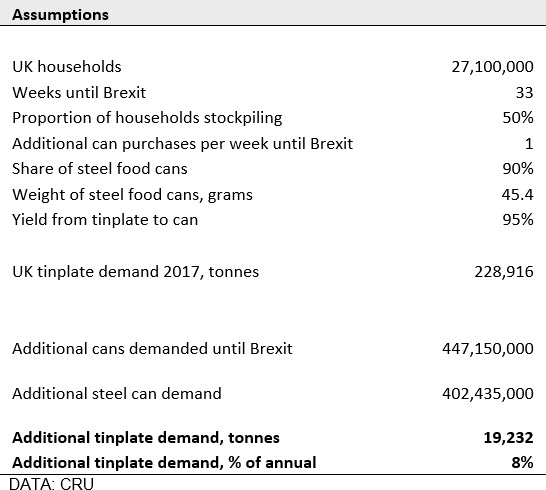