Insight from China: the trade war and beyond 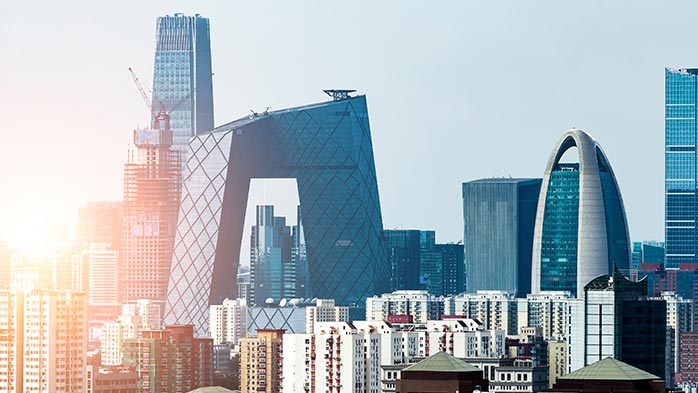 Last week I visited our offices in Beijing and Shanghai. The conversations I had and observations I made gave me an insight into how the trade war is affecting China.


My sense is that the trade war is hurting prospects in China both through weakening export prospects but also by weighing on domestic confidence. China will do all it can to ensure stable economic growth in 2019 through policy stimulus; but fine-tuning policy to deliver stability is not easy and, as such, we expect activity in 2019 to be bumpy with economic growth of around 6%. Prospects for metals markets will depend on the type and mix of policy stimulus that is chosen.

Trade war – a worry for the many not the few
Everyone I spoke to, regardless of age or profession, was worried about the trade war. They felt it was undoubtedly negative for China. There was a huge sense of relief that China and the US had agreed to a truce for the next 90 days. But the consensus view was that the trade war would continue, not just for the next few months but for coming years. Its path will be uncertain, dependent on a variety of factors and it will be dynamic.

The pessimist’s view is that there will be little chance of a US-China deal during the designated 90-day window. That is because while China can certainly import more – cars or soybeans – from the US, the challenge will be gaining agreement on trade practices and the speed with which China will open up its market to foreign companies. These latter issues are difficult to agree at the best of times given differences in culture and expectations between countries, but are even more difficult under President Trump, and the absence of China allies in the US government at present. The US seem determined to ensure that China shows a clear intent regarding these issues, and that it do so quickly and by front loading it’s offering to the US.

The 90-day agreement is no game changer
Our base case view is that tariffs will stay at or around current levels. In the strongman era Trump is seen to be marginally ahead, mainly because he is supported by the cyclical strength of the US economy. China was in that position in 2017 when its economy was relatively healthy, and it was able to push forward on its other objectives of a better environment, and financial market regulation to improve financial stability. Of course, the balance of power could shift again if the US economy took a turn for the worse. But we see that as a risk to our central view.

China’s reform agenda is not clear cut to outsiders
The annual China Central Government Economic Work Meeting (EWC) which sets the direction of main economic policies for 2019 was held in Beijing from 14-17 December. The government stated its main aim was to stabilize the economy in 2019, but it was not explicit about how it would achieve this. Nor did it disclose any new policy stimulus. It would also:

“Opening up” the Chinese economy does not mean that China is trying to change its economy to become like a typical western economy – although that is often how the US and Europe choose to interpret the policy. For example, the third plenum stated that the Chinese state-owned enterprises (SOE’s) would be reformed to operate under market principles. But there is some uncertainty on what those principles are in practice. From my trip I got the clear sense that President Xi Jinping’s vision is for China to be a “mixed” economy with private and public companies operating side by side. To me, this economic model is very different to what we see in the west.

An abundance of policy levers
Being a socialist market economy, China has so far had the ammunition (cash resources) and centralised power (supported by state owned enterprises) to enable it to deliver its desired growth rates – at least in the short term. Whether or not this can continue ad infinitum is, of course, more questionable. In my conversations, there was a realisation that any additional growth delivered in the near term, on the back of policy stimulus, is growth that is being borrowed from the future. Below, I set out some policy options that China is most likely to use in the near term.

What policy options are available?
During the EWC, the government stated that its main aim was to stabilize the economy in 2019. However, communication was not explicit about how these aimscould be achieved. The section outlines possible policy levers available for Chinese policymakers to achieve economic stabilisation.

Tax cuts
Given the low tax base in China, and the fact that households tend to save some of the money they gain from tax cuts, our view is that this form of policy is less effective. That said, as China re-balances its economy away from investment and towards consumer driven growth, others speculate that the government is more likely to stimulate the economy through VAT tax cuts. There is speculation the VAT rate may be reduced from its current rate of 16% to 13%.

Property market
Recent concerns about overheating in the property market, and the type of more restrictive policies the government implemented in 2016 and 2017, led me to believe that a nationwide property-related stimulus would be off the table in the next round of stimulus. That said, some in China felt that 2019 could see some form of stimulus in the property sector, with implementation varying across cities. This would allow authorities to ease property purchasing constraints in certain tight markets.

“Just enough” policy stimulus
We judge that the stimulus in 2019 will not be as large as 2008 but instead will be just enough to stabilise economic growth. And given the rebalancing of the Chinese economy away from investment and towards consumption since 2008, we asses that the stimulus will not be as construction sector intensive as 2008. We also judge the impact will not be uniform across metals markets, with those more exposed to foreign markets losing relative to those that are domestically focused. In the November edition of our Industrial and Economic Outlook, we undertook a scenario analysis in which we consider what would happen if US tariffs on China rose further. And to offset any negative impacts on growth from these additional tariffs, the authorities were assumed to undertake fiscal stimulus in the form of infrastructure spending. We found it would be net negative for Chinese Aluminium demand (which is now more export oriented) but positive for Steel, Copper and Zinc demand (domestic focused markets).

How low can you go? Economic growth broadly stable out to 2020, but lower after
The domestic economy in China is slowing, partly by design, as government supply side reforms take hold, and partly due to some adverse confidence effects that have been set off by the trade war.

The 10% tariffs imposed in September are thought to have led to a front loading of export and import orders, to avoid the additional rise in tariffs to 25% that were due from 1 January (before the 90-day truce). As a result, the adverse impact of tariffs on exports is only just starting to show up in trade indicators. We expect economic growth to decline a little further in the near term, partly because the stimulus announced so far has been marginal (according to CRU estimates, it equates to ~0.5% of a boost to GDP), and partly because the stimulus takes time to feed through to the economy, and boost growth.

CRU’s view is that China will slow to 6.0% in 2019, from 6.7% in 2018. We feel this is sufficient for Xi Jinping to deliver his promise to double the level of GDP between 2010 and 2020. Among the people I met, expectations of growth beyond 2020, were much lower, in a range of between 5% and 6%. The consensus was that the authorities would successfully manage a slowdown in growth expectations, by continuing to emphasise that quality, rather than rate, of growth matters. In other words, 5% growth accompanied by a cleaner environment and low financial risk was better than faster growth of 7%, where the environment was less pleasant and financial risks high.

But economists in China emphasise that what really matters in terms of social stability and a smooth transition to an advanced economy is not the rate of growth, but rather the rate of employment growth – allowing the continuation of rural-to-urban migration. With an ageing population in China, the emergence of new workers into the working age population falling, a much lower growth rate will be compatible with near full employment in China in 2019 than it was a decade ago.