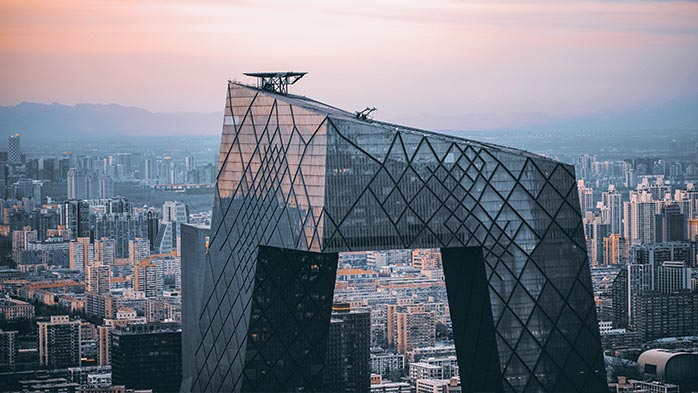 
At this seminar we showcased the depth and breadth of CRU’s research from our global team of Analysts and Consultants based in our Beijing and London offices. Many major areas of discussion and interest emerged. The following summarizes the key conclusions:

Global macro-economic outlook: The key point for the global macro-economic outlook is that although we expect growth in 2019 to remain relatively healthy (2.7%), it will be a little weaker than 2018 (3.1%). This is due to slower growth in the US, Europe, China, and in the rest of Asia. In 2018, US growth has been supported by a fiscal stimulus package. But this fiscal stimulus can only have a temporary impact on growth. The recent Fed interest rate increases will raise the cost of borrowing and dampen domestic spending. There will also be negative effects from the trade war, which pushes up import prices and lowers demand. We expect US growth in 2019 to slow to 1.9%.

Eurozone activity is also expected to moderate in 2019. The main driver of the slowdown is a tightening of the ECB’s policy stance, by ending QE from January and potentially raising rates in late 2019. This will create a slowdown in construction sector and autos will also slow. The Eurozone is forecast to stabilise at growth rates of around 1.5%. In China, we believe the authorities will continue to deliver a managed slowdown in economic activity. And that will lead to gradual slowing in the construction and auto sectors. 2018 has not been a good year for autos in China. Economic growth in China may slow to 6% in 2019. Emerging markets such as India and SE Asia will be among the best performers in 2019, but even these markets may experience small reductions in economic growth.

The two biggest risks include the possibility of a downturn in the US and an escalation of the trade war. The current US expansion has been one of the longest on history, so the chances of a US recession are rising. It is hard to call the exact timing but based on where indicators currently we think it is around 12-18 months away, barring another round of tariff escalation. On trade tensions, the G20 meeting between President Trump and Xi was a positive development, but we need to wait for what happens on the talks over the next 90-days. Our base case is for tariffs to remain around current levels, but if there is no progress there is a risk of tariff escalation. This could cause a confidence crisis, where trade escalation creates uncertainty and volatility in financial markets which feed through to the real economy and lead to falls in GDP of more than 1.2% in the USA and China, compared to the base case.

If US tariffs were raised on all Chinese goods, Chinese exports would fall. But if China offsets that fall completely and perfectly with additional infrastructure spending, this could be positive for metals industry. CRU estimates suggest that such a scenario, looking only at the direct impact of an infrastructure stimulus is positive for most metals, but is negative for aluminium, because aluminium is more exposed to the export market.

Steel Market: Under the backdrop of a managed slowdown of economic growth, steel demand is forecast to fall by 0.4% in 2019, largely due to weakening end-use sectors, such as domestic automobile manufacturing. However, the downturn in long products demand will be partly offset by increased construction investment. Meanwhile, tougher environmental control will continue to restrict supply and increase production cost, but these efforts on industry optimisation will improve capacity utilisation and lead to healthier profitability.

Although iron ore demand will fall in China, the increases elsewhere can offset the losses, enabling a modest growth in iron ore demand in the rest of the world. Meanwhile, iron ore supply will improve from 2019 as a number of mines are expected to resume production. Having said this, CRU believes the global iron ore market will be in balance over the next five years. This will lead iron ore prices to move towards the 90th percentile of the global iron ore cost curve. Similarly, met. coke and met. coal demand will fall in China and rise elsewhere. Although China has eliminated some coke capacity over the past several years, domestic coke demand contraction will enable China to continue to be a key coke exporter globally. While Chinese coke demand is predicted to fall, the quality requirement will be higher, meaning that demand for high quality coal will be stable at the expense of demand reduction in weak coal. This will lead China to be a more critical met. coal importer in the global trade market, as domestic coal quality will deteriorate over time.

Copper Market: Copper could be one of the most fundamentally strong non-ferrous metals in the next five-year forecast period due to the pending deficit in the upstream concentrate market. Elevated copper prices since late 2016 did incentivize more mine projects being funded and advanced, but the project pipeline is still thin compared with rising raw material requirements from the heavily expanding smelting sector in China. Not to mention that most of these new mine projects still have lots of operational, financial, and geopolitical challenges to be taken care of. The declining ore grades and resource depletions in existing mining operations are pressing down on global mine production, which will eventually impact cathode production, causing a potential shortage in the refined metal market from 2020 onwards.

However, we are currently forecasting a lower copper price for 2019, averaging $6437/t in our base case. The concerns over unresolved trade frictions between China and the U.S. and potential implications for global economic outlook have dampened market sentiment, resulting in long positions being closed and yet to come back. There could be some upside risks to our forecast if the Chinese government injects more liquidity into the economy in 2019 to support infrastructure projects and private manufacturing businesses where most copper demand is consumed. Nevertheless, we do not think the refined market will undergo supply stress in the near term, even with the serious disruptions in the smelting side (Tuticorin and Pasar) that might not be tackled until Q3 2019.

Aluminium Market: Due to the increasing supply both in China and outside of China in 2019, we expect the alumina market to move into a generally balanced market in 2019 from the deficit market in 2018, which is expected to place further downward pressure on the alumina prices. China became the net exporter of alumina for the first time in 2018, and we don’t think it is sustainable because the supply outside of China will increase and the demand from China domestic market will continue to grow.

Aluminium demand outside of China will continue to grow moderately in 2019, however, the aluminium demand in the domestic market has been pretty weak in the second half of this year and is expected to be weaker with the coming weak demand season. Quite a lot of uncertainties remain for the demand in China in 2019. Aluminium production, both ex China and ex-China are likely to grow. Despite the 2.0Mt of deficit expected in 2019, aluminium prices are still under downward pressure in the short term, but prices might start to rise in the second half of 2019 if there is a further stimulus package or positive trade talks between US and China.

Zinc Market: Concentrate availability has already improved as reflected in higher treatment charges in H2 2018, exerting much pressure on zinc prices. The price will be supported in Q1 2019, as some Chinese zinc smelters’ production is restricted, due to the environmental or financial problems. Zinc concentrate supply is expected to increase further by 1.03 Mt in 2019, and around 80% of the increase will be contributed by mines in ex-China. The surplus in the zinc concentrate market is expected to drive TCs to rise, lifting smelters’ revenues and utilisation rates. We expect refined zinc production to increase by 786kt in 2019, with a surplus of 30kt in 2019. China will continue to add the most to global demand in tonnage terms and we expect global demand to grow by 1.3% in 2019 with an increase of 1.5% in China. We forecast the average zinc prices at $2450/t in 2019.

Nickel Market: There have been several large HPAL projects announced in Indonesia in the second half of 2018. These are invested by Chinese companies and have very low capex and have resulted in the nickel price falling sharply in second half of 2018 to around 11,000 USD/mt currently as investor expectations for nickel have moved into surplus for the next few quarters. In 2019, driven by new NPI projects in Indonesia and China, we expect global primary nickel production to rise by 10% to 2.35 million tonnes but total NPI production will be up by 18% YoY. As a result, NPI will revert to trading at a big discount against class I nickel from late Q1 2019 and, as a result, stainless steel producers will reduce class I nickel usage in stainless steel production. We expect class 1 nickel usage in the stainless steel industry, already down from 21% to 18% in 2018, to drop below 15% in 2019.

According to our base case, global nickel consumption is forecast to rise by 4.1% to 2.4 million tonnes. However, there are downside risks attached to the demand forecast stemming from an escalation of the US-China trade war and a more severe slowdown in the Chinese economy. There remain key demand drivers from Asian stainless steel production and EV battery consumption although we are not optimistic about the usage of the NCM811 anode in the Li-battery industry after cobalt price tumbled. Under the expectation of an 40,000 mt nickel deficit in 2019, we expect nickel price rebound to around 13,000 USD/mt in middle of 2019.

Electric vehicles in future cities: CRU has examined the impact of infrastructure investment on copper consumption by looking at the trend in global urbanization since the Second World War. The global urban population exceeded the rural population in 2005 and will grow to 70% of total population by 2050. At the same time deteriorating pollution is the side- effect of comfortable city life and a cleanup is needed through government policy, which is the foundation for the EV revolution. We believe the EV revolution will bolster infrastructure investment in power generation, transmission, distribution and charging, and as such boost copper consumption significantly especially beyond 2030.

In a “light green” scenario, we forecast continued progress being made towards a low carbon future through advancements in lower costs and availability of “green” technologies, and a rising demand for (and affordability of) less environmentally harmful sources of power and mobility. Copper consumed in EVs in such a scenario by 2030 is 2.2Mt and copper consumed in EV infrastructure in 2030 is 0.7Mt.

In a “deep green” scenario CRU assumes that governments, individually and collectively, go beyond policies and measures already in place. Also developing “Green” technologies would progress rapidly and consumer behavior demonstrate a greater willingness towaards a cleaner city. Copper consumed in EVs in such a scenario by 2030 is 3.7Mt and copper consumed in EV infrastructure in 2030 is 1.3Mt.

Under both scenarios, China will be largest EV market, accounting for about 50% of global market.

CRU continues to be the thought leader in commodities research. If you are interested in any of the above topics mentioned please do contact us to discuss further.