Will US aluminium consumers pay for 232 tariffs? 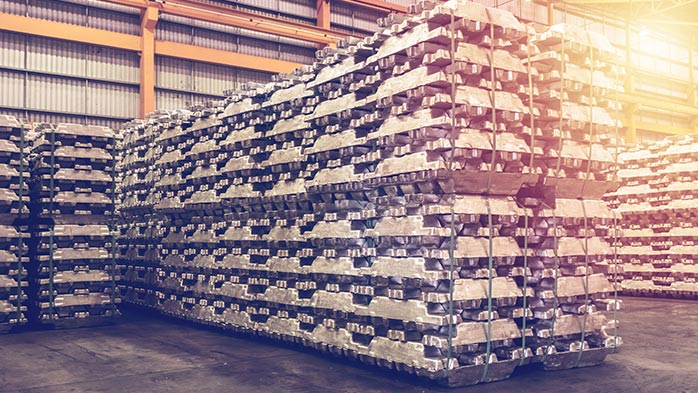 President Trump has imposed a 10% tariff on US aluminium imports. Alongside Mexico and Canada, Australia has now also been exempted. Along with domestic production restarts set for the coming year, can smelter restarts and higher imports from Canada and Australia balance the US market?


The state of the market
The US President issued an executive order following the Section 232 investigation, examining the threat of aluminium imports on national security. As a result, a wide ranging 10% tariff on aluminium imports will be implemented on 23 March. Exemptions were given to Canada and Mexico, contingent on “satisfactory outcomes in ongoing negotiations.” Even with this exemption, over 35% of annual US primary aluminium consumption would need to be supplied from countries which are now subject to the duty.

On Twitter, President Trump has since announced that Australia will be exempted. In exempting Canada and Australia, the US has exempted the third and fifth largest producers of aluminium outside of China from its import tax. For now, Canada and Australia have no caps or quotas on shipments to the US, but these may come.

Make US smelting great again
For the foreseeable future, the US will remain heavily dependent on imports. In 2017, the US primary aluminium import requirement stood at 4.7 million tonnes, and only 14% of demand was met by domestic smelters. US smelters are expected to almost double output from 2017 to 2019. The New Madrid smelter will restart 200,000tpy of capacity in 2018, while Century Aluminum plans to restart 150,000tpy of idle capacity at its Hawesville smelter. 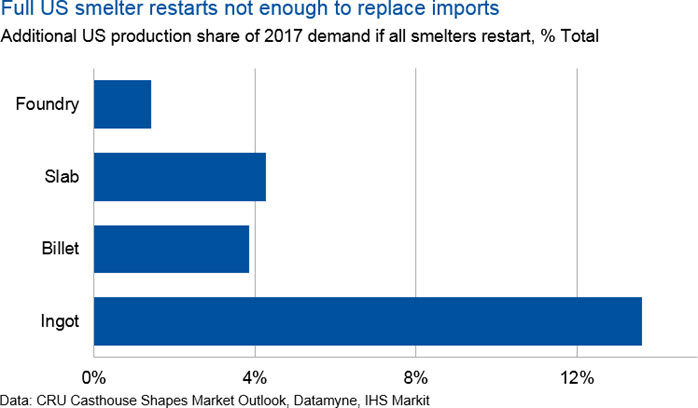 The US requires a six-fold increase in 2017 production to become self sufficient.

Restarting domestic capacity will not be enough to cover domestic demand. Indeed, the US requires a six-fold increase in 2017 production to become self sufficient. Comparatively, Canada and Australia already produce 4.7 million tonnes of primary aluminium, the same as the US’s current import requirement. While higher domestic production will reduce import reliance, US consumers remain bound to imports. Tariff exemptions are crucial in determining how much US customers pay and will dictate future aluminium trade flows.

NAFTA-only exemption—Half way there
If only Canada and Mexico are exempted, the delivered price of aluminium in the US will incorporate the full 10% duty. Europe provides a good example of why the duty will most likely pass onto consumers. Although only approximately 30% of aluminium supply comes from imports subject to a duty, sale prices typically include a duty component, even for European producers. 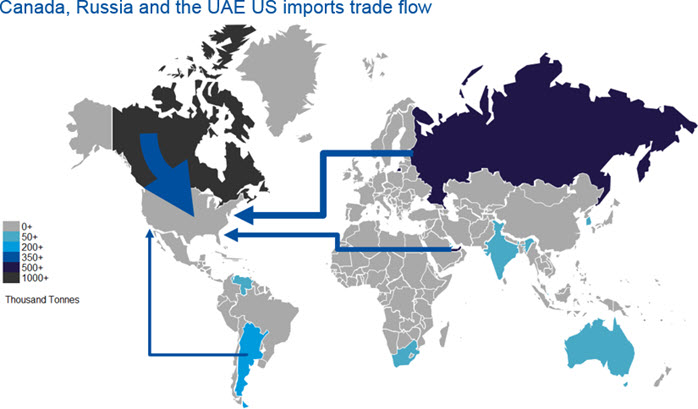 Unsurprisingly, suppliers are now scrambling to bring in as much ingot as possible to the US before the tariff comes into force on 23 March. However as of mid-March, trade data indicates few of these shipments have yet to arrive in the US; year to date imports are down 24%. 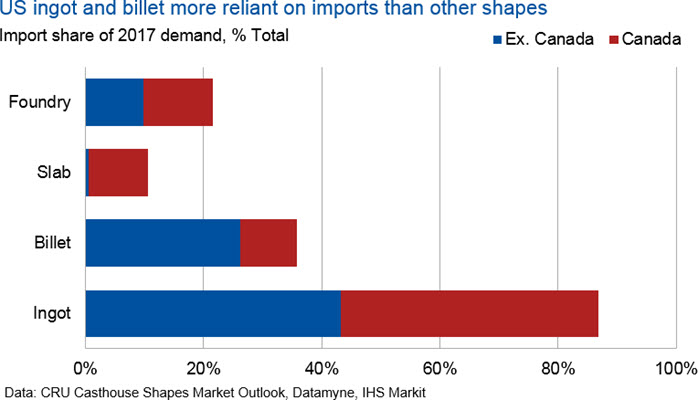 Barring a seismic increase in imports in the second half of March, ingot supply will be tight in 2018. Buyers will see their aluminium raw material costs go up by close to 10%. Buyers of ingot do not have meaningful negotiating power over the coming year in the circumstances detailed above, and will pay the duty. 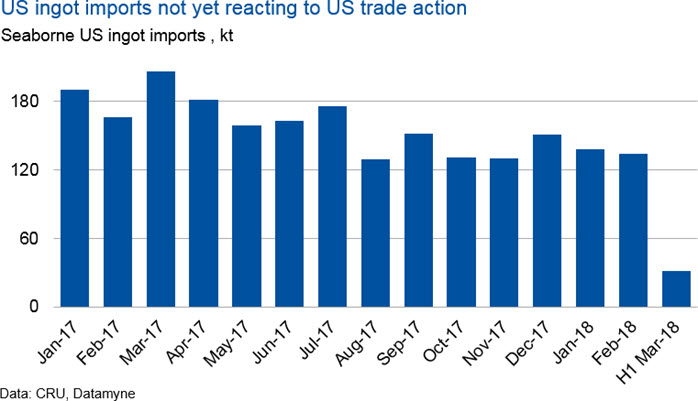 Australia exemption—Living on a no-quota prayer
Mixed signals from the White House mean the Australia exemption is not yet a done deal. Since the Twitter exchange with the Australian Prime Minister, the US said they may still consider historical trade volumes when deciding who to exempt. Yearly quotas could then be imposed on countries. For Australia, any quota based on historical trade to the US removes almost all the advantage of any tariff exemption. While one of the largest aluminium producing countries worldwide, a mere 83,000t was shipped to the US last year, equivalent to 2% of US imports. If a quota is implemented, there will be no further impact on the Midwest premium.

A full tariff exemption with no quotas for Australia and Canada is a very different story. Assuming almost all Australian and Canadian production is diverted to the US by 2019, this combination alongside US production restarts will fill the much of the supply gap created by the tariffs- heaping downside risk on the US Midwest premium.

US prices will still rise but are unlikely to rise to the full 10% tariff. Buyers will have more power in the market, as Canada and Australia could cover 97% of the US import requirement in 2019. Spot premiums will be volatile as other suppliers shift supply chains away from the US market, with last minute purchases becoming more expensive.  This will support the Japan CIF premium, but volumes currently shipped to the US will be fast diverted in Asia and indeed Europe.

Trade war or industrial remedy?
If Trump wants to bring back US aluminium production, exemptions will dissuade producer investment in restarting production. Nonetheless, even if most of the US import requirement comes from exempt countries, producers will look to pass most of the tariff onto consumers.

If Trump wants US allies to agree to a set of actions limiting Chinese supply, recent developments are a step in the right direction. The US remains a very attractive market, for which countries and companies are lobbying hard to have open access to. Even if many countries are eventually given exemptions, these diplomatic negotiations will take time. For now, it will be US buyers paying the price of the tariff.