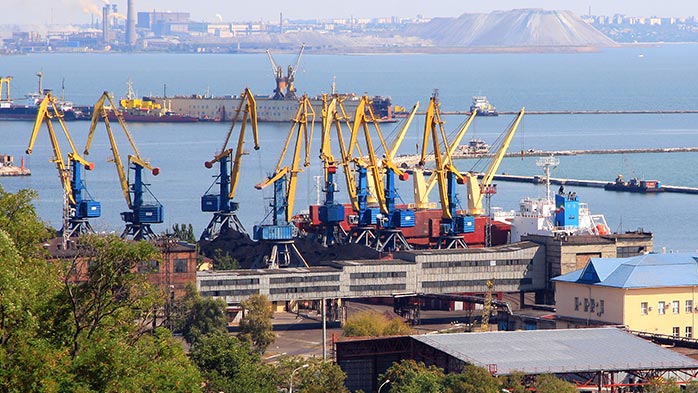 A naval clash between Ukraine and Russia November 25 has further strained relations between the countries, with fears that trade could be affected should it become a full-blown crisis.


Ukraine says Russia is deliberately blockading Mariupol and another Ukrainian port on the Sea of Azov, Berdyansk after Russian border guards fired on three Ukrainian ships and seized their crews off the Crimean Peninsula.

German Chancellor Angela Merkel has suggested “sensible dialogue” will solve the crisis but an escalation in tensions between the two nations could have wide-reaching effects, including on fertilizer trade.

Nitrogen fertilizers impact
Neighbourly disputes over nitrogen fertilizer exports have been around for a decade already with the imposition of duties on Russian ammonium nitrate (AN) by Ukraine on May 21 2008.

Ukrainian anti-dumping duties on Russian nitrogen fertilizers, excluding ammonia, prevail and are set at 31.84% through 2018.

The impact of the Russian sanctions announcement is still unclear, but most believe ammonia trade between Russia and Ukraine will continue in the short term. This is because sanctions do not prevent payment from Ukraine to Russia for ammonia received but will instead block Russian bank accounts and funds owned by Firtash and Kolomoisky.

At present, Ukrainian nitrogen plants such as RivneAzot and CherkassyAzot are reliant on Russian ammonia to produce downstream products urea, AN and UAN. As such, a retaliatory decision by Ukraine to limit imports of Russia ammonia appears unlikely.

Should the relationship between Russia and Ukraine worsen further, Russian president Vladimir Putin who has called the sea clash “a provocation” organised by Ukraine's authorities in the run-up to the Ukrainian presidential election, could cut Ukraine off completely. This severing in trade would include natural gas supply from Russia to Ukraine and would effectively terminate downstream nitrogen fertilizer production in Ukraine.

Optimism on the part of OPZ that a natural gas tolling deal with EFTX Group of Oman would proceed in December this year failed to materialise. Clearance from the Kiev government did not emerge, and OPZ mothballed its nitrogen plant from December 1 2018.

Ammonia imports into Ukraine via the OPZ terminal in Yuzhnyy (which continues to run independently of the OPZ plant mothballing) are an option from nearby countries such as Egypt and Algeria but would necessitate investment and work on the terminal to ensure it can cope with imports as well as exports.

Russia will probably continue shipment of ammonia from its Rossosh and TogliattiAzot plants to Yuzhnyy via pipeline even if ammonia exports to Ukraine cease. Domestic Russian ammonia demand is significant and has even increased in recent years, but the country would be unable to absorb all merchant ammonia produced at Rossosh and TogliattiAzot if plants were running at rated capacity.

Another option for Russia would be to export ammonia out of Baltic Sea ports Sillamae and Ventspils, given that TogliattiAzot ammonia used to be railed to and exported out of the former. Most of the rail cars have since been sold though, and it is an expensive method of exporting Russian ammonia.

Given that several difficult and costly options lie ahead, Russian and Ukrainian fertilizer producers will likely be hoping for a swift resolution to the naval spat to avoid confronting potential difficulties in trade. Should relations deteriorate further, the impact on the Black Sea nitrogen fertilizer industry could be significant and trigger additional price volatility.