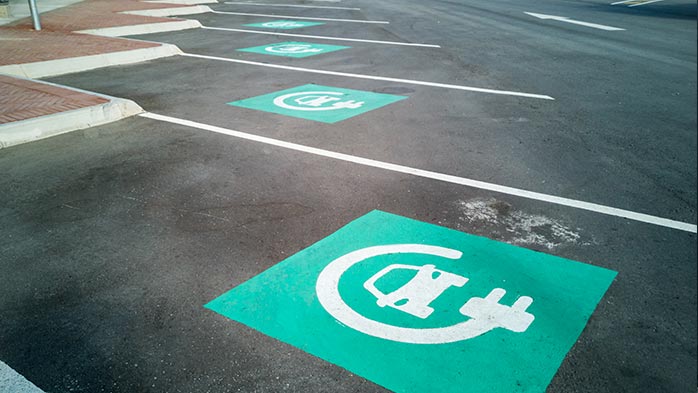 China introduced its new subsidy policy for electric vehicle sales in 2019 last week. While many in the market were expecting a drop year-on-year of around 40%, the announced scheme is lower than expected, with EV subsidies declining by 50-55% in 2019 on average.


In this Insight we explore the subsidies in detail and look at what has changed since last year. We assess how the subsidies would work in practice and consider how battery metals will be affected.

This year’s Chinese subsidies are more aggressive against low-quality, low-range vehicles which make up the bulk of Chinese EV sales at present. Vehicles will now need to have a range of more than 250km and a minimum energy density of 125Wh/kg to qualify for subsidies, making much of the current market now exempt from subsidies.

CRU calculates that China was responsible for 65.2% of global BEV sales in 2018, meaning that changes to Chinese EV subsidy policy has a marked effect on the BEV market as a whole. Current subsidies continue to favour vehicles with large ranges and high-performance batteries, both of which result in larger batteries and more demand for nickel and cobalt. However, this might be balanced out by a slowdown in Chinese EV sales growth, caused by issues with credit and consumer spending as Chinese economy growth continues to slow down in 2019. 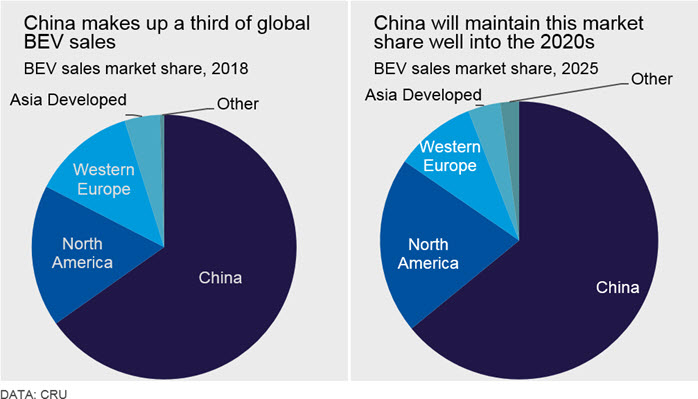 How have these subsidies changed from last year?
The Chinese EV subsidy policy remains complex in 2019. Similar to recent years it calculates the subsidy per vehicle based on a number of factors including vehicle range, battery energy density, battery size (in kWh) and energy consumption in kWh/100km. For PHEVs, this is further complicated by laws around energy efficiency when the vehicle is operating in fully-discharged hybrid mode.

Changes to the subsidies from 2018 will vary depending on the specifications of different vehicles – but on average, they have declined by around 50-55%. However, the starkest difference will be felt by purchasers of cheaper, low-end vehicles. China has raised its minimum energy density requirements from 105Wh/kg in 2018 to 125Wh/kg. This makes vehicles made with lower-quality battery chemistries like LMO and NMC 111 exempt from subsidies. China has also raised its minimum range requirement from 150km to 250km, which will cut off a substantial portion of the Chinese domestic market from accessing subsidies.

The last key change to the finalised subsidies (as opposed to what was published in draft documents last year) is the change to rules on minimum energy densities for vehicles. To learn more about this, please take a look at our insight from January, New year present for OEMs – China relaxes EV battery requirements.

China wants to stimulate its high-performance EV sector
As BEVs increasingly become closer to price parity with their ICE counterparts, China continues to reduce subsidies – especially for shorter-range, cheaper models. However, stimulating production and sales of mid-range and luxury BEVs remains of significant interest to China. Despite their strong industrial output – as well as being the largest car market in the world – China has historically struggled to build an effective domestic automotive sector. Domestic automotive sales have traditionally been dominated by foreign companies with manufacturing plants inside the country.

The explosion in demand for electric vehicles worldwide represents a major opportunity for the Chinese economy. China already has a massive market share of battery manufacturing which continues to outpace other countries like Japan and South Korea. In addition to this, electric vehicles are typically cheaper, less complex and much easier to manufacture than ICE vehicles. 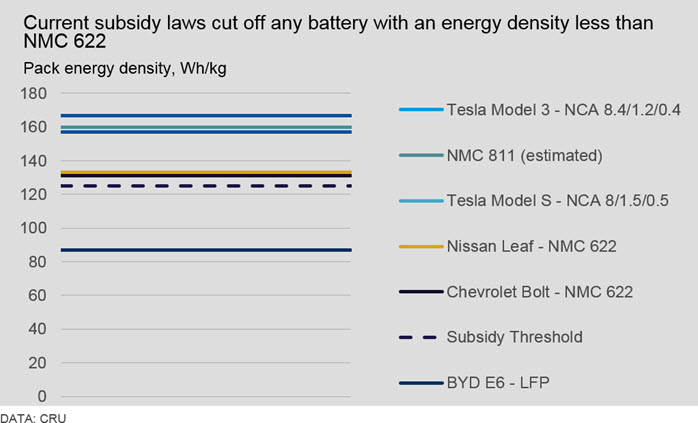 If China can stimulate the development of a mid-range and high-performance domestic EV industry, this would represent a massive export opportunity for the country. This is the most likely reason for why the Chinese government has opted to continue to subsidies good quality, high performance BEVs while halting support for low-range vehicles which are only suited for domestic sales.

What this means for battery metals
The 2019 Chinese subsidies represent a reduction of around 50-55% on average compared to the previous year. Many market participants had been anticipating a drop of around 40%, so this drop was slightly worse than expected in the market.

It is unclear at this stage how prosperous the Chinese EV sector will be in 2019. Vehicle sales in China dropped on average in 2018 for the first time in decades, and Chinese consumer spending has been limited in the past year due to the Chinese economic slowdown and some issues with securing credit. With this in mind, the exponential growth we have seen in EV uptake in China in recent years may be cooling off slightly – and a decline in subsidies may not help this.

However, the ways these subsidies are designed – namely that they only apply to good quality, high-range vehicles – further proves that the Chinese government is keen to stimulate its nascent mid- and high-range EV sector. These sectors will rely heavily on NMC 622, NMC 811 and NCA battery chemistries which consume a significant amount of nickel and cobalt in particular. EV sales growth may slow down slightly in the short-term, but we can reasonably expect Chinese demand for nickel and cobalt to continue to surge as the country transitions to a manufacturer of higher quality electric vehicles.

Another key effect on battery metals will be the pressure put on the supply chain. The subsidy change will add even more pressure on the profit margins of battery cell makers, which have increasingly narrowed in recent years as the battery industry matures. In order to protect margins, cell manufacturers may decide to further consolidate and vertically integrate with cathode makers, precursor makers and pack manufacturers.