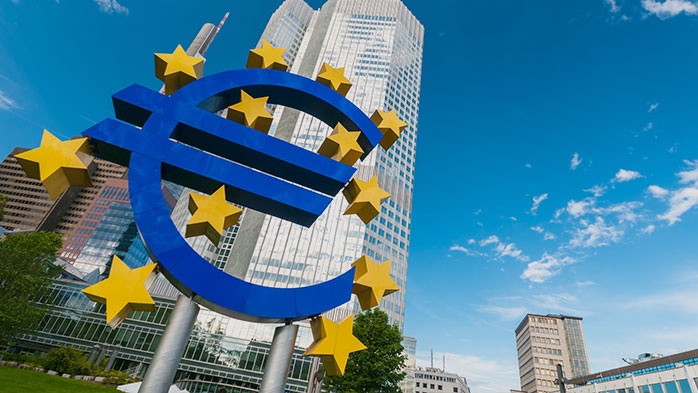 As expected, on 12 September the ECB delivered a package of monetary stimulus measures in response to a deteriorating macroeconomic outlook of subdued inflation and sluggish economic growth.

Two smaller measures were also announced which consist of (a) more favourable conditions at which banks can borrow through the TLTRO-III programme and (b) a two-tiered reserve remuneration system aimed at partially offsetting the side effects of negative interest rates on bank’s profitability. 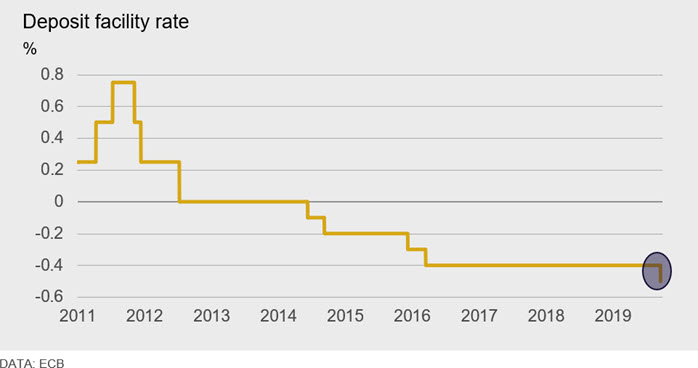 The rationale for the latest ECB policy
The most notable part of the ECB’s announcement was on forward guidance, linking it solely to inflation outturns. This marks a significant departure from the ECB’s previous forward guidance, where it stated that “interest rates would not rise before mid-2020”. The removal of an explicit time reference is the critical element. It aims at reinforcing the message that the ECB is willing to keep its current accommodative monetary policy stance until the inflation outlook is in line with its medium-term target of “close to, but below, 2%”.

In terms of policy measures, the re-launch of quantitative easing through the Asset Purchase Programme was widely expected and even if its size did not surprise on the upside, the statement that “it will run as long as necessary” is indicative of the ECB’s renewed policy accommodation.

When monetary institutions call for fiscal policy
With interest rates at historic lows, there has been a lot of speculation as to whether central banks have the firepower to stimulate the economy and bring inflation back to target. Our base case view is that it is unlikely to be enough.

President Draghi confirmed our view today, by repeatedly highlighting the inability of monetary policy alone to address the issue of sluggish economic growth, specifically pointing out the need for fiscal policy to play its part. Notably, he also underlined that this view was shared by all Governing Council members. Whether Eurozone governments will deliver on fiscal stimulus remains to be seen.

Today’s ECB action has little impact on our Eurozone outlook
The monetary easing of the ECB was widely expected by markets and us. As such, the cut in deposit rates and the announcement of a new round of QE will have virtually no impact on our eurozone forecast.

That said, we were surprised by the change in forward guidance from one based on calendar time to one based solely on the state of the economy, namely to the rate of inflation – that is different. Given the innovative nature of this policy it is hard to judge how markets and sentiment will respond to this. Will it be a drop in the ocean or something more seismic like Draghi’s “Whatever it takes” speech. It feels like the former – but only time will tell.