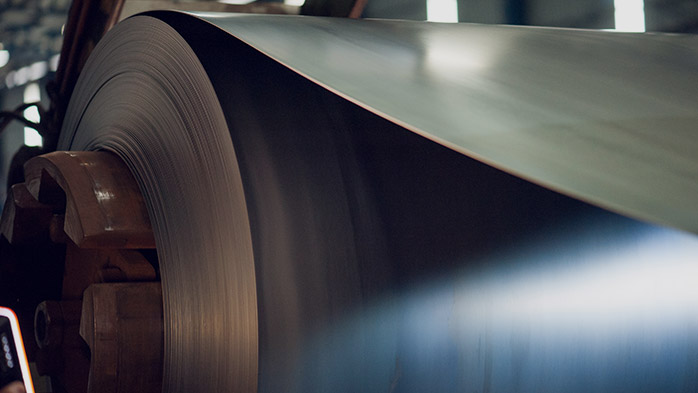 CRU attended the ASI Conference that took place in Norway in early June, and we have summarised some insights on how the certifications are likely to create a premium market for responsibly sourced aluminium.


Certifications overview: highest value is in the Chain of Custody certification
The Aluminium Stewardship Initiative is a non-profit organisation that aims to administer a third party certification program for the aluminium value chain. ASI members are classified in six groups, according to their business activities: Associations, Civil Society, Downstream Supporters, General Supporters, Industrial Users, and Production and Transformation.

The ASI program is comprised by two certifications: Performance standard (PS) and Chain of Custody (CoC). Both standards are applicable to all stages of aluminium production and transformation, from bauxite mining to material conversion, including remelting of recycled scrap. It also covers criteria relevant to downstream users of aluminium.

All ASI members in “production and transformation” and “industrial users” categories are required to be certified against the Performance Standard for at least part of their operations within two years of joining ASI or two years of the launch of the ASI certification programme, whichever is later.

On the other hand, the ASI Chain of Custody standard is voluntary, and involves not only the company being certified but also the supply chain of aluminium from mining to transformation. It can therefore create differentiation in the market and can impact the value chain since the suppliers to a CoC certified product will also need to hold the same certification. We expect the commercial value for ASI certified aluminium to be captured in this step of certification.

The criteria covered by the certification covers eleven topics in Governance, Environment and Social aspects. Industrial users and Other manufacturing or sales of products containing aluminium are normally subject only to one of the eleven criteria which is named “material stewardship”. Production and transformation members are subject to all eleven criteria.

No longer a differentiation from China
As China has become a giant in aluminium production since the early 2000’s, aluminium producers outside China are focused on how to differentiate themselves and to protect their markets from Chinese competition. That is especially because Chinese semi-fabricated aluminium is normally cheaper than aluminium produced in the rest of the world. The difference in price comes from a range of factors such as lower capex, higher scale, cheap labour and high level of integration. However, Chinese competitiveness is impacted by less stringent corporate responsibility standards, especially in terms of environmental protection. And China’s aluminium industry is overwhelmingly coal-powered, which brings with it a higher carbon footprint than hydro-powered or gas-powered production.

Likewise, Shanghai Shenhuo aluminium foil has joined ASI as a member in 2017, started certification process in December 2018 and got certified against performance standard in February 2019. The company plans to achieve CoC certification in 2020.

One other issue at present is that traders are not ASI certified, and there is no mechanism for companies using traders to work around this. Therefore, if you source any material in the aluminium value chain (directly or indirectly) from traders, at present you cannot get CoC certification. The ASI will review this at its next revision cycle starting in late 2019.

But what about Chinese CO2 emissions?
The ASI certification comprises a special criteria on greenhouse emissions for the aluminium smelting process, with a CO2 emission threshold and improvement commitment plan. As per published on ASI website, accessed on 11 of June 2019, aluminium smelters should:

If this policy had immediate effect, the 8 tonnes of CO2 per metric tonne of aluminium threshold would automatically eliminate over half of world primary production from gaining ASI certification, most of it in China, as presented in the accompanying chart. However, as can be noted above, the threshold does not have immediate effect, once the companies commit to control and meet the threshold in a relatively long period of time – ten years for smelters producing before 2020. CRU does not expect aluminium smelters to curtail because they are unable to achieve these standards.

Chinese semi-finished fabricators willing to get ASI CoC certification will need to be able to supply their primary aluminium from smelters that comply with the emission threshold within the timeframe, not no mention all the ten criteria other than GHG emissions. It will likely benefit backwards integrated semi-finished companies that have at least part of production based on renewable sources, like Chalco and Yunnan Aluminium. It also presents the possibility that hydro-powered aluminium will command a premium in China, as this would allow the export of ASI certified (CoC) semi-finished products.

Rio Tinto for example was the first company to certify against CoC standard, in July 2018, after getting PS certification in March 2018. They have certified part of their production, in a scope from the bauxite mining until the casthouse production. It covered their Gove Bauxite Mine in Australia, the Vaudreuil alumina refinery in Canada, Canadian smelter plants AP-60, Arvida, Grande-Baie and Laterriere, PLS casthouse in Canada, ports and rails and headquarters, also in Canada.

This has led Rio Tinto to a partnership with Nespresso, as the company aims to have CoC standard by 2020. It demonstrates the commercial value that is implied in the certification, meaning that companies will need to source certified material to get the certification.

Hydro has already certified CoC for the Germany rolling mills, including the Alunorf JV, and more recently for Paragominas mine and Alunorte refinery in Brazil.

Other integrated companies are expected to get CoC standard certifications soon, and the companies to get it first will likely enjoy the benefit of being the first ones. Among the backwards-integrated semi-finished-products producers outside of China; Hydro, Rusal, CBA, and Alcoa (Warrick, Indiana rolling mill). In China, among the largest backwards-integrated producers are Nanshan, Chalco and Hongqiao, only Nanshan is an ASI member as of June 2019.

ASI justification for this criteria of scrap eligibility is that pre-consumer scrap are already recycled to a great extent, as opposite to post-consumer scrap which recovery and recycling needs to be incentivised. Also, if all scrap was automatically eligible, there would be less incentive to implement the certifications in primary production.

In this way, post-consumer scrap gets a free pass in the CoC certification process, as long as a due diligence process is conducted with the scrap supplier. The due diligence comprises criteria in anti-corruption, responsible sourcing, human rights and high-risk areas.

We understand that it therefore creates an incentive to the recycling of post-consumer scrap. However, there is an overall trend of increasing post-consumer scrap, so we believe it will not create significant changes to the market dynamics.

In addition to creating a framework to the whole industry, ASI also extends the concept of green aluminium to a wider perspective besides the carbon footprint. The initiative is most likely to be valued in consumer goods and automotive markets, where final consumers drive demand to know more about the metals they use.

B2B markets such as machinery and equipment, infrastructure and wire and cable are less likely to seek certifications. In building and construction, however, there is possible demand for green aluminium driven by existing certifications such as LEED and BREEAM.

Past lessons from FSC
Looking back at past experiences in other industries can give us an idea of what this relatively new initiative can bring to aluminium market dynamics. Forest Stewardship Council (FSC) certifications to wood-based products have started in early 2000’s, and currently certifies almost 200 million hectares of forests across 84 countries. According to a study carried out by WWF in 2015, FSC certified products have gained price premiums and resulted in greater market access to the forest enterprises.

Likewise, it is expected that ASI certifications create a premium or at least become a requirement for some buyers. However, in the longer term the premiums can fade out because it is likely to become a must have, diminishing the market differentiation. So, the companies that lead the way in the initiative are likely to benefit the most from market access and possibly price premiums.