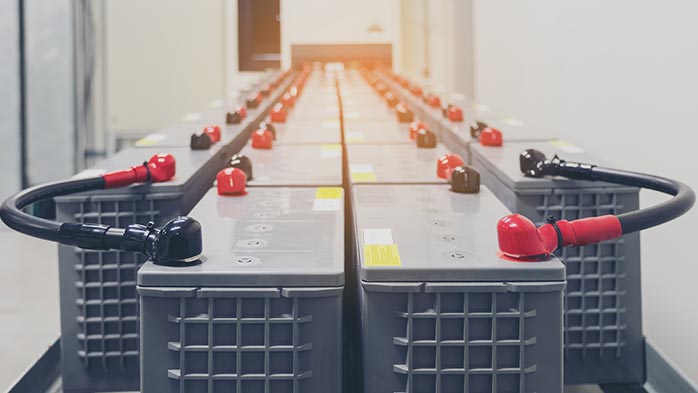 Nickel pig iron has dominated growth in the supply side of the nickel market in recent years. This year global NPI production is forecast to rise to 927kt equal to 39% of global production driven by rising output in both China and Indonesia.


Class 1 nickel is used in both the stainless and non-stainless sectors but this growth in NPI has curtailed the usage of class 1 in stainless. Nonetheless, given our demand growth forecast from the battery sector, chiefly driven by electrification in automotive markets, there is a growing need for additional class 1 units in the medium-to-longer term.

Over the past few years, CRU has invested a large amount of time and resources into developing in-house long-term modelling capabilities for the automotive sector. This work has been undertaken not only to support our analysis of traditional automotive commodities like steel and aluminium, but also to shed light on the development and growth of the nascent electric vehicle (EV) sector and to better understand the resultant long-term impact for a wide range of commodities including cobalt, lithium, nickel, graphite and PGMs.

In our latest Battery market outlook, we forecast nickel demand in batteries to rise to over 1.1M tonnes by 2030. As the chart shows, after assuming for the minimum requirement for class 1 nickel from stainless there is a large gap opening for new class 1 units.

Nornickel class 1 production to grow as demand booms
One of the leading producers of class 1 nickel is Nornickel (formerly known as Norilsk nickel) which is positioned to grow production at a time when demand from the EV sector will accelerate. CRU recently visited some of Nornickel’s production assets forming part of the Polar complex. The visit enables us to get a clearer picture on some of the planned investments the company is looking to make and how these will influence the supply side of the market as demand for class 1 material undergoes a period of pronounced change.

The immediate growth option the company is pursuing is the development of the South Cluster and an increase in its Talnakh concentrator capacity. The South Cluster mining project is expected to be commissioned in 2021-2022 and will eventually produce 9M tpy of ore by 2027. The cost of the project is estimated at RUB45bn ($670M). The project will be a large producer of PGM.

In line with this additional mine production, the company is planning to expand its Talnakh concentrator to 18M tpy from 10M tpy at present. This will allow it to process all the ore from its Talnakh mines at one concentrator. This implies increased output from the South Cluster project will be processed at its Norilsk concentrator. 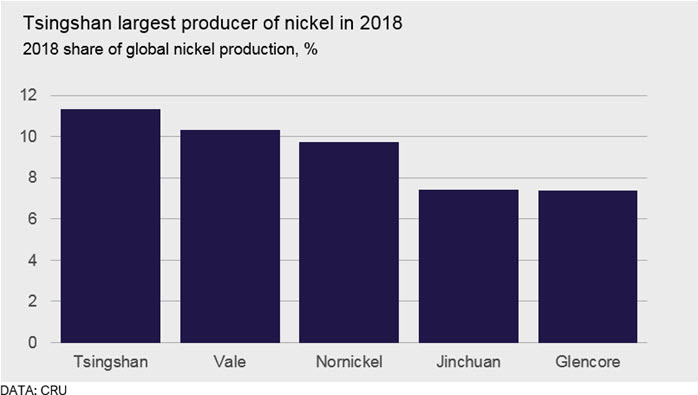 These growth projects will contribute to an increase in Nornickel’s nickel production to over 240kt by 2025, up from 217kt in 2018. Nornickel’s share of global production is estimated at under 10% in 2018, with Tsingshan the largest producer. Tsingshan has been aggressively increasing its nickel pig iron capacity in Indonesia in recent years. However, if we look at the share of production on a class 1 nickel basis then Nornickel has a market share of over 20%, making it the world’s largest producer, followed closely by Vale. 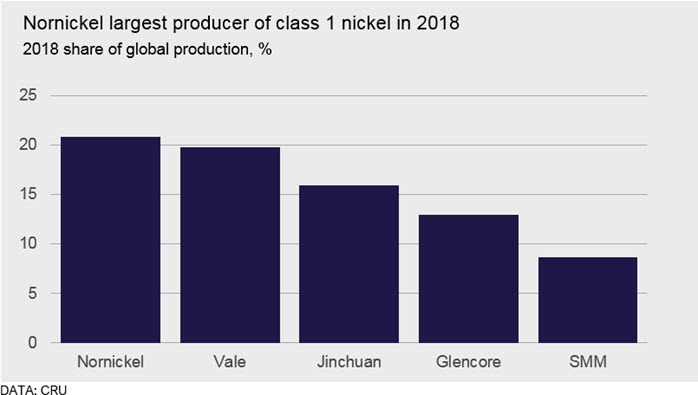 Further investments required
This growth in Nornickel’s production of class 1 will arrive at a time when there will be an acceleration in need for class 1 nickel. Of course, several companies are now considering building HPAL facilities in Indonesia. The new HPAL facilities considered in Indonesia are mooted to have lower capital costs than what we have seen in the past. There was a consensus that the capital cost figures announced were too low, but the projects are expected to be built regardless to secure the key raw materials for the battery sector.

Overall, it is unlikely that Indonesia will be able to meet all the new required supply. Moreover, there remains a risk surrounding timing and performance of this planned capacity and CRU believes that further investments will be required to help support class 1 nickel’s role in the green revolution.