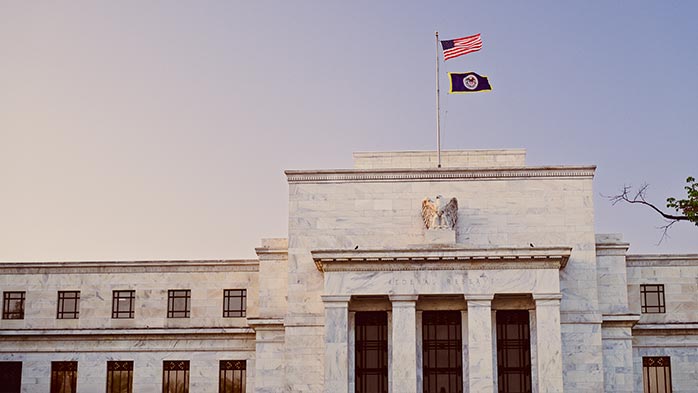 
This reduction in the Fed Funds rate was widely anticipated by markets and follows a 25bp rate cut in July. What was striking about the information transmitted following the meeting is that the Fed is willing to be less clear about the path forward, which will add even more uncertainty into the current unpredictable policy environment.

A house divided, but pre-emptive action prevails
The Fed’s statement was very similar to that in July. It cited the strong labour market and continued expansion of the US economy, despite slower global growth, uncertainty in trade policy and the continued presence of geopolitical risks, like Brexit. The official September FOMC statement did highlight, however, that household spending was rising at a strong pace while business investment spending and exports were weaker.

The current Federal Open Market Committee (FOMC) has ten voting members—it should have twelve, but two appointments from President Trump have yet to be made. The minutes of the July meeting indicated a range of opinion around interest rate action, but only one FOMC member dissented from the decision to reduce rates by 25bp.

The diversity of opinion persists and in the 18 September decision there were three dissenting votes. One member wanted to cut rates by 50bp while two other members (one of whom was the dissenter in July) would have preferred no cuts at all.

Compared to the Yellen Fed, and the Greenspan Fed before that, this level of disparity in view may seem unusual. There has never been a shortage of differences of opinion on the Fed, but this much open dissent reflects that the Fed is taking a different approach in the current, high uncertainty, environment. Not only must the Fed focus on its dual mandate of low unemployment and inflation of 2%, but it also must look ahead to anticipate and mitigate the risks on the horizon.

The Fed embraces a cloudy future
Chairman Powell opened the press conference as follows: “My colleagues at the Federal Reserve and I are dedicated to serving the American people. We do this by steadfastly pursuing the goals Congress has given us—maximum employment and stable prices. We are committed to making the best decisions we can, based on facts and objective analysis. Today, we decided to lower interest rates. As I will explain shortly, we took this step to help keep the U.S. economy strong in the face of some notable developments and to provide insurance against ongoing risks.”

Later during the press conference, in answer to a reporter’s question, Powell stated that the decision of the September meeting applied to the September meeting only. He explained that the Fed would continue to look at all incoming data and assess the action that was appropriate at that time. He reiterated his view that the Committee was on no predetermined course.

This pragmatic, data-driven, meeting-to-meeting approach may not provide much comfort to market participants. However, in such an unpredictable environment where trade policy is stoking pessimism and fiscal policy is nowhere to be found, sticking to a very rigid path on interest rates may not be the best course for the Fed to chart.

This interest rate cut does not change our view on the US economy as it was already factored into our view. Since we continue expect further softening in the global growth picture, and no resolution to the US-China trade war, our base case view is that the Fed will cut interest rates twice more before the end of 2019, doing its level best to sustain the longest US expansion in history.