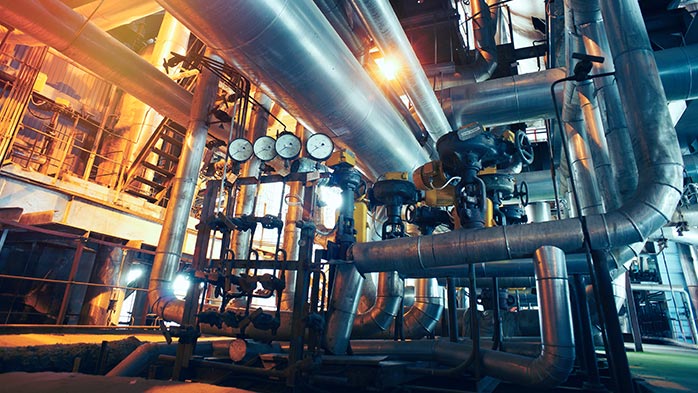 
In this Insight, we examine the drivers of production switches between metal and chemicals at Chinese smelters and how this could help shape the market in the future. Moreover, Huayou, the world largest cobalt smelter, has recently been included on the LME’s approved list; what this means for the Chinese net trade position is still unclear. We believe the short-term impacts will be muted but in the longer term this could mean spreads between European and Chinese material close more rapidly. 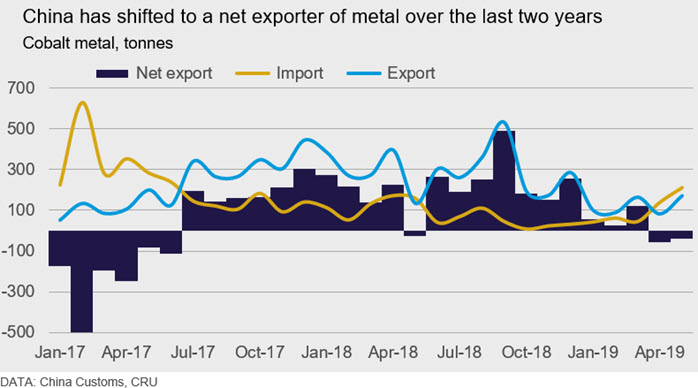 Major Chinese cobalt metal producers
There are four main Chinese players in the metal business, Huayou, KLK, Yantai Cash and Jinchuan, which have all now registered on the LME for its physically delivered contract. They have aligned their strategies with the lithium battery sector now more than ever, as all have expanded across the value chain and refined metal sales are shrinking as proportion of their total sales.

Why smelters switch production
Within the market, there are many misconceptions surrounding the drivers of Chinese metal production. Importantly, it is not always the case that the lower the European price gets, the less Chinese smelters will produce. Indeed, while the European metal price has fallen to $12.80 - 14.00 /lb according to CRU’s latest assessment, our market surveys show that some smelters in China continue to see very high utilisation rates. We believe there are two main reasons behind this: 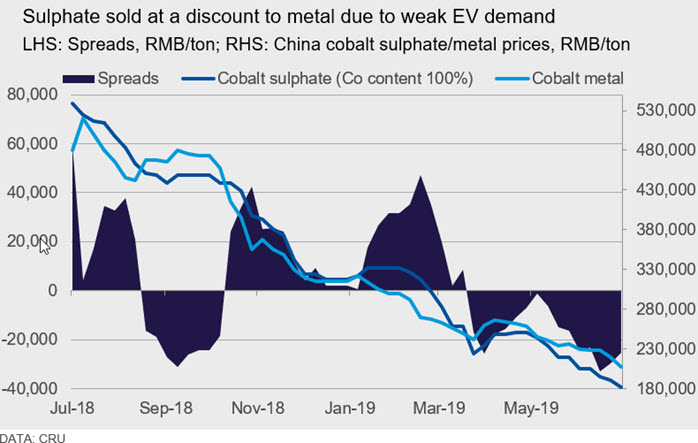 CRU expects that Huayou’s registration on the LME will have only a small influence on the market in the short term. This is because spreads between the EU and China metals markets are currently lower than last year (see graph below) and it is currently not that profitable to export the material. However, in the long run, this move will help ease concerns over Huayou’s business in the DRC as it will be subjecting itself to the tough scrutiny from the exchange and international consumers. This may make it easier for Huayou to make inroads into the EU market. 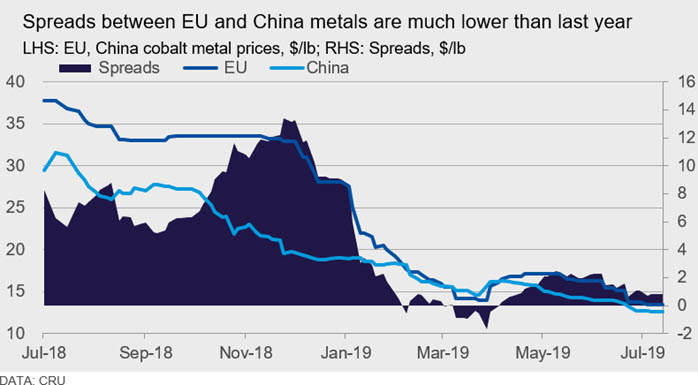 In the future, we may not see large spreads between the EU and China last for so long as they did in Q4 last year, as arbitrage opportunities will be closed more rapidly. However, the spreads will not be the only factor driving Chinese metal production and a more rounded nuanced view of the Chinese industry is required.