Why steelmakers should make rather than buy metallurgical coke 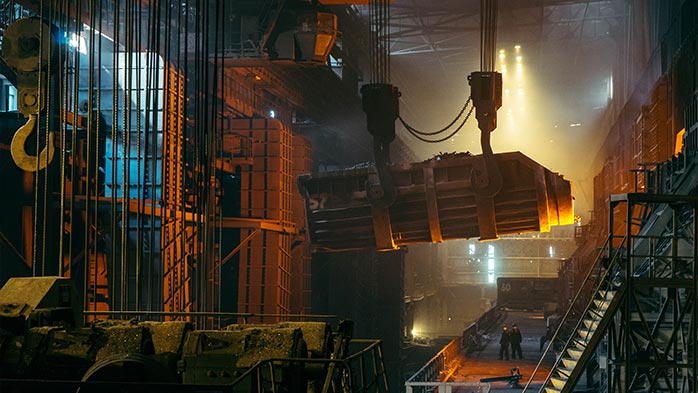 It is imperative for carbon steel producers to have secure supply of metallurgical coke to ensure stable and efficient operation of their blast furnaces (BF).


Integrated steelmakers striving to be self-sufficient in coke
CRU has conducted significant primary research on investment into the construction of both brand new and remediated coke capacity over this decade. This includes coke capacity as part of greenfield integrated steel plants and also existing or previously idled coke capacity that has been fully rebuilt and returned to an operating state. Our research identified coke plants were built throughout major steelmaking countries and regions, such as Europe, USA, Japan, South East Asia and Russia, and by large steel companies, such as ArcelorMittal, JSW, JFE, US Steel and MMK. The average size of the coke plants identified was ~1.4 Mt/y – enough coke to support a ~3 Mt/y BF operation – but build capacities increased over the course of the decade.

In terms of capital expenditure, the average capital cost of the coke batteries specifically was ~$270 per tonne of annual coke making capacity (/tACC). We have standardised this figure to include all essential parts and construction costs associated with a typical heat-recovery coke battery, including coke dry quenching (CDQ), as well as auxiliary facilities such as coal storage yards, screening stations and handling systems. In addition to this cost, investments also need to be made in associated facilities, such as by-product recovery plants, which our research suggests costs ~$70 /tACC. This helps to reduce emissions by capturing the gas produced by the coke oven, extracting valuable by-products (such as benzol, coal tar and ammonium sulphate) for sale in the third-party market and purifying the gas for use elsewhere in the steelworks, such as in the sinter plant or BFs.

The addition of stamp charging is another key component of many modern coke plants. The stamp charging process compacts the coal outside the coke oven and enables coke makers to maintain CSR levels using 15–20% less HCC in the blend, lowering raw material costs. Based on research as part of CRU’s Metallurgical Coal Long Term Market Outlook, an annually published report that analyses all facets of the global metallurgical coal markets and provides a price forecast out to 2035, we found that the use of stamp charging has increased during the decade and will continue to do so in the future, particularly in India. We estimate that the installation of a stamp-charging system costs ~$60 /tACC. However, as we have modelled the analysis in this Insight on the construction of a European coke plant, where operating costs are high, we have not included stamp-charging in our base case. Thus, when adding the cost of the by-product recovery plant to the initial CAPEX for the coke batteries, our total base-case estimation for a new coke plant is $340 /tACC.

Our assumptions in this analysis includes the above CAPEX figures to model the construction of a typical, 2 Mt/y heat-recovery coke plant without stamp-charging in Europe with an operating life of 40 years that consumes coal, ostensibly from Australia, at market-related prices. Based on this analysis, we found that seaborne margins would have to be lower than -8% (i.e. negative) over the life of the intended coke plant for the ‘buy’ decision to be considered favourable. In the past decade, margins first fell below -8% in early-2014 and remained lower than this for around two years.

Our analysis shows that two major integrated steelmakers closed coke plants without building a replacement during this period, namely US Steel and Tata Steel (Scunthorpe), the latter’s assets were since sold to Greybull in 2016 to be renamed British Steel. This was done when margins had been below -8% for some time and the ‘buy’ decision looked far more favourable. At the time, margins in the steel sector were also negative and, as steel companies globally had reduced steel production, requirements for coke in the short term were reduced. In addition, depressed conditions in the coke market meant that steelmakers would have made losses if they were to sell their excess coke on the third-party market, making the closure of old capacity a more viable proposition. However, margins began to recover in 2016 and, as both companies now purchase coke from the third-party market, they will be exposed to higher overall costs.

Integrated steelmakers will continue to build coke plants, but may face new challenges
As explained in more detail in CRU’s Metallurgical Coke Market Outlook, we expect seaborne coke margins to be between 5–10% up to 2023, underpinned by Chinese supply-side reform of their coke sector and its impact on effective utilisation rates. As such, from just the financial perspective, we expect that integrated steelmakers will continue to favour the ‘make’ decision. As an example, in India, currently the largest importer of seaborne coke, integrated steel producers are investing in coke plants to reduce their reliance on expensive imports and all new capacity has associated captive coke supply. Having said this, it is expected that the operational benefits of captive coke supply will certainly have been the major factor in these decisions, but higher margins in the seaborne coke market make these decisions much more favourable. As such, we expect that India will add ~13 Mt of coke supply in the next five years and will see imports decrease by ~25%.

Despite making financial and technical sense, steelmakers may face new challenges in building and maintaining coke plants in the future due to environmental factors. For example, US Steel recently stated that the rising price of CO2 emissions allowances within the EU Emissions Trading System (EU ETS) was partly to blame for its decision to idle a BF in Europe. During the period 2013–2016, permit prices were stable at ~€5 /tCO2. However, the EU reduced the number of allowances in 2017 and this caused prices to jump to above €25 /tCO2 by early-2019, the highest prices since the system was introduced in 2008. ArcelorMittal are attempting to mitigate such charges by investing €200 M to reduce emissions from the coke plant at its newly-acquired steelworks in Taranto, Italy.

Irrespective of whether steelmakers choose to pay the rising price for CO2 or invest in technology that reduces emissions, additional costs will be incurred and further consideration will need to be made when facing the coke ‘make or buy’ decision in the future. Steelmakers may also find it difficult to secure funding and governmental approval for any projects that have an adverse impact on the environment, as has been seen in the coal mining industry recently. Nonetheless, we expect that integrated steelmakers will, and should, continue to favour the ‘make’ decision, as building own coke plants remains the financially and technically prudent decision for the long-term viability of a steelworks.