Covid-19 is spreading through the auto industry 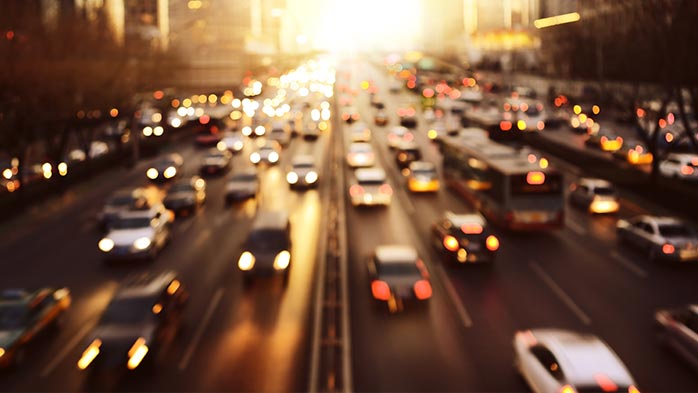 As of 19 February, the outbreak of coronavirus Covid-19 has killed more than 2,000 people, infected over 75,000 others, and put millions in self-isolation.


Aside from the human tragedy, the virus poses a real threat to the Chinese economy. The automotive industry will be hit hard, and we expect Chinese automotive production to be pushed further into recession in 2020. The automotive industry is one of the most complex and highly integrated global supply chains. The disruption of China’s market has global implications; expect the effects to ripple through the industry.

The Chinese automotive industry, which was already struggling in 2019, will be hit hard by Covid-19. Vehicle sales in China have declined for 19 consecutive months. Now, in many parts of China, particularly the densely populated areas, people are concerned for their immediate safety and have been self-isolating. Few people are thinking about new purchases of high-ticket items, such as a new car. Primarily, due to the early Chinese New Year and also the outbreak, the China Association of Automobile Manufacturers (CAAM) reported January sales declined 18% year-on-year.

The ongoing weakness in the Chinese automotive sector is multifaceted, with causes including depressed consumer sentiment and the introduction of tighter country-wide emission standards that are due to come into effect on 1 May and 1 July 2020. CAAM forecasts China’s passenger car sales will decline by 5% year-on-year in 2020, which would mark the third consecutive year of contraction in the sector. CRU believes the outlook for the Chinese automotive market will worsen, particularly without targeted government support.

China’s automakers are currently operating at 32% capacity
Wuhan, in Hubei Province where the viral outbreak began, is one of the major auto production hubs in China, hosting production facilities for several major domestic and international manufacturers such as Honda, Nissan, Renault and General Motors, along with many auto parts suppliers. Hubei province accounts for 8.4% of Chinese light vehicle production, of which Wuhan itself accounts for 6.6%. Regions with high infection rates, as shown in the table below, account for 48.4% for auto sales and 48.9% of production, based on 2019 figures. CRU already sees early signs of weak consumer demand and disrupted production flowing back up the supply chain to metals markets.

Global supply chains threatened by contagion
China exports about $70 billion of car parts and accessories globally, of which roughly 20% goes to the US. Shanghai and the surrounding provinces of Jiangsu, Zhejiang, and Anhui are the leading centres for the manufacture of auto parts, accounting for about 40% of total production.

The automotive industry is one of the most complex and highly integrated global supply chains; the disruption of China’s market has global implications. A single car can have thousands of unique car parts, for many of which substitution is difficult. Various manufacturers around the world depend on auto parts from China in their supply chains.

The Chinese automotive parts market is dominated by foreign companies which have a 60-70% share of the Chinese market by revenue. Manufacturer shutdowns in China and restrictions on the movement of goods raise the risk of disruption in the global supply chain, and this is already having a visible effect on production in Asia, Europe, the US, and elsewhere. For example, Hyundai has shut its assembly plants in South Korea and the Nissan plant in Japan requires production adjustments due to shortages of Chinese parts. French automaker Renault has already suspended production at a plant in South Korea.

Chinese economic stimulus expected – but will it help?
CRU expects there will be economic stimulus in China this year. We expect this to take the form of monetary and fiscal policy. However, the size of any stimulus is likely to be small. CAAM has already requested the Chinese government offer policies to support their industry, calling for measures to support vehicle sales including changes to auto taxes and subsidies for electric vehicles. Outside China many auto manufacturers will have back-up supply options, which allow them to switch suppliers but if disruption is protracted or if there is a greater loss of output globally, bottlenecks will likely appear in supply chains with very short lead times. Experts fear that factories across the globe could grind to a halt if many of the plants across China remain closed in coming weeks.