Lead price looking to end 2020 on a high 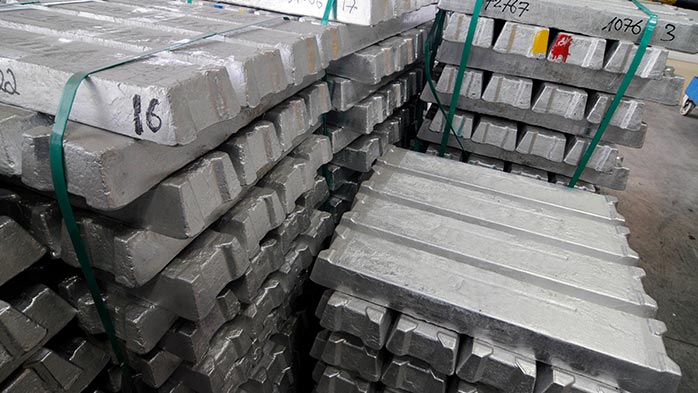 In November, LME lead prices have finally stirred to life. Rising from just below $1,800 /t at the start of the month, values broke above $2,000 /t mid-month to touch highs around $2,050 /t in recent days, beating late summer highs to hit their highest since November 2019.


LME weekly COTR data shows that the shorter-term speculative net position has turned positive (bullish) again this month, mainly on shorts falling away (CTA-driven short covering), but also on some fresh longs. What has been driving this investor-led revival in lead? 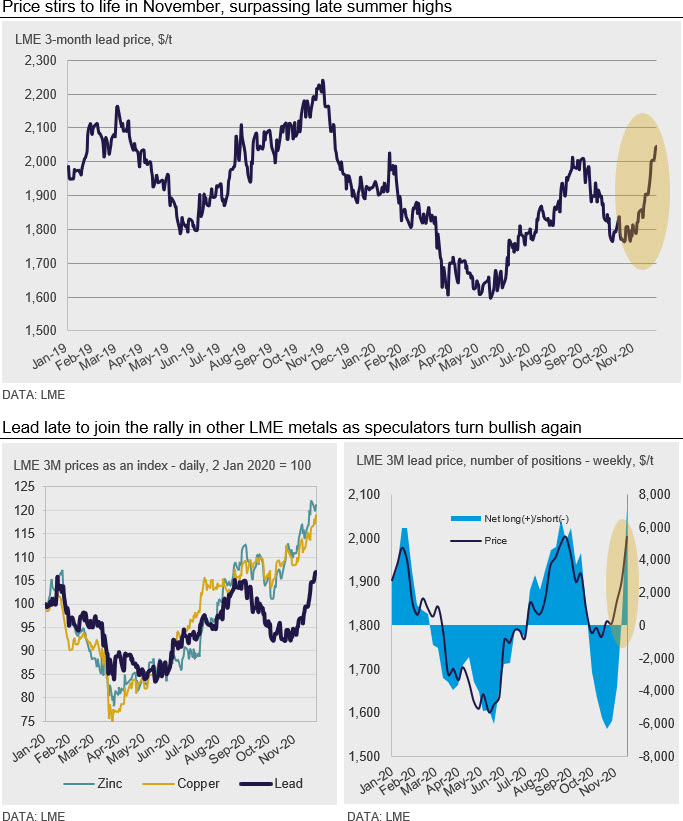 In the absence of any breaking news of a major lead smelter disruption, we think that broader metal price drivers have been the main catalyst. First came the Biden win in the US election and a weaker US dollar. Second came news of progress in finding ‘effective’ vaccines, first by Pfizer/BioNTech followed by others. While these are notable milestones in the fight against the virus, there is still some way to go, not least the huge task of rolling out vaccines around the world. Meanwhile, the resurgent virus will continue to dampen economic activity (metals demand and mining) in some parts of the world, if not to the same degree as the first wave endured in the spring.

Beyond these near-term concerns, LME metals now seem to be looking further ahead in anticipation of a better 2021 for metals demand than previously expected. Copper prices are close to seven-year highs, while zinc is trading at levels last seen in April/May 2019. Other LME metal prices have been rising for a while, with lead previously ignored and lagging behind. A ‘catch-up’ at some point for lead prices was overdue. However, the speed and strength of lead’s rally has been somewhat surprising.

This is coming at a time when the lead and battery supply chain has struggled in some parts of the world to replenish automotive lead battery stocks ahead of the 2020-2021 northern hemisphere battery-killing winter season. Responding to this lead demand strength, most smelters have been running at high production rates, fuelled by sufficient feed. Since the spring hiatus, scrap flows have been rising, and though concentrate availability has tightened on mainly virus-related mine cuts, primary smelters have continued to run relatively unhindered through this pandemic year. CRU sees a much more finely balanced global lead market in 2H2020, notably reining in the pronounced swing into 1H2020 surplus.

These are stormy waters for not just lead, but other metals to navigate in the weeks ahead. So, amid all of the uncertainty still surrounding the likely uneven and slow global economic recovery as we eventually emerge from the grip of the pandemic, more certain is that near-term prices will remain volatile. Expect more spikes on further positive vaccine news, but also occasional dips on negative virus news through a winter that could also put to the test exactly how much battery stocks have been replenished through the summer and autumn.

A downward price correction seems likely, given the recent sharp run-up; and the higher values go, the bigger the subsequent fall is likely to be. However, CRU still expects lead to trade closer to late summer highs just above $2,000 /t than the October lows in the mid-$1,700s, and far above the spring lows around $1,600 /t. Prices could yet finish higher than where they entered this traumatic year. A result that seemed unlikely at the height of the pandemic earlier this year.