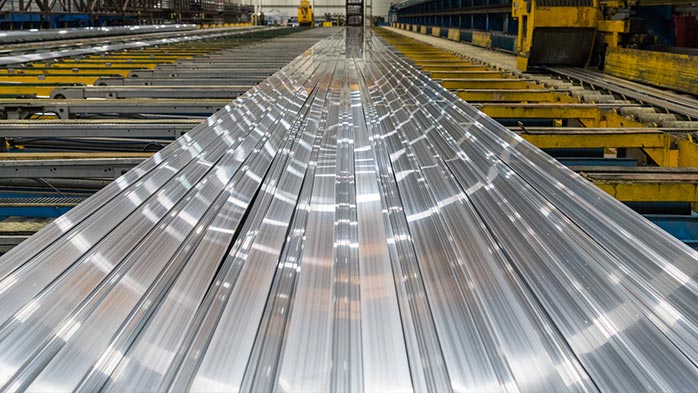 On 10 December, House Democrats announced their support on a revised version of the USMCA, a deal that was signed by all three countries in November 2018.


The revised deal, which includes changes made to labour and environmental standards and enforcement thereof, was quickly signed by Mexico, but must now pass through US Congress and Canada’s Parliament for approval.

The US Aluminium Association was quick to endorse the new USMCA but stated that “strong import monitoring and trade enforcement are vital to effective USMCA implementation.” Of particular concern is a massive increase in Chinese aluminium sheet and plate exports to Mexico, which are up 94% YTD October 2019 compared to the same period in 2018, and up more than 220% compared to 2017. 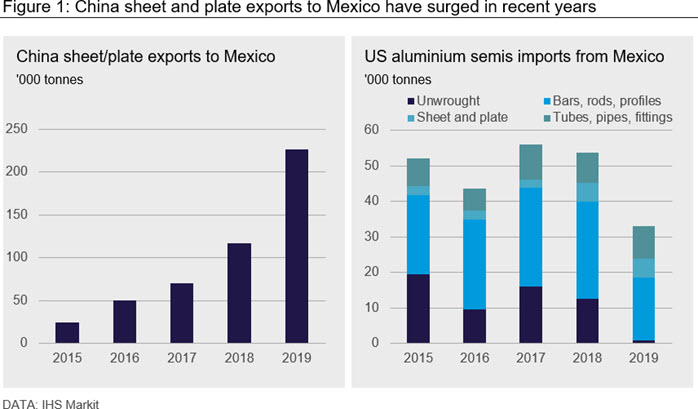 One area of concern among US producers is transshipment of aluminium products from China through Mexico and into the US. However, this is not happening in the form of unwrought aluminium and semis, where US imports from Mexico have declined in recent years. The larger and more tangible concern lies within automotive components and finished vehicles, where Mexico is a major exporter to the US. When comparing USMCA to the existing NAFTA, there are some significant changes and new requirements as it relates to automotive rules of origin. These requirements differ by vehicle type and will be implemented using a phased approach as shown in the table below.

In addition to the vehicle and part specific content requirements, USMCA also includes a new requirement that auto OEM must source 70% of their aluminium and steel from North America, certified on an annual basis. A point of concern raised by the US and Canada is the absence of a “melted and poured” requirement for aluminium, which was a last-minute addition for the steel industry. Under the new rules, steel must be melted and poured within North America, while no such clause was added for aluminium. Aluminium industry officials fear that Mexico will become “a back door for China to push aluminium into the US.” It’s important to note that the “melted and poured” requirement was not part of the existing NAFTA and will only enter into force seven years from the USMCA implementation date. Nonetheless, the 70% aluminium requirement includes direct purchases, purchases through service centres, and purchases contracted through a supplier. This requirement is applied on a fleet-wide, company/account basis for the auto OEM, and pertains specifically to purchases of aluminium and aluminium products classified under the HS Chapter 76. 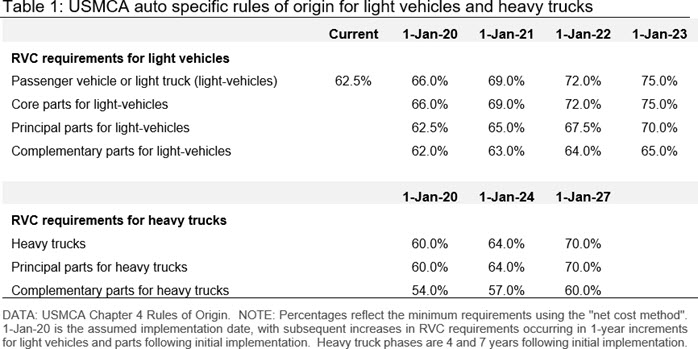 If applied correctly, RVC requirements should certainly support demand for North American aluminium, although it will create complications for automotive OEM supply chains. In addition to the product-specific rules of origin requirements, OEM must also ensure that 70% of their purchases of aluminium for a passenger vehicle, light truck, or heavy truck are from North American sources. The onus will be on both vehicle producers and those providing parts to vehicle producers to certify that vehicles and parts meet the requirements of the agreement.

Consider the following example of a US-based automotive OEM purchasing:

While the ABS and extruded parts would fall under the 70% aluminium requirement, the vehicle parts and the vehicles themselves are subject to the RVC requirements. While this is certain to support long-term demand for North American aluminium, the absence of a “melted and poured” requirement provides loopholes. The concern is that Mexico and Canada automotive parts suppliers could import primary aluminium in the form of ingot, slab, billet, etc from outside North America. Once the product is transformed from one HS code (ex. 7601) to another (ex. 7606), it gets classified as North American origin.

Using aluminium wheels as an example, a wheel OEM in Mexico could theoretically import primary foundry alloy from outside North America, cast the wheels in Mexico, and then export the finished product to the US as a wheel of 100% North American origin. This could become very problematic for US auto parts suppliers given the dominant position that Mexico holds in the North American auto supply chain. 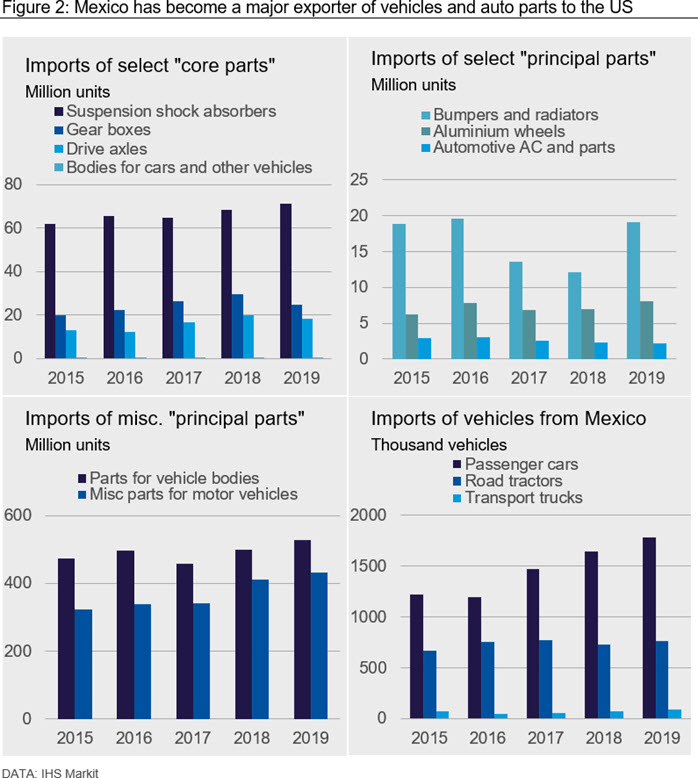 The same theory could apply to a Mexican extruder who imports billet from outside North America, produces side rails and exports to the US. Under the rules of USMCA, this product would now contain 100% North American origin aluminium since the originally imported aluminium billet had been transformed into another HS code.

Another wrinkle is the fact that Canada and Mexico buyers of primary aluminium are in the process of transitioning away from purchasing aluminium (or have already made the transition) on a US Midwest P1020 duty-paid reference. Buying on the basis of a duty-paid reference was a non-factor until Section 232 tariffs resulted in a doubling of the US Midwest Premium, the benchmark historically used by all regional markets. De-linking from this tariff-inflated reference provides Canada and Mexico primary aluminium buyers with a clear advantage over US buyers, to the tune of 8-10¢/lb, depending on LME levels. This presents extruders, rollers, casters, etc in Mexico and Canada with the opportunity to sell at lower prices into the US market (based on lower raw material costs), while enjoying duty free access per the USMCA.

The threat of stricter competition from within the region for semi-fabricated aluminium producers and automotive parts suppliers in the US is real and should not be taken lightly. This has the potential to create a divide within regional industry trade associations as some could view the competition as being unfairly priced. However, the corporate overhead burden as it relates to properly tracking, certifying, and accounting for the tax implications of the new USMCA lies mostly with automotive OEM.

Once USMCA is in place, the OEM will be required to certify all the following:

While many uncertainties remain, we believe that the following are likely to occur as USMCA becomes the normal course of business within North America: