Another La Niña year – what it means for steel and coal 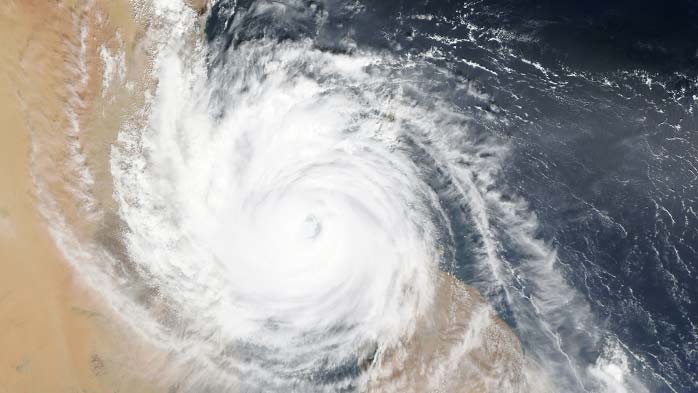 As predicted for end-November, a La Niña has developed in the Tropical Pacific, according to Bureau of Meteorology, Australia.


Depending on the severity of the event, it could have serious consequences for the steel supply chain. Some expected impacts include increased rainfall in Australia and northern Brazil, droughts in southeast Brazil and colder temperatures in China, Europe, and northern parts of the USA.

During normal conditions, trade winds blow west along the equator, taking warm water from South America towards Asia. To replace that warm water, cold water rises from the depths, in a process called upwelling. El Niño and La Niña are climate patterns that break this normal condition, and they are opposite phases of the so-called El Niño-Southern Oscillation (ENSO). The system oscillates between neutral to warm (El Niño) or cold (La Niña) conditions on an average of three to seven years, and episodes of El Niño and La Niña typically last usually nine to 12 months.

There is an important indicator, the ENSO Outlook status, that sums up some criteria that need to be met to determine whether a La Niña or El Niño will occur or not. Any three of the following criteria need to be satisfied to confirm the event happening:

Now, the ENSO Outlook has moved to the declaration of La Niña, which means we can experience even more severe weather changes around the globe.

What is La Niña?

In a La Niña year, trade winds are even stronger than usual, pushing more warm water toward Asia. Off the west coast of the Americas, upwelling increases, bringing cold water to the surface in this area. This wind activity also culminates in a higher concentration of warm water in northern Australia and Southeast Asia and results in warm air rising and the formation of clouds. This typically leads to heavier rainfall and a higher chance of tropical cyclones in eastern Australia, a region that accounts for 52% of global metallurgical coal exports.

The last severe La Niña occurred in 2010–2012, which resulted in the heaviest rainfall at Port Hedland observed during the 2000s. In addition, we also saw heavy flooding across Queensland and Pakistan during this time.

The opposite phase is called El Niño, when the trade winds weaken (or reverse) and warmer surface water builds up in the central Pacific. So, this event is characterised by unusually warm ocean temperatures in the Equatorial Pacific, and an oscillation of the ocean-atmosphere system in the tropical Pacific. This can cause severe droughts in northeastern and northern Brazil, Australia and Indonesia, while parts of the Americas typically see higher rainfall. The strongest El Niño on record took place in 1997–1998 and the most recent one in 2015–2016, which raised global temperatures to record-high levels.

What a strong La Niña would mean for steel production?

The outcomes of each La Niña can vary greatly. They depend on the intensity of the event, the time of year when it develops and the interaction with other climate patterns.

In Australia it can lead to higher-than-normal precipitation and more intense cyclones in Queensland, Australia’s largest coal-producing state. On the other side, in Western Australia, is less significant, but it may also lead to above average rainfall which could disrupt iron ore shipping activity somewhat. In 2011, during the last severe La Niña, Australia was hit particularly hard by floods impacting three-quarters of the state of Queensland and shutting down over half of the global seaborne coking coal market. Iron ore exports also dropped considerably during the first two months of that year, but this was mainly due to the formation of several tropical cyclones that had little to do with La Niña.

Another potential impact of La Niña is a higher-than-normal rainfall in northern Brazil where Vale has its largest iron ore mines. Looking at the 2010-2020 period, rainfall in Q1 has been 45% higher in La Niña years compared with non-La Niña years. As a result, there is a high chance that iron ore shipments from northern Brazil can be disrupted over the first half of 2022. Meanwhile, it is feared that La Niña will further delay the rainy season in the Southern Cone and make 2022 an even drier year, exacerbating the drought in reservoirs and, consequently, worsening the hydropower crisis in southeastern Brazil.

In Southeast Asia and the Far East, La Niña brings lower-than-normal temperatures during winter and higher rainfall in Southeast Asia. This colder winter can result in higher thermal coal demand as more energy is needed for heating. China’s thermal coal market is already extremely tight, and if demand increases while coal supply from other regions, including Australia, gets worse, we could be looking at high thermal coal prices throughout this winter. Japan and India can also be affected by La Niña this winter experiencing temperatures 2 to 3 degrees lower than average which should translate into higher heating requirements in those regions.

How will other commodities be affected?

It is not only the steel value chain that will be affected by La Niña. CRU has identified a few other commodities where either the demand or supply side are expected to be impacted by La Niña.

A new La Niña is already a reality, and its impact on the commodity markets can be even more severe than last year. To understand the potential impact on commodity markets and your business, get in touch with our team. Click below to submit the contact form.