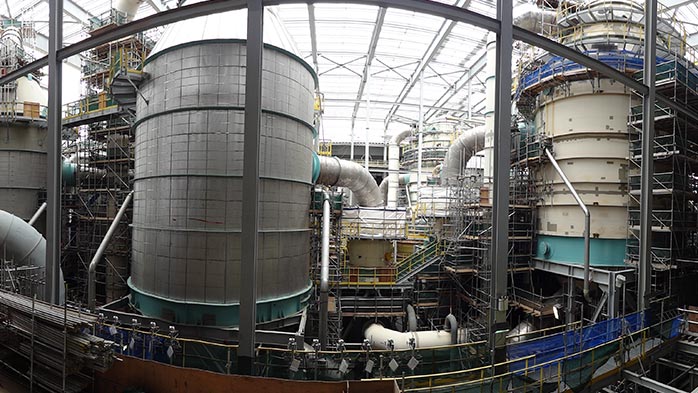 Following a month of intense speculation – which helped push some MOP import prices to their highest levels since 2012 – on 24 June the European Union agreed to expanded sanctions targeting Belarus’ economy.

The scope of the new legislation was considerably more limited than expected, with a ban on the import and transit in EU member states of around 15-20% of Belarus’ current annual MOP exports. Belaruskali and its export arm BPC, in addition to many of the company’s consumers, will likely breathe a sigh of relief that speculation of a near outright ban on Belarusian MOP exports has not become a reality. Since the EU has shown it is more than willing to target Belarus’ economy, concerns are unlikely to evaporate completely. That alone may be enough to persuade some consumers to look for alternative supply and the impacts of the sanctions could yet prove more severe and widespread than the legislation suggests.


What do the expanded sanctions prohibit and permit?

Following a month of intense speculation – which helped push some MOP import prices to their highest levels since 2012 – on 24 June the European Union agreed to expanded sanctions targeting Belarus’ economy. However, the scope of the new legislation was considerably more limited than expected, with a ban on the import and transit in EU member states of around 15-20% of Belarus’ current annual MOP exports.

The legislation adopted by the EU on 24 June states: “It shall be prohibited to import, purchase or transfer, directly or indirectly, potassium chloride (“potash”) products listed in Annex VIII from Belarus, whether or not originating in Belarus.” Not only do the new rules ban EU member states from importing the listed products, but also from allowing them to transit across their territories. Notably, this prevents BPC railing the specified products across Lithuania to its main export terminal at Klaipeda.

Potassium chloride is internationally traded under the HS code 310420. Contained within this are sub-codes – identified by a two-number suffix – which specify differences in potassium content. According to Belarussian customs data provided by IHS Markit, BPC exports MOP under three different sub codes:

In addition to some trade codes for complex fertilizers, Annex VIII only specifies a ban on two potassium chloride trade codes:

Crucially, it omits 31042050. In 2020, Belarus exported 83.2% of its MOP under this code, according to local export customs. At this stage, it appears EU member states remain free to import and transfer MOP from Belarus traded under this code.

In addition, the legislation does not apply to existing contracts agreed before 25 June. BPC (or other Belarussian suppliers) can still deliver the now prohibited products specified in Annex VIII to customers in the coming months until contractual obligations are fulfilled.

Belaruskali and BPC dealt a huge reprieve, but new sanctions do present complications

Belaruskali and BPC management – in addition to many of the company’s consumers – will undoubtedly be breathing a huge sigh of relief at the limited scope of the sanctions. For now, it appears BPC will still be able to export the majority of its MOP unimpeded, and consumers will be able to secure most of their normal supplies from the company. Moreover, there is nothing contained in the legislation preventing Belaruskali from tweaking its production and exporting more product under the 31042050 code.

However, the ban on MOP exported under the 31042090 code does prohibit Belaruskali/BPC from exporting higher-grade product, which is often priced at a significant premium, into or through the EU. Importantly, it largely prevents the company from supplying potassium chloride used in industrial applications. Such end uses typically require high purity MOP and CRU estimates it accounts for around 8% of global demand.

Belarusian customs data has obscured destinations of the country’s MOP exports since 2016. But between 2008 and 2015 these were visible and provide an insight into where BPC likely sends its higher-grade MOP today. Between those years, BPC exported around a third of this high-grade MOP (31042090) to European consumers.

If this data is extrapolated to 2020, it implies total exports of around 0.6 to 0.7 Mt which EU member states are no longer permitted to receive. These specific consumers will need to find alternative sources of supply should they wish to continue to purchase MOP containing more than 62% K2O.

In addition, the remaining two-thirds sent to consumers outside Europe cannot be railed into Lithuania for export via Klaipeda. Consequently, BPC will have to re-evaluate how it supplies this product:

Regardless of which option, or combination thereof, BPC pursues, the EU sanctions present an opportunity for other suppliers to sell increased volumes of higher-grade MOP. On the other hand, they will also likely result in the Belarusian company increasing exports of MOP sold under the 31042050 code. The result is likely to see slight alterations in trade flows with some of BPC’s European consumers having to purchase high-grade product from other suppliers.

The EU has also prohibited the import, purchase, or transfer of PKs and NPKs from Belarus in the regulation, specifying the codes: 31052010, 31052090 and 31056000 in Annex VIII of the legislation. Of the 1 Mt of NPKs exported from Belarus in 2020, more than half was moved to Ukraine and these volumes may be unaffected at this stage. Poland, however, is the second biggest destination for Belarusian NPKs, taking around 0.2 Mt last year, and the country will now be prohibited from receiving these volumes.

With ample supply available from neighbouring Russia, the impact on the NPK market itself should be limited. Nevertheless, producers Gomel Chemical and Belaruskali will likely be forced to reduce NPK output for a number of months at least. This will impact Belaruskali’s domestic sales of MOP which, since 2010, have averaged around 1.1 Mt/y. As a consequence, BPC might slightly increase MOP exports due to lower domestic demand.

Why has the EU omitted the majority of Belarus’ MOP exports from its latest sanctions?

CRU has approached the EU for comment on the 24 June sanctions, but continues to await a formal response. It remains unclear precisely why the 27-nation bloc omitted a specific trade code under which Belarus exports more than 80% of its potash.

However, CRU is of the view the EU was more conservative as it was likely aware of the substantial impact of banning almost all Belarusian MOP exports on markets well beyond its own territory. Belaruskali’s production supplies around one fifth of global demand. Removing such a large swathe of output – particularly considering how tight supply already is – could have sent prices to record highs. The resulting fallout of which, such as major demand destruction and penalising consumers in regions of the world well outside European territory, appears to have been deemed unacceptable by the EU.

An alternative course of action the bloc could have taken would have been to ban the import of all forms of MOP within the EU itself but permit transit of product through member states, allowing BPC continued access to Klaipeda. That the EU did not pursue this indicates it was aware Europe is more reliant on Belarusian MOP, than Belarus is reliant on European MOP demand.

In 2020, CRU estimates BPC delivered around 15% of its total exports to European customers. Europe, however, relied on BPC to supply around a quarter of its total requirements. Consequently, this course of action would have been more damaging to European consumers than Belarus’ economy. In addition, it could have had greater consequences for other markets elsewhere in the world, as it would have likely resulted in a bigger redistribution of product to markets outside Europe. Finally, they also allow the EU room to ramp up the severity of sanctions if required.

Although Belarus’ potash sector has so far seemingly avoided severe restrictions, this is unlikely to be the end of the story. The United States could yet reimpose a ban on imports of Belarusian MOP, much as it did prior to 2015, and a number of BPC’s consumers could now decide the new sanctions represent too much of a risk to continuing business with the supplier.

In addition, the Belarusian government’s actions have become increasingly belligerent and unpredictable. Any further missteps are likely to be met with more robust action and these latest sanctions may represent a final warning from the EU.

The limited scope of the current sanctions is likely to be met with some degree of relief from Belaruskali/BPC and its consumers. Intense speculation over the past month of a near outright ban on Belarusian MOP exports has not become a reality at this stage. Prices in some markets which have flown higher in recent weeks as a result may now witness some downwards corrections.

However, since the EU has shown it is more than willing to target Belarus’ economy, not just individuals close to President Lukashenko’s regime, concerns are unlikely to evaporate completely. That alone may be enough to persuade some consumers to look for alternative supply and the impacts of the sanctions could yet prove more severe and widespread than the text in the legislation suggests.

Get in touch with our team to learn more
Want to read more? Register to continue reading and gain access to all CRU Insights