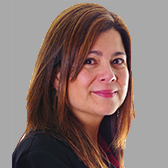 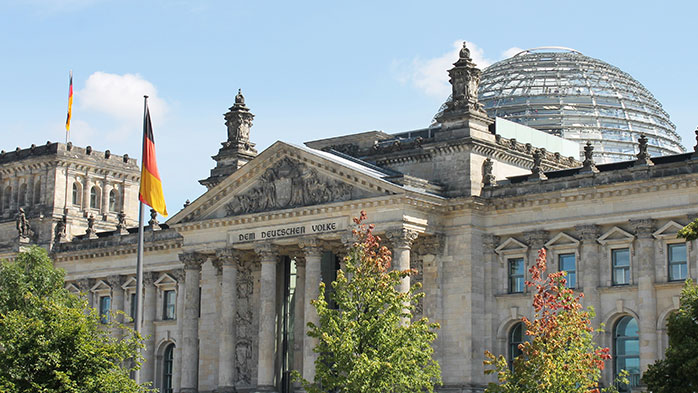 In this Insight we look at who runs the new German government, what this might mean for cable and what the new government’s plans are in regard to the end markets that consume wire and cable

Who is at the helm of the new German government?

The Cabinet posts of interest to the wire and cable industry are: 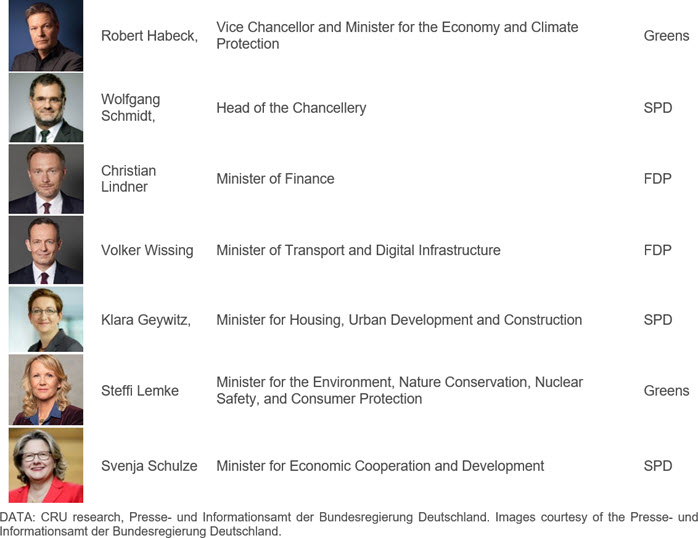 While the various ministries from what is also known as the traffic light coalition (red (SPD), yellow (FDP) and Greens (Green)), are in the hands of coalition partners who sit on opposite ends of the political spectrum, nothing too dramatic is expected as German politics are based on consensus building and stability. Some political observers believe that this is the government that might see the most modernisation with an emphasis on digitalisation, accelerating climate commitments and investing in affordable housing.

Who got which ministries?

The SPD gets the chancellery, along with important ministries like Interior, Housing and Labour, Economic Cooperation and Development.

The Greens scored the Foreign Ministry, with a more human rights-centric foreign policy, which could affect relations with China and Russia, but most importantly for wire and cable, is that co-leader Robert Habeck will lead a new Economy And Climate Ministry, which will give the Greens the chance to work with Germany’s all-important industrial sector as it transitions to more climate-friendly policies.

The pro-business Free Democrats won the very coveted Finance Ministry, which will give them power of the purse strings, potentially keeping any too-ambitious spending plans in check. Importantly for wire and cable, the FDP also have the Ministry of Transport and Digital Infrastructure.

What does it mean for wire and cable?

With the above factors in mind, CRU Wire & Cable News has taken a look at what the coalition’s proposed plans might mean for cable. As far as we can see, what has been proposed is fairly positive for wire and cable demand, both for energy and communication cables. Compared to the previous government, the Coalition Agreement aims for the following by 2030: a 68-83% increase in wind and solar capacities, 7% increase in EV passenger cars, 1 million EV charging points, increased rail buildouts, fuller and faster national FTTH coverage, and an increase in affordable housing new-builds, amongst others.

How the new government plans to implement these measures, in which time frames and how they will be financed is not yet apparent and will be hammered out by the coalition partners over the next few months.

What is clear is that digitalisation of the government and German society, an enhanced focus on science and technology as well as speeding up of approvals processes for infrastructure and important projects, as well as accelerating climate goals stood out as key features that permeated the new governments agenda.

“CRU remains bullish on Germany’s near-term and mid-term energy cable demand. With the new coalition government’s emphasis on the green energy transition, railway system expansion and construction investment, we forecast the country’s energy cable demand to grow at a healthy 2.9% CAGR between 2021 and 2026. Specifically, we expect power cable demand to grow as much as 6.6% y/y in 2022, thanks to the start of the German Corridors projects,” explained Chenfei Wang, Senior Analyst, Wire & Cable at CRU.

“The weakness in the automotive sector for the past two to three years has acted as a drag on Germany’s automotive wire and cable consumption. We anticipate demand for this cable type to improve notably in the coming years, with a gradual easing in the chip shortage situation and solid demand for EVs,” Wang added. 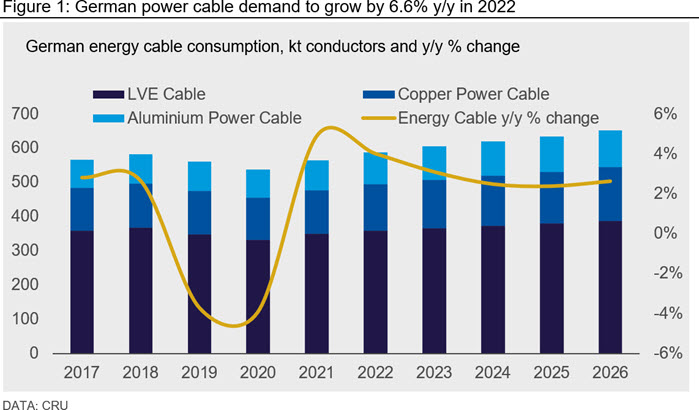 “CRU has made a number of upwards revisions to German optical cable demand over the last 18 months. During the peak of the Covid-19 pandemic it became clear fast and reliable broadband has become essential and as such, a number of carriers have increased capex and ramped up FTTH cable deployments. The new coalition’s goal to provide nationwide FTTH certainly is ambitious given Germany’s current coverage rate, which sits at approximately 11% (number of homes connected with FTTH vs. total available households),” commented Michael Finch, Head of Wire & Cable at CRU.

“However, with measures that allows faster approvals and greater subsidies, the ‘full-fibre’ target seems increasingly attainable, especially given recent developments at the likes of Deutsche Telekom, which are ramping up FTTH deployments by 67% in 2022. As shown in the chart below, CRU now expect German optical cable demand to surge over the coming years, growing in excess of 15% y/y on average over the 2022-2026 period,” concluded Finch. 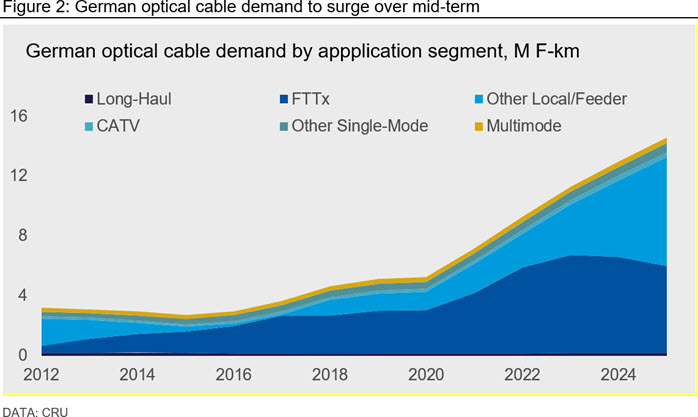 The following is a summary of key proposals by cable end markets made by the coalition in its 177-page agreement titled “Dare More Progress – Alliance for Freedom, Justice, and Sustainability”: 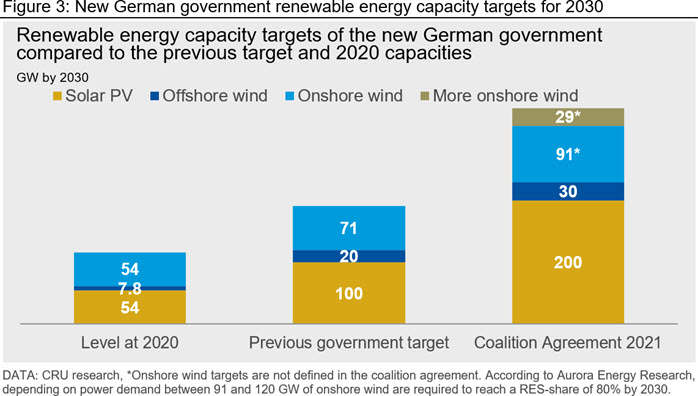