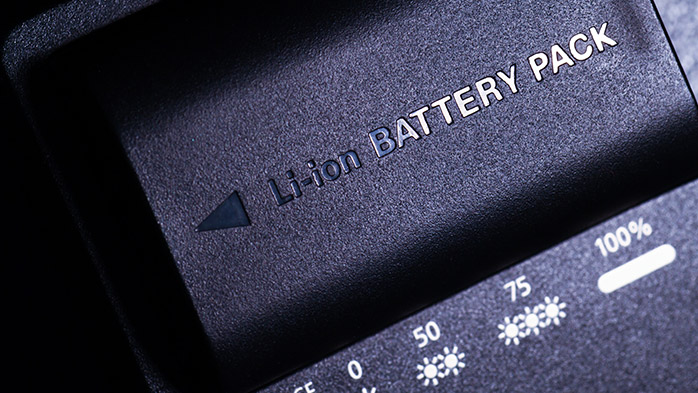 In this part of our lithium Insight series, we focus on the various technologies used to process lithium brines in China to shine a light on this part of the industry and its processing advancement.

Of particular interest is how some Chinese companies have targeted different features of their brine deposits and developed ‘tailored’ technologies to work on distinct compositions of brines.

As we discussed in the first part of this series, the development of large scale Chinese brine deposits have faced issues from elevated Mg/Li ratios, high altitude geographies and achieving lower hydroxide grades than the spodumene route.

Firstly, we have summarised the traditional brine processing methods:

Solar evaporation / Sedimentation
This is arguably the most commonly used and widely adapted method, with a long history. Many brines in South America (in the “Lithium Triangle” region) are using this, where solar evaporation leaves behind concentrated brines and precipitants are added to extract Li ions. This method is mature, easy to adapt and simple to run, yet it has a high requirement for specific properties of brines and only works well for low magnesium/lithium (Mg/Li) ratios.

In China, the precipitation method is called the “solar pool crystallisation method”, with the same fundamental techniques and limitations of requiring a low Mg/Li ratio. Thus, this method is only used at the Zabuye brine, operated by Tibet Mining, with a Mg/Li ratio of around 0.019.

Electrodialysis
The process uses an ion-exchange membrane to separate out the Mg and Li ions. Research has shown that extraction rates can reach higher than 80% for Li and 95% for Mg, and the original brines can also be recycled. This method is adopted at the East Taijnar Brine and successfully solves the problem of having a high Mg/Li ratio. Other elements contained in brines, such as potassium, can also be effectively separated and utilised. This process is praised for its pure physical separation and very limited environmental damage but encounters problems such as high initial processing costs and rapid depreciation of the membrane. The production cost for lithium carbonate is estimated at RMB 60,000/t (USD 9,400/t).

Solvent Extraction
This method is not subject to specific Mg/Li ratio requirements as the process uses a mixed organic solvent to trigger a chemical reaction for extraction. Yet the main issue is that the chemical solvent can cause serious environmental problems and typically results in high associated environmental protection costs. The method is not used on a large scale and only known to be used at the Da Qaidam Brine.

Calcination
The method was the earliest to achieve industrial production but has since been phased out. Energy consumption is very high during the 700-900 degree Celsius kiln process to dehydrate the chemical compounds. The process also produces large volume of poisonous gas so can be environmentally damaging. Citic Guoan used this method in the past. 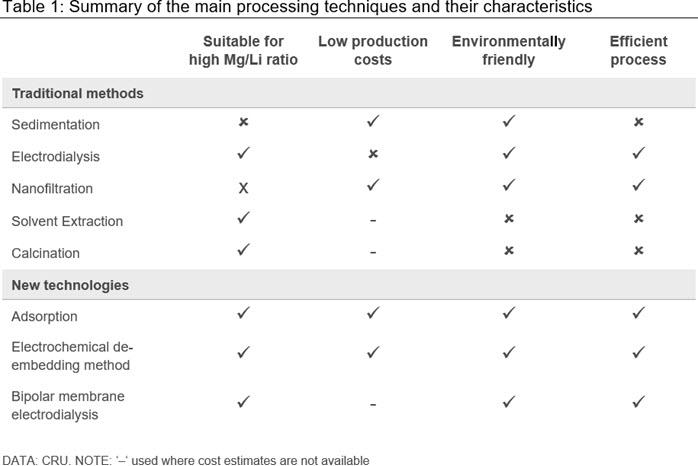 The following section describes new techniques developed at some Chinese brine operations to enable operations at high altitude and with elevated Mg/Li ratios:

Electrochemical de-embedding method – high altitude brines
Zhongnan Lithium owns the patent for this newly invented technology which specifically targets high altitude brines to reduce production costs and unit energy consumption. A joint venture formed in June 2021 by Zhongnan Lithium and Tibet Ali Lithium: Tibet Lithium Energy and Technology Ltd., will be utilising this technique and aiming for construction completion by the end of 2022, with a 10,000t LCE annual production target.

This method is renowned for its improvement in recovery rates and its ability to process brines of varying specifications. Lithium carbonate production costs are less than RMB 20,000/t (USD 3,200/t) and the whole process is non-toxic and environmentally friendly.

It is worth noting that the electrochemical de-embedding and adsorption methods are also suitable for high Mg/Li ratios.

Adsorption – reducing costs & improving efficiency
Adsorbents have been used to separate out Li ions in the industry for many years. The technology continues to be developed in China to improve the overall process and enable larger scale production. This relatively environmentally friendly technique has been utilised for industrial mass production by Lanke Lithium at the Qarham Brine deposit.

Lanke Lithium previously used an aluminum salt adsorbent with the advantage of a high separation rate, low depreciation rate and longer life cycle. However, the adsorption capacity was relatively small and there was further potential for cost reductions. One of their technology advancements uses an extension of the adsorption method, where a membrane is combined with the adsorption process. Lanke Lithium has now successfully implemented this combination technique to generate an annual output of 10,000t LCE.

In August 2021, Tibet Everest Co., Ltd also signed a cooperation framework agreement with Jiuwu High-Tech Co. Ltd. This will allow a trial operation at their SDLA project in Argentina for a 25,000t LCE capacity expansion using the adsorption coupled membrane method. According to a public report, the combined technology is expected to shorten the time to reach their production target by 18 months, and therefore reduce costs.

Brines will be key for China in future

In the past, the main difficulty faced by Chinese enterprises in extracting lithium from brines was the high Mg/Li ratio compared to those in South America (see Table 1 here). The low concentration of Li also meant that the initial investment was very high for any substantial scale. According to market participants, a production line with 10,000 t LCE capacity could cost RMB 0.5 - 0.8 billion of initial investment. Low Li concentration also constrains capacity expansions which has been a key barrier to the supply of increased lithium chemical volumes from brines in China.

The other key area of focus for technology improvements has been the production cost. The use of imported spodumene benefits from its stable chemical composition and high-purity products. Production costs, on average, for battery grade lithium carbonates are currently lower when using spodumene.

Moving forward, with the booming EV market and increasing demand from power and storage batteries, further development of these technologies or the combined use of techniques for larger scale brine extraction will continue. As shown in the chart below, we expect Chinese Li capacity from brines to increase in the short term. Technology improvements have accelerated with rising lithium demand to allow Chinese brines to become a reliable raw material source.