A little more in China, but India the real growth engine 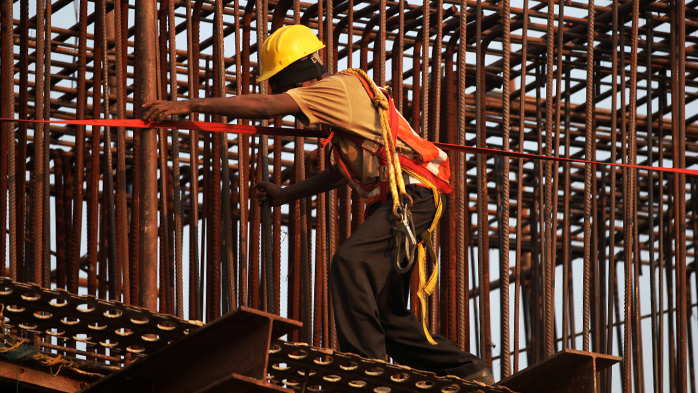 Even though China's steel demand has been contracting since 2014, we believe structural growth will resume in a final phase in the 2020s, but why?


Firstly, we expect the rate of housing destocking to fall in these years, supporting new build once more. Meanwhile, urbanisation will persist, but crucially more of those urban migrants acquire the hukou1, helping drive living space per migrant upwards, and therefore steel demand in urban housing. Urban migrants without hukou now occupy around 6m2 of floorspace, compared to 20m2 for those with a hukou - significant upside. One final growth driver in this sector is replacement demand: a large proportion of buildings constructed at the end of 20th century will need to be replaced as they come towards the end of their life, and it is likely that the more modern buildings that replace them will be more steel-intensive.

What else will drive renewed growth in China? Additionally, other key steel consuming industries such as machinery and automobile production will continue to expand, albeit at diminishing rates, especially into the 2030's and the latter part of our extended forecast period. Growth in these sectors is therefore expected to continue, but not at a rate that will offset evential falls in construction and infrastructure beyond the middle of the next decade.

Look to India for more, and more sustained growth
We forecast Indian steel demand to treble by 2035 from 2015 levels. The country is 20 years behind China in terms of steel intensity and around 23% less urbanised than China is today. In Indian cities, urban residents live with less than a third the floor space per capita available to the average Chinese. Only some of this incredible potential is expected to be realised in the next 25 years, but even that provides significant demand growth, and more in volume and growth rate terms than China. Like China, however, it's the urban construction sector that is the principle growth engine.

Our end-use analysis shows that in India, over the next 10 years, this sector will account for 71% of the total increase in base case forecast demand growth. Apart from ongoing urbanisation that will lead to increasing demand for housing, steel consumption in construction will be driven by increasing steel intensity, again like China, further driving steel consumption.

Unlike in China, growth in numerous other industries in India are expected to show significant growth in the coming years, including infrastructure development, machinery, automotive and energy sectors. Consequently, domestic steel demand in India is expected to show the strongest growth of all nations. We expect all of this demand to be met by domestic production as the country builds more capacity while continuing to protect its market from imports.

Lots of potential for steel demand growth in the rest of the world
There are 2.2 bn people outside of China and India that live in countries that use less than 70 kg of steel per capita, steel intensity that was exhibited by Europeans and North-Americans in the 19th Century. As such, the potential for steel demand growth in Southeast Asia, Africa and South America is also significant.

We also cover these regions in our new long-term forecast in the Crude Steel Market Outlook in addition to our detailed Chinese and Indian analysis. This service also provides forecasts of hot metal and DRI/HBI production and the long-term outlook is an extensive enhancement that forms part of the existing subscription.