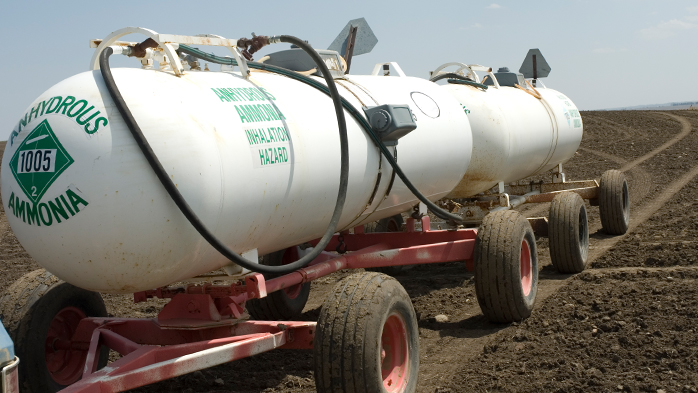 Demand for the ammonia forecast was substantial given sharp price declines in Q2/Q3 2016 as supply outweighed demand. Since the forecast's November 2016 launch, the ammonia market has turned a corner due to the introduction of planned production curtailments. At press time, values continue to climb on curbed supply with market participants carefully monitoring future developments.


As outlined in the latest Ammonia Short-Term Forecast (January 2017), prices are expected to remain firm through January and well into February as market participants focus on meeting commitments with scarce supply. Looking further ahead, improvements in product availability should ease upwards price pressure with a softening in values expected March onwards.

How much further prices climb in the near term will largely hinge on events in the Black Sea. An escalation in the ongoing dispute between TogliattiAzot and the owners of the Transammiak ammonia pipeline over payments of pumping tariffs led to a suspension in transport of ammonia from the Russian facility to the Yuzhnyy terminal late last year, pushing values up $70/mt since the start of December. Talks between the two sides continue, but at the time of writing an agreement had not been reached and values remain indicatively assessed at $280-290/mt FOB based on low supply. Further price increases are not excluded until regular flow is reinstated.

In the meantime, TogliattiAzot marketing arm Ameropa has been forced to look elsewhere to meet contract commitments. It purchased its third spot cargo since December last week from Ma'aden at $241/mt FOB with additional spot deals a possibility as long as the pipeline dispute persists.

Support for firm prices across the market in the immediate term may well come from buyers such as OCP. The phosphate producer requires additional ammonia volumes in advance of commercial output of ammoniated phosphates at Jorf Lasfar hub III (JPH-III) in late Q1 this year. Should spot tonnage not be readily available west of Suez, OCP will find itself with little choice but to source product further east and will have to pay higher delivered numbers to cover its requirements.

Indian buyers indicate they will resist such price increases in what is a seasonally low ammonia demand period. Likewise, uncertainty over the timing and price of the Indian Q1 2017 phosphoric acid settlement is expected to curb ammonia spot enquiries from granular ammoniated phosphate producers in the near term.

Increased ammonia supply in the US remains a key concern for market participants in the months ahead. The last few months has seen roughly 1.8 million mt/year ammonia production added to US Gulf output between the new CF and Dyno Nobel plants. CF Industries' newest ammonia unit at Port Neal, Iowa should pump out 180,000 mt/year merchant ammonia. The upcoming ammonia start up at Iowa Fertilizer Co./OCI in Wever, Iowa should however see very little product available for merchant use.

US government data revealed a 40% gain in ammonia exports during July-November 2016. This trend is still evident with several CF cargoes being offered into the merchant market. Trammo is lifting two parcels later this month while OCP and EuroChem secured spot tonnage in December 2016.

In the long run, CRU's Fertilizer Week believes additional US ammonia capacity will remain within the US. The true impact of greater US Gulf supply should be reflected in markedly reduced imports from Trinidad, the Black Sea and Venezuela rather than vast export volumes.