Chinese exports of ferrous scrap will not last 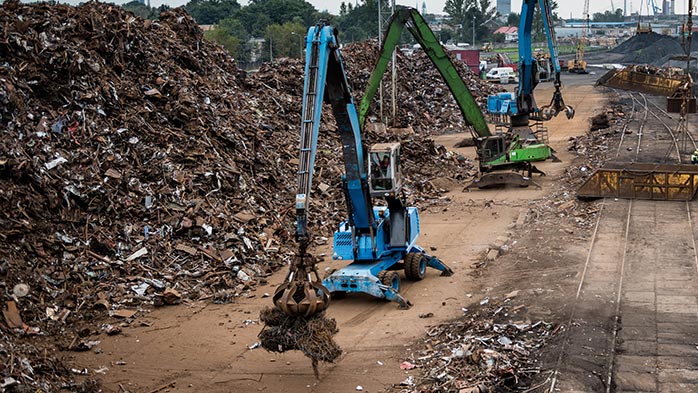 Chinese exports of scrap have occurred recently because it was marginally profitable to do so and there was material available following the closure of induction furnaces in the country.  The window of profitability was fleeting and BOF and EAF-based steelmakers are now taking up greater scrap volumes.  We do not expect scrap exports to have been significant nor will they be sustained.


According to Chinese trade data, the country has historically exported near to zero scrap.  However, the picture from reported Chinese data is never as clear as one would hope.  Using scrap imports from China, as reported by other countries’, yields fairly consistent Chinese exports of about 140 kt/y in recent years, with a few exceptions prior to 2012.  This is a small volume in a global context, but suggests that, when the economics are right, some merchants or traders look to move material abroad.  Based on reported Chinese data, exports increased in March and again in April.

Scrap exports are unprofitable
The problem with exporting scrap from China is that it is mostly unprofitable, because the country imposes a 40% duty on exports and the VAT-rebate was removed in 2003.  Historically, exports of scrap from China have been associated with rising scrap prices in export markets, be this Asia more generally, or specific markets, such as India in 2011.

Previously, CRU has shown that there is a price floor for scrap of around RMB1,100 /t in China, assuming costs for collection that are linked to local minimum wages and.  Earlier this year, based on prices for HMS #1 material, Chinese scrap exports became marginally profitable on this measure.

Before this recent period, April 2016 was the last time that scrap exports pushed into the profitability zone and scrap export volumes almost tripled during the month, but there was little concern raised by the market at that time.  This time, however, the closure of induction furnace capacity in China has increased concerns due to fears of a surplus of material in the country.  Given the higher profitability for exports in April this year, it makes sense that Chinese traders were offering material.  However, prices have since slipped back below the level of profitability required to sustain volumes, beyond any material that may need to be cleared from inventory to sustain cash flows.  Looking ahead, scrap prices will remain below the profitability threshold for scrap exports to be sustained and we believe concerns in the market are overblown.