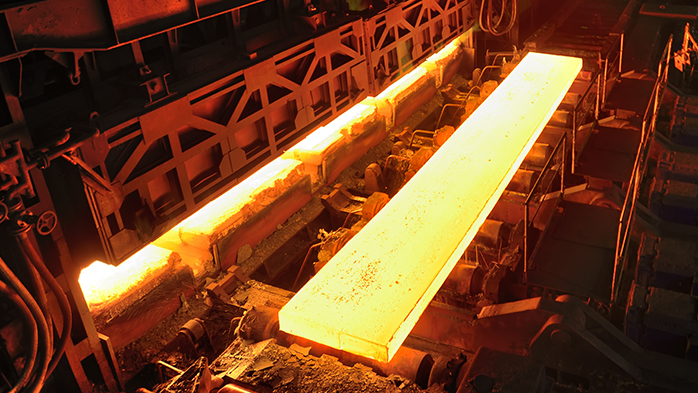 The fire, which started in an electrical room in the heavy plate plant, took over 24 hours to extinguish and has left the plate mill control equipment severely damaged. There were no injuries reported and other equipment at the Oita site has been unaffected.


The electrical controls for the rolling line are severely damaged although the finishing line, which was not damaged in the fire, has been able to successfully resume operations.

On the 13th January, NSSMC announced that they expect normal operations at the Oita works plate mill to not be resumed until September. Before the full extent of the damage could be assessed, it was hoped that NSSMC's other three plate mills at Kashima, Nagoya and Kimitsu (with a combined capacity of 5.8 Mt) would be able to make up the temporary shortfall in production.

Other NSSMC plate mills are being run at a high capacity utilisation and do not have enough spare capacity to meet the production volumes lost from the Oita mill. One option is for NSSMC to turn to supplies of plate from other Japanese plate producers in order to meet the demands of their customers. We expect that NSSMC will be able to source this additional material domestically as we estimate just a 74.8 % capacity utilisation for reversing plate mills in Japan as a whole in 2016.

CRU's Steel Cost Model estimates that the Oita works had the lowest production costs per tonne of steel plate produced of NSSMC's plate mills and so in addition to the costs of repair to the facility, this production outage will undoubtedly affect the company's profit margins. The mill makes heavy plates, many for the shipbuilding industry. The Oita mill has a capacity of 2.4 Mt, making it the largest of NSSMC's four plate mills. Assuming it ran at the national average of 74.8% capacity utilisation last year, the Oita mill would have produced nearly 1.8Mt of steel plate, equivalent to 19% of Japan's total demand for reversing mill plate in 2016.

Tightening of demand will help support prices, which have not been strong over recent months due to woeful demand from plate end-use sectors. Slightly higher prices in the region will come as welcome support to struggling South Korean steel plate producers. However initial estimates suggest that the extra material required by NSSMC will be possible to procure from within Japan, with the benefits of cheaper freight and a shorter lead time.