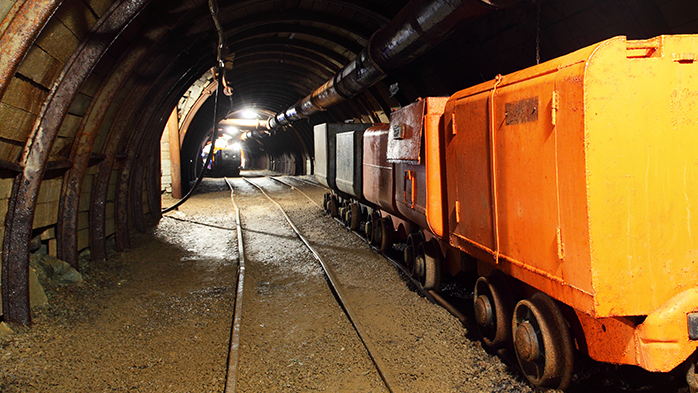 Glencore recently announced plans to cut lead (and zinc) mine production at several of its mines, with 100,000t/y of lead in concentrate reportedly falling victim to the company's debt cutting actions.


CRU however believes lead cuts will actually be less, totalling closer to 75,000t in 2016 and 20,000t in 4Q2015. Before Glencore's early October announcement, we had already accounted for the mid-2016 closure (due to ore exhaustion) of the Black Star mine in our figures, one of several mines that feeds the central mill at Mt Isa. Black Star's loss will be somewhat offset by our assumption that production ramps back up at the George Fisher feeder mine in the second half of next year (George Fisher is part of Glencore's mine cuts in 4Q2015/1H2016), limiting the overall loss at Mt Isa (Lady Loretta feeder mine closed throughout this period as part of announced cuts). First discussed in CRU's October Lead Monitor, we estimate that the majority of Glencore's lead mine cuts will be in Australia. Here, we have refined our initial 2016 estimates to losses of 41,000t (down from our initial 60,000t cut) at Mt Isa and 26,000t (little changed from our initial 25-30,000t cut) at McArthur River.

Mt Isa mine production is mostly smelted 'in-house' at Glencore's smelter at Mt Isa before being shipped as lead bullion to the company's associated Northfleet refinery in the UK. Production at Northleet has been erratic in recent years, having touched a high of 157,000t in 2012 before reaching a low of 112,000t in 2014, owing to inconsistent flows of lead bullion from Mt Isa. GTIS trade data shows improvements this year in bullion shipments to Northfleet, up about a third year on year to 94,112t in January-August 2015. This, along with the 5-6 week lag of shipping from Australia to the UK, means that the pipeline is unlikely to dry up through to the end of this year. However, unless Glencore buys in third party concentrate feed for its Mt Isa smelter or bullion feed for its Northfleet refinery, it is hard to argue against lower production at Northfleet next year. Moreover, some are questioning how an ageing old (sinter and blast) technology smelter like Mt Isa can be run at lower rates (and presumably higher costs).

Mine cuts at McArthur River, Kazzinc in Kazakhstan and Iscaycruz in Peru, on top of other mine cuts, most notably MMG's Century, will make for a harder fight for custom feed between smelters than previously thought. Alongside lower mine output, some smelters are looking to raise production, notably Korea Zinc's Onsan smelter in South Korea. Its expansion from 300,000t/y to 430,000t/y could be up and running by the end of next month before ramping up production through 2016. However, there are questions over where the extra feed will come from. Looking at GTIS trade data, South Korea is the second largest importer of Australian lead concentrates (notably from the Queensland port of Townsville), taking in 84,038t in January-September 2015, up by around one fifth year on year. Of course, smelters outside South Korea are also reliant on Australian concentrate flows that are falling away in 2015-2016 as Australian mine production tumbles. Including the Glencore cuts, alongside the closure of Ivernia's Paroo Station and MMG's Century and lower production at South 32's Cannington, we estimate that Australian lead-in-concentrate production will fall by nearly 10% in 2015 and by another 20% or so in 2016. So, smelters in countries such as China, Japan and Canada, and in Europe, could also feel the pinch from lower Australian concentrate availability.

Glencore is itself a major custom smelter, operating three plants; Belledune in (New Brunswick) Canada, Porto Vesme in (Sardinia) Italy and Ust-Kamenogorsk in Kazakhstan. Mexico and Peru continue to be the main sources of concentrates for Belledune, having accounted for around three-quarters (42,789t) of New Brunswick's total imports (58,057t) of lead concentrates in 2014, whilst imports from both countries represent 94% (41,173t) of New Brunswick imports (43,867t) in January-August 2015. Porto Vesme is the only lead concentrate user in Italy so the country's trade data provides a good guide to this smelter's feed source. Italian concentrate imports, predominantly sourced from Peru, Mexico and the USA, have continued to grow in 2015, with 45,832t imported in January-July, up 35-40% year on year. The flow of concentrate into Italy has risen sharply, from 9,419t in 2012 to 39,748t in 2013 to 73,037t in 2014, reflecting the February 2013 restart and subsequent ramp up at Porto Vesme. Tajikistan to a larger extent than Mexico continues to be the main provider of concentrates to Ust-Kamenogorsk in Kazakhstan, with 37,214t imported in January-August 2015, up a token 1% year-on-year. However, Mexican imports have played a key role this year, with 6,160t of concentrates shipped to Kazakhstan between January and August this year compared to 799t a year ago.

Given the sizable drop in Australian mine production in particular, we will be keeping a watchful eye on the likely shifts in concentrate flows around the world as smelters reshuffle their feed sources in the months ahead.