Implications of The Aluminum Association's tough stance on Chinese imports 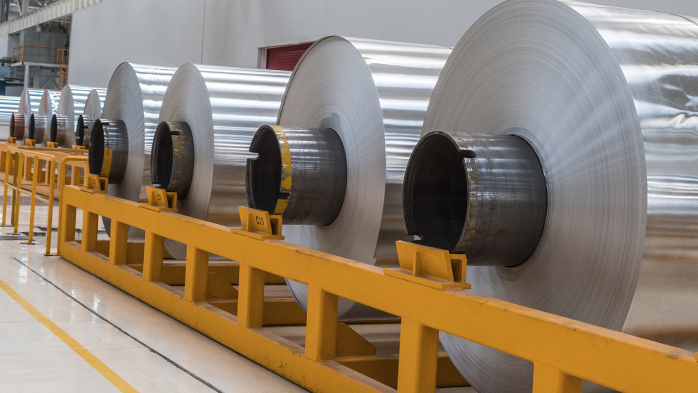 The Aluminum Association (AA) is taking unprecedented action against Chinese aluminium foil producers by filing antidumping and countervailing duty petitions in the US on behalf of its members.


In 2016, Chinese aluminium foil imports accounted for 72.8% of total US foil imports, a figure which has grown from 49.1% in 2011.  Considering that imported foil represented 31% of U.S. and Canadian foil consumption in 2016, and 19.8% of China’s total foil exports in 2016, the potential implications of such an action are worth a closer look.

The US and Canada Supply Landscape
CRU estimates that peak foil capacity of 757,500t was reached in 2001, when 21 mills were operating.  Over the span of 15 years since then, foil capacity decreased to 529,316t in 2016, a reduction of 30%, and the number of operating mills dropped down to 16.  Consequently, US foil output now stands at 440,000t.  It’s important to note that there are no operating foil mills in Canada, so all output discussed is from the US.

Imports play a significant role in the regions’ foil market and since 2011 imports to the US have continued to rise driven primarily by a substantial increase in imports from China.  Over that period of time, US foil imports from China have grown from 60,779t to 144,154t, an increase of 137%.

The US and Canada Demand Landscape
Total consumption of foil in the US and Canadian market experienced a modest CAGR of 1.4% from 2011 to 2016, reaching close to 638,000t last year.

According to our contacts the bulk of this growth was driven by stronger demand for fin stock, mainly used in HVAC and automobiles, which represents 29% of total consumption in the region.  And it was fin stock for commercial applications which was the driver, boosted by a recovery in the housing market. Demand for foil in the packaging sector also grew modestly.

Potential challenge for US foil importers
In the event that US imports of Chinese foil are halted, the threat of supply chain disruptions becomes a challenge for US foil importers.  The amount of spare capacity in the US market, calculated as the difference between capacity and output, was 89,316t in 2016.  This is 54,838t less than the amount that would be required to satisfy current consumption, forcing US foil importers to secure alternative supply options.  It is our belief that US foil producers would certainly ramp up production to help fill the gap, but alone, this may not be enough.

The implementation of antidumping duties would also result in higher domestic foil prices for consumers. Currently plain foil import duties into the US range from 3%-5.8% depending on the grade and gauge.  According to information published by the Department of Commerce on 28 March, anti-dumping margins would range from 38.40% to 140.21% for imported foil from China.  Such antidumping duties would put US consumers in an unfamiliar position of paying higher prices.

To get a better sense for the magnitude of the potential impact to consumers’ supply, we look closer at a similar case dating back to 2010.  On 31 March of that year, the United States International Trade Commission (USITC) instituted investigations into aluminium extrusions imported from China after receipt of a petition filed by the Aluminum Extrusions Fair Trade Committee and the United Steel, Paper and Forestry, Rubber, Manufacturing, Energy, Allied Industrial and Service Workers International Union.

Following a 1 year investigation into the matter, the Department of Commerce announced on March 29, 2011 its determination that Chinese producers/exporters have sold aluminium extrusions in the United States at dumping margins ranging between 32.79 and 33.28%.  Just two months later the USITC made its final determination that imports of extrusions were causing harm to the domestic industry and levied a 137.65% countervailing duty on Chinese extrusion imports, resulting in a total duty of roughly 171% of the extrusions’ value.

As shown in the below chart, this essentially eliminated US extrusion imports from China.

Potential scenarios impacting global foil trade:
As mentioned above, in response to an import ban on Chinese foil, US domestic production would almost certainly rise and it may even result in some shuttered capacity being reopened.  However, it is unlikely that the domestic market could satisfy total demand, requiring one of the additional scenarios described below to play out.

1.  US halts foil exports to satisfy domestic market
If the US pulled back on exports in an effort to satisfy domestic demand, the country impacted the most would certainly be Mexico.  Mexico is a country that relies almost exclusively on imported foil as production in 2016 was only 5,809t, according to CRU data. In 2016, Mexico imported 76,158t of foil in total, with 45,517t (60%) coming from the US.  Imports from China, the 2nd largest exporter to Mexico, were 25,185, accounting for 33% of the total.  Since 2011, Mexico’s foil imports from China have grown by 160%, and would be the most likely alternative to US foil if this particular scenario were to unfold.

2.  US importers shift to alternative sources
If China is no longer a viable option for US foil importers, the main country that could help fill the void is potentially Turkey.  Since 2011, Turkey has added 56,333t of foil production capacity, an increase of 62%, with future plans to add an additional 73,667t of capacity by 2022, per CRU data.  During this same period, Turkey’s foil exports have increased by a staggering 2,664%, or 71,508t.

3.  Displaced Chinese exports find their way into other import dependent countries
If US foil importers turn away from Chinese-origin product amid the potential implementation of antidumping duties, Chinese foil producers will be forced to seek out new international customers, or cut back on production.  The table below shows the top 10 foil importing countries in the World.  Of these 10, the US ranks #1, and 6 out of the remaining 9 countries are in Europe.  It’s important to note that India is awaiting the implementation of anti-dumping duties by its Finance Ministry following a 2-year investigation that found concrete evidence to support a final ruling from the Directorate General of Anti-Dumping and Allied Duties (DGAD) on China exporting foil below its normal value.  With India, and potentially the US off the table, China’s likely target will be Mexico and other Asian destinations as even Europe has anti-dumping measures in place on Chinese foil products.

Conclusion:
It’s not uncommon for the US to levy anti-dumping and countervailing duties on imported product meeting certain criteria, however, the latest actions by the Aluminum Association are unprecedented for the organisation, but in line with the tougher stance the AA has taken on China in recent years.   Although these latest actions are designed to offer protection for domestic foil producers, they certainly have the potential to cause serious challenges for US foil importers as it relates to higher prices and security of supply. The US is not alone when it comes to dumping investigations on Chinese foil, as Europe and India have already implemented similar measures, therefore limiting the options for Chinese foil exports in the future.