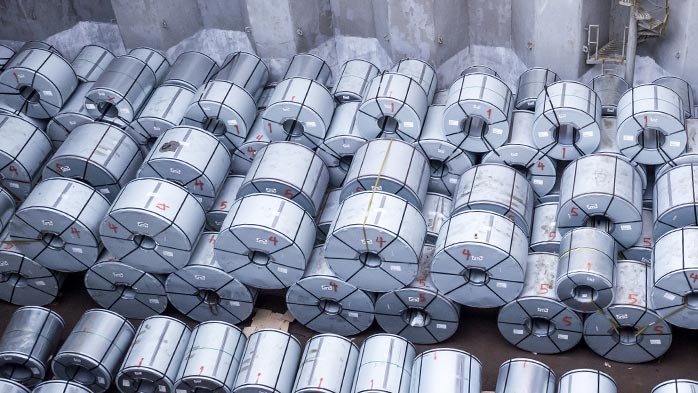 While much remains unknown about the current Section 232 national security investigation on steel imports, we have set our expectations.


This self-initiated investigation is directed more on providing relief to US steelmakers and to providing a platform for future trade negotiations than truly investigating steel imports and national security.  In other words, the premise that national security is under threat is false, it is being used as a tool to arrive at a desired outcome.

Based on these three points, we expect to see quick action taken that will likely blanket the vast majority of steel product imports into the USA.  This is likely to include products such as plate, sheet, oil country tubular goods, line pipe, slabs and more.  Some options include creating a ceiling of imports allowed based on the low levels seen back in 2010 and 2011, or simply creating an additive tax on steel imports.  The actions that come will drive steel prices higher by way of new additive taxes or by artificially limiting supply.

In the past, prior investigations have concluded without action.  Indeed, in 2001, the Bush administration was unable to find that steel imports threatened the national security of the USA.  Bush elected to use a Section 201 and after severe pushback and trade retaliation (directed to affect President Bush and key politicians), the order was lifted prematurely.

This time, things will be different
A trade barrier created by way of national security is one way to get around various trade agreements as multiple countries use this as a tool.  Using national security as a strategy also limits a review at the WTO level.  Additionally, but perhaps more importantly, this is something that is simply between Wilbur Ross, the Secretary of Commerce and Donald Trump.  No congressional or legislative approval is required unlike other initiatives such as health care or the travel ban.  This, on the face of it, is an easy win for the Trump administration.

We believe that unlike the Bush administration, the Trump administration will use the Section 232 as a way to ‘make steel great again.’

We believe this because our review of data suggests that steel shipments related to national security, items such as armour plate, etc., are at most 3% of domestic consumption.  Rather than be concerned that national security-related steel shipments are this minimal,  the Trump administration has clearly shown they will do what they want in order to carry out their agenda without regard for pushback.

CRU’s Expectations
Based on this analysis, we expect:

What the Section 232 will mean
The premise of national security is false based on both current and recent shipment data as well as the style of war seen in today’s age.  Indeed, a massive wide scale, steel-intensive war, like World War II has been replaced by high-tech missiles, drones and now M.O.A.B bombs – all of which are made of aluminium rather than steel.

Regardless of this, the outcome will be higher steel prices due to either new taxes or limits to the current level of imports.  These higher prices will drive additional margin to domestic mills, more so than we already forecast.  Domestic mills (most likely mills that have primary steelmaking in the USA) stand to be the biggest winners if this investigation leads to action.

If slab is targeted, could iron ore and DRI be included?
During the public hearing, a variety of testimony was given.  One comment centred on actively targeting slab imports as the USA may find it challenging to rely on foreign nations if a national security emergency were to happen.  Following this logic, it would thus make sense to not only target slabs with an import tax but to also target all foreign-sourced steelmaking raw materials where domestic production is absent or insufficient, inclusive of scrap, HBI/DRI, iron ore and pig iron.  Like slab, this should come about without regard for the relationship between the domestic buyer and foreign seller.  Therefore, based on this logic, pig iron from Ukraine, DRI from Trinidad, iron ore from Canada and scrap from Europe cannot be guaranteed to be available come a national security emergency.  While this fits the logic from the public hearing, we do not anticipate that this view would be entertained.

What about steel buyers?
The result of the Section 232 investigation will be higher steel prices for most steel buyers in the USA, inclusive of the defense industry.  Due to this, we expect a meaningful lobbying effort by manufacturers as higher steel prices will inevitably squeeze margins and economic growth for these manufacturers.  Barring action or even inclusive of some limited exclusions, steel prices are set to rise if action is taken.  Particularly, if action is taken on slabs, all steel products derived from slabs will see price gains.

Due to higher-priced steel, market reactions should lead to further imports of steel-intensive goods as steel prices in the USA, particularly for sheet and plate, are already at a large premium to global prices.  If this premium rises further, to the detriment of margins at manufacturers, we expect to see more manufacturing of steel-intensive goods moved to other countries.  In fact, this has already happened with some plate-based wind tower components and this is likely just the start.

Conclusion
In conclusion, we suspect that this national security investigation is simply a tool being used to support domestic steelmakers.  We expect that action will be taken this summer.  However, this action will likely be used as a negotiation tactic to strike a bargain with trading partners that ultimately should benefit the USA.  Unfortunately, actions like these will drive other reactions such as manufacturers considering shifting the location of their physical assets as structurally higher steel prices are a threat to corporate profits.