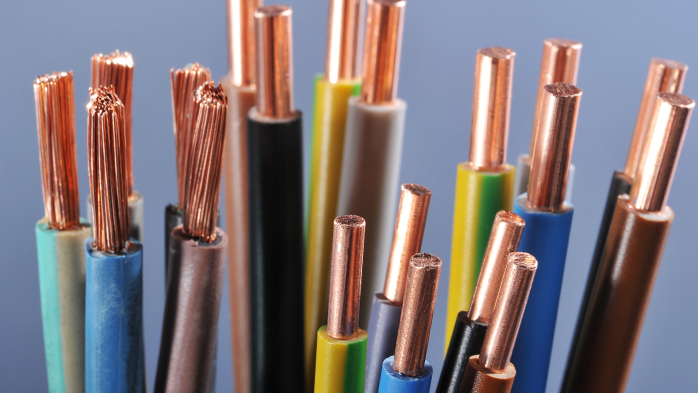 Post-war South and Central American economic history does not make for enjoyable reading with intermittent commodity-related booms quickly followed by bust due to financial and political mismanagement.

There has been no equivalent to the 'East Asian Miracle' and refined copper consumption per capita, which was broadly on a par with South Korea and Taiwan in 1960 is today just one-twentieth of the level in the two East Asian countries.

In the August 2016 issue of Copper Studies we report that as of 2015, wirerod accounted for over 80% of South and Central American refined copper consumption of just over 525kt, with the remainder absorbed by a relatively small brass mill sector for flat-rolled products, tubes and alloy rod bars and sections. Paranapanema in Brazil, which is the only integrated producer-fabricator in South and Central America, accounted for over 40% of wirerod production. Other wirerod producers in the region are stand-alone units or, as in most cases, integrated fabricator-cable producers.

Transport costs are usually prohibitive to long-distance inter-continental trade in wirerod and extra-regional shipments were less than 5% of total production last year. Consequently, supply and demand fundamentals in the region's metallic wire and cable market are the almost exclusive driver of local wirerod production and, only to a slightly lesser extent, of refined copper consumption.

Using information from the July 2016 edition of CRU's Wire and Cable Market Outlook, we estimate that South and Central American metallic wire and cable production was over half a million tonnes (conductor weight) in 2015, but has fallen by about 10% this year, due in particular to the weak Brazilian economy. Copper-based power and communications cables, along with winding wire, accounted for over three-quarters of output with the residual in the form of aluminium power cable. All of the major international wire and cable producers, including Nexans and Prysmian, which account for a third of the Brazilian market, are represented in the region.

Metallic wire and cable market production is a large part of but not the whole story because intra-and extra-regional trade also influences the market. Imports from China and the USA into Brazil are significant and even some of the small to medium-sized countries in South America regularly import 10-20,000t/y. Consequently, metallic wire and cable consumption exceeded 600kt in 2015, but again will fall well below this level in 2016, as some of the key end-use markets continue to contract in Brazil. These include, in order of importance, construction, utility (mainly power transformer and distribution, along with communications), industrial (mainly winding wire) and transport.

Unfortunately, the short-term outlook for the South and Central American metallic wire and cable market is bleak due to the dire political and economic situation in Brazil, and CRU's base case forecast shows no year-on-year growth in the country's GDP until the second half of 2017. However, despite 'losing ' 100,000t/y of refined copper consumption, mostly in the form of metallic wire and cable, in the last three years, the region still has considerable long-term potential, as the population is not expected to peak until well past the middle of the century. The resulting requirements for new infrastructure alone, including renewables-focused electricity generating capacity, could add tens of thousands of tonnes to metallic wire and cable demand, and by inference, refined copper consumption, assuming of course that governments have sufficient funds to pay for it. 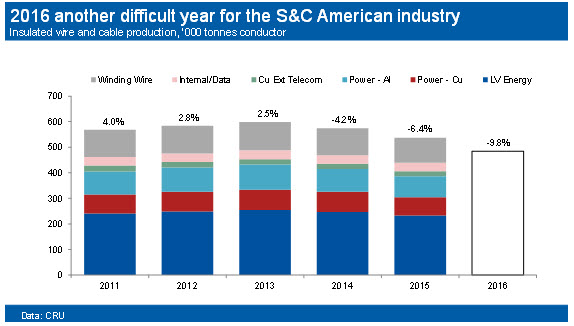 Recent topics include "Mine cost trends and short-term forecast", "Copper smelting processes and technologies" and "Chinese wirerod industry to suffer further from overcapacity." Future issues will cover the copper scrap industry in China and smelter costs in China, amongst others.