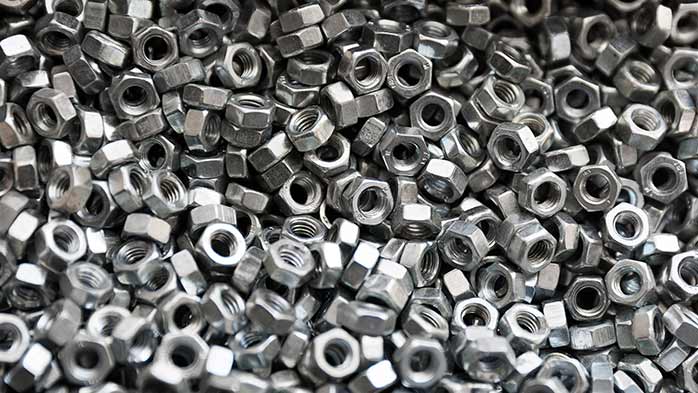 In January 2016, the EU was forced to remove a trade case against imports of Chinese fasteners by the World Trade Organisation. The trade case had been in place since 2009 and imposed import tariffs of up to 85% on importers.


Its removal poses the potential to generate large changes to the fastener import profile of the EU and in turn on fastener manufacturing industries around the world. In a Special Feature in the most recent edition of the Steel Long Products Market Outlook, we gave a general overview of the fastener trade before looking in more detail at what the implications of the trade case removal could be.

Fasteners are primarily made from high quality grades of carbon steel wire rod, as well as from alloy and stainless steel wire rods. They are used by many sectors; notably automotive, construction, power and household appliance manufacture.

The industry is dominated by a relatively small number of countries with a specialised production sector. The main producers are China and Taiwan, who together account for nearly half of global exports. 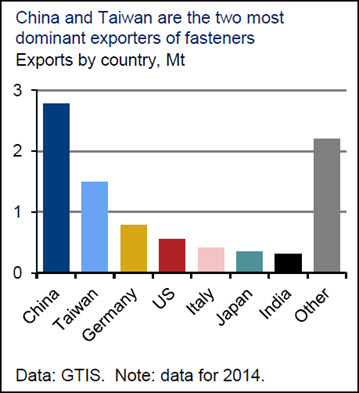 This latest announcement is confirmation that the EU’s final appeal has been unsuccessful. China has appealed multiple times against the ruling since 2009, and in 2011 it was found that the trade case violated the regulations of the World Trade Organisation. However, the trade case remained in place until 2016 and the conclusions of the latest investigation also confirm that China is free to ask the EU for compensatory measures, which would be a first since China joined the World Trade Organisation in 2001. In a preliminary statement from the Chinese Ministry of Trade, it was suggested that the trade case has resulted in losses to exports of around US$1 bn, and that more than 1,000 jobs in the fastener manufacturing sector have been lost.

A rosy future for fastener producers in China
The most obvious impact of the trade case was on export volumes from China, which we expect to recover, fairly imminently. However, the trade case has significantly harmed the development of China’s fastener industry over the past seven years. The Special Feature in the Steel Long Products Market Outlook analyses in what ways China’s fastener sector has developed differently from its main competitors since 2009. 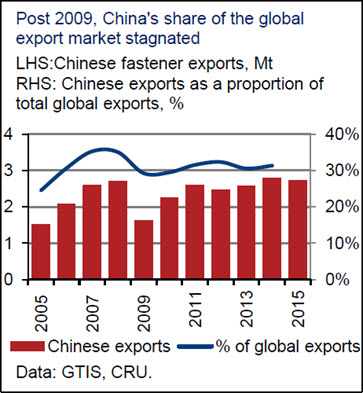 Government spending plans to protect the steel industry and move away from trying to maintain underutilised crude steel production facilities could make the fastener industry an ideal target for government investment. This could be done multiple ways, such as investment in industries with high demand for fasteners and in high quality wire rod manufacturing facilities.

We think that these factors, amongst others, make it likely that China will rapidly gain market share into the EU fastener import market and possibly displace Taiwan as the current largest provider of fasteners to the EU.