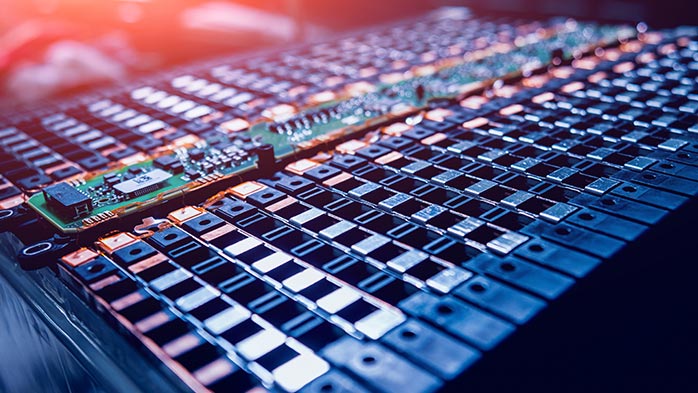 The EV revolution represents a number of significant opportunities for China, and the Chinese government has been keen to stimulate domestic EV production as a result.


But while other countries are using incentives and subsidies to encourage the improvement of battery technologies, China gave indications that it would instead use highly punitive measures to encourage manufacturers to improve their energy densities over the coming years. An announcement this week suggests that this may no longer be the case.

The growth in EV usage in China will have a number of far-reaching effects on the country.

As a result, the Chinese government has been keen to encourage EV production through a combination of measures.

While other countries use carrots, China uses a stick
Like other countries, China offers generous subsidies to EV consumers. When considering subsidies offered at a government and a local level, these equate to around $10,000 per vehicle currently – though China does intend to reduce this in the coming years.

However, unlike other countries China is also in the process of introducing more punitive measures for encouraging EV production. This is mainly being enforced through the Dual Credit Policy, whereby OEMs operating in China and producing more than 30,000 vehicles per year can receive penalties from the government if they do not manufacture a sufficient number of EVs according to a points system.

In addition to this, the Chinese government has also announced plans to regulate the cost and quality of EV batteries, effectively mandating a minimum charge density (in Wh/kg) and maximum cost (in RMB/Wh) for all batteries used in EVs in China. A consulting draft of the regulation was published by the National Development and Reform Commission (NDRC) in July of this year and were due to be enforced from 2020 onwards.

The rationale behind this decision was to make sure that OEMs are making high-quality, high-performance electric vehicles with a good range, as opposed to making low-quality EVs just for the sake of meeting requirements under the dual credit policy. 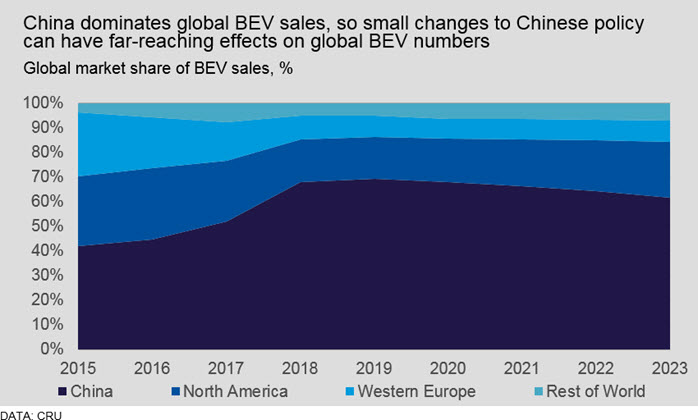 This is substantially above what is achievable using current-generation battery technology. Tesla’s 80kWh Model 3 battery pack, which uses NCA (8.4:1.2:0.4) cathode, is purportedly the most energy-dense EV battery currently available on the market. However, according to a teardown of the car conducted by EVTV in May, the battery pack weighs 480kg. This gives a pack-level energy density of approximately 167Wh/kg. If the original legislation was enforced, Tesla would need to improve their pack-level energy density by 32% by 2020 in order to sell their vehicles in China. This would spell trouble for the firm, which has announced plans to begin production of EVs in its new China plant by the end of 2019. 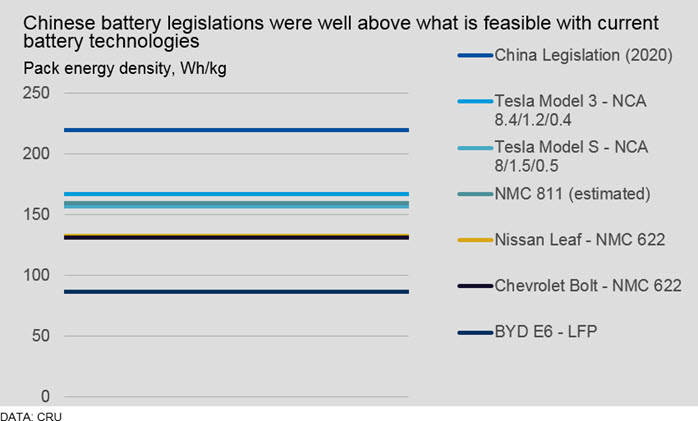 It’s a similar story across the rest of the EV industry. The Chevrolet Bolt 2.0’s 57kWh pack uses NMC 622 battery cells and weighs in at 435kg, giving it an energy density of 131Wh/kg. The 2018 Nissan Leaf’s 40kWh battery pack weighs approximately 300kg, giving it a similar energy density of around 133Wh/kg. Even with a shift to NMC 811 cathode types, it is unlikely that this requirement can be reached using current battery technologies.

Under pressure from industry market players, the Chinese government has now relaxed its requirements on battery charge density. As of Tuesday 18 December, this energy density threshold has now been removed from the final version of the published regulations. However, other requirements for battery manufacturers – such as a maximum cost in RMB/kg, and a minimum manufacturing scale in GWh – will remain in place.

Energy density legislations may still be useful for China
As part of our analysis of the battery market, CRU generates a forecast to 2040 of automotive sales split between region and drivetrain type (petrol, diesel, BEV, HEV, PHEV, FCEV and so on). We also use independent research to assess and forecast average battery sizes, battery cathode usage and energy densities for vehicles in different regions over time. This allows us to form a comprehensive and independent forecast of demand for battery materials including lithium, cobalt, nickel, manganese, graphite and many others. To some extent, we have already accounted for the impracticality of these legislations within our forecasts. For this reason, our forecast on Chinese EV penetration remains largely unchanged.

While these charge density legislations were clearly unachievable by battery makers and OEMs during the allotted timeframe, a more relaxed version of these legislations could be important in encouraging an accelerated uptake of NMC battery chemistries in the future. Many Chinese EV manufacturers continue to use LFP battery chemistries due to its low cost and ease of manufacture.

However, LFP also suffers from a very low energy density. The BYD E6, one of the biggest-selling EVs in the Chinese market, uses a 57kWh LFP battery with approximately 57kWh of usable energy, which weighs 650kg, giving it an energy density of just 87Wh/kg – almost half the energy density of the Model 3. The additionally weight of the battery pack reduces the vehicle’s efficiency, resulting in a reduced range despite its large battery size. 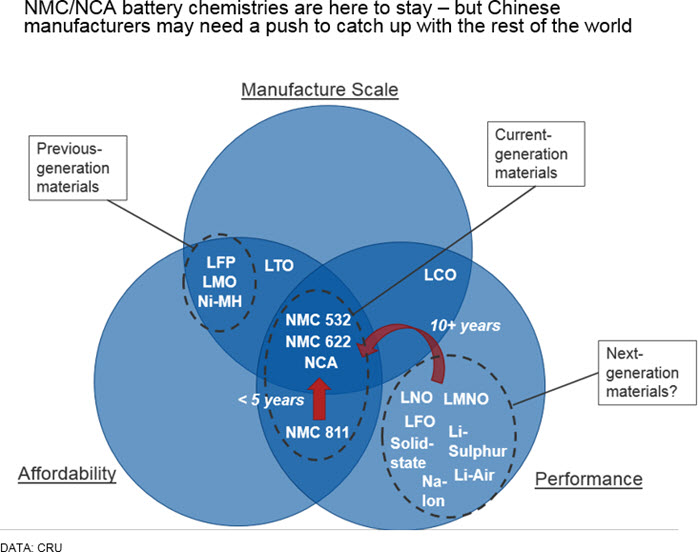 LFP battery EVs are sufficient for the Chinese domestic market. However, if China wishes to develop a strong export market for high-performance EVs, significant investment will need to be made in manufacturing EVs with NMC battery chemistries. A mandated minimum charge density of approximately 130Wh/kg would be sufficient to phase out LFP battery usage while also stimulating investment in the development of high-nickel NMC battery production.