Why accuracy counts now more than ever 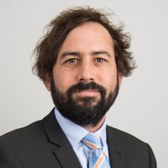 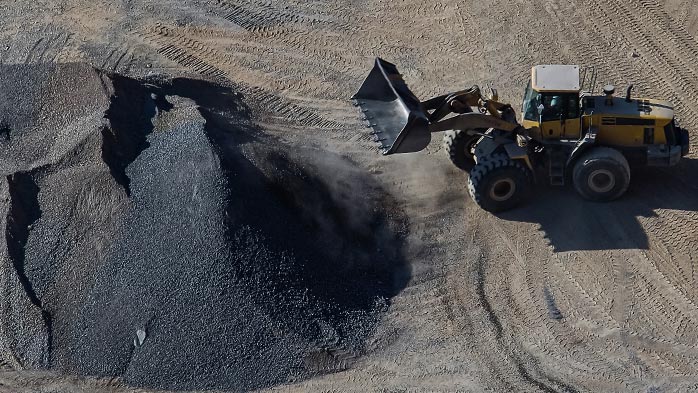 The outbreak of Covid-19 has brought a decline in demand and additional volatility to the global chrome ore market over the last six months. Moreover, subsequent lockdown measures have had a significant impact on global supply chains and pricing.


These shifting market fundamentals have been captured in CRU’s transaction-only chrome ore price assessments. Accurate capture of prevailing market prices in volatile markets is key to fair index-linked contract settlement and insightful market analysis alike. This Insight analyses key chrome supply chain price drivers in the post-Covid era and highlights how these have been captured in CRU’s transaction-only price indices.

Locked-down supply
Lockdown measures to prevent the spread of Covid-19 were implemented in late March by key chrome ore producing countries such as South Africa, Zimbabwe and India. These had a profound impact on the flow of material to China.

South Africa is the main source of chrome ore for Chinese ferrochrome (FeCR) smelters, with 1.0-1.5 Mt of ore exported every month on average in the pre-Covid era. In 2019, South Africa supplied 12.5 Mt of chrome ore to China - around 80% of all Chinese ore imports. The development of social distancing measures also resulted in disruptions to mining in South Africa - enforced care and maintenance for mines and consequently limiting the supply of material to China. CRU estimates that South African ore production, which accounts for 55% of global supply, will potentially fall by at least 16% in 2020 as a whole compared to 2019 levels because of Covid-19. 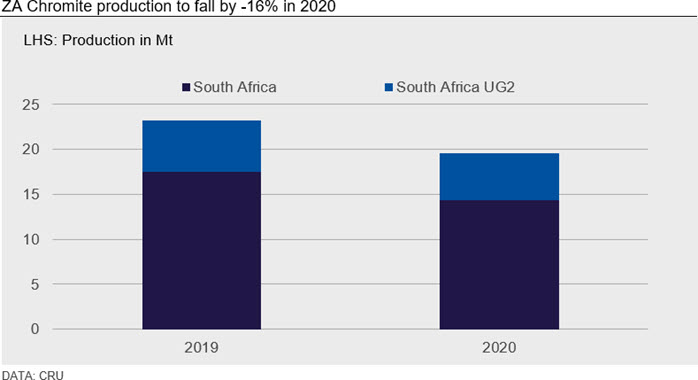 Prices rise
Despite initial falls in demand, supply disruption had a large upward influence on chrome ore prices in April 2020 when South African exports of chrome ore fell by more than 70% compared to the previous year. Prices for UG2 42% chrome ore rose by more than 30% m/m in May to $154 /t, CIF, China, from the multi-year low of $117 /t, CIF, China seen in April. Even as production slowly came back online as lockdown measures were lifted from mid-April to around 50% of production capacity, and 100% in May, the ramp-ups were slow.

The broad return of supply was set back at times by several Covid-19 cases at certain mining operations, alongside labour and logistical issues which are likely to remain problematic in the coming months. Such supply uncertainty continued to support prices in May, and by an additional 10% m/m to levels of $170 /t, CIF, China as Chinese buyers were still cautious of supply restrictions amid increasing downstream demand growth in China.

Supply returns
However, the gradual ramp up in chrome ore production back to 100% in South Africa in May has now eased concerns of a supply squeeze in China. Mines that saw supply disrupted by lockdowns have gradually increased their utilization rates over the past three months. Open cast and underground mines have increased output since the easing of lockdown measures, fuelled by the weakened South African rand. CRU judges that open cast mines are now operating around 80-100% of normal levels, whilst underground mines were operating at around 60-70% levels in early August. We estimate that now, mining operations will be close to 100% of budgeted or stated capacity, assuming no further major outbreaks of Covid-19. South African exports have therefore continued to recover from the lockdown lows, hitting 1.44 Mt in June. Over 85%, or 996,000 t, was exported to China, which is a record high and exceeded last October’s 914,000 t. The return of supply alongside a depreciating rand has brought with it a decline in ore prices. There was a fall of 14% m/m in July to $147 /t, CIF, China, from the yearly high of $170 /t, CIF, China seen in June. 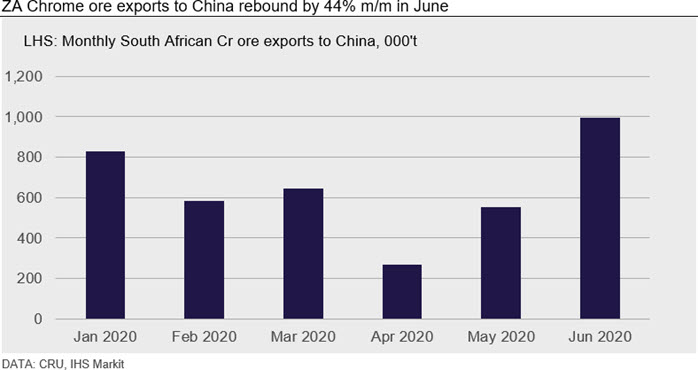 Recent developments
Despite some supply normalisation, fears of ongoing disruption remain. Most recently Transnet’s operations in South Africa have been running around 60-70% of capacity and are not expected to recover to normal levels until the end of the year. Moreover, rail and port operations could still be halted temporarily by further Covid-19 outbreaks, especially as infections are not forecast to peak in South Africa until late August.

Covid-19 therefore remains an upside risk for chrome ore prices due to its impact on supply while Chinese demand remains relatively robust. Cases in South Africa continue to grow and risks for miners remain. If we see a resurgence of cases at mine sites, this will again hit ore supply. Weaker demand from higher cost FeCr smelters in southern China is also resulting in stock accumulation, with port stocks recently growing back up from 3.45 Mt seen in June to 3.70 Mt in early August.

Several smelters in Hunan and Sichuan have been forced to reduce FeCr production, despite lower energy tariffs due to the rainy season. These smelters bought chrome ore at $160-170 /t, CIF China a month ago, which has finally arrived but tender prices for FeCr have now fallen. Higher supply and lower output from some smelters could cause stock levels to hit 4 Mt by the end of August, which will further pressure prices. However, we believe the strong return in Chinese stainless production will ultimately support chrome ore demand and prices as Q4 commences. 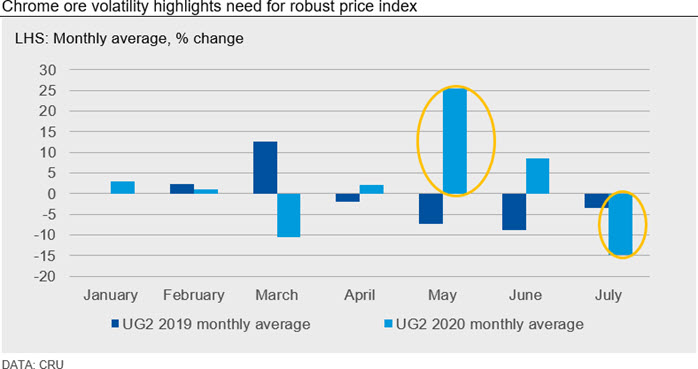 Market dynamics fully captured in CRU prices
These shifting market fundamentals have all been captured in CRU’s transaction-only chrome ore price assessments - all of our chrome, ferrochrome and chrome ore prices are based exclusively on transaction data (i.e. actual deals concluded). In addition, CRU has analysts based in the Chinese domestic market, as well as the ex-China producer export markets, allowing us to scrutinise global transaction data and assess prices that accurately reflect activity in the international market.

That means bid and offer prices are not considered at all, and this methodology is the most appropriate for prices used extensively in physical contracts, especially at times of extreme volatility, when bids and offers are used as a means to “test the market.” All data submitted must also meet CRU’s strict specifications and admissibility criteria, and we will scrutinise the nature of deals provided to us, which may result in transactions being excluded.

Part of this scrutiny involves obtaining supporting documentation or evidence where we think this is warranted in order to verify a transaction and/or what it truly represents. This is particularly important when prices are moving quickly, as they have done in the chrome ore market in the last six months.

To this extent, CRU has consistently and continuously delivered its pricing service according to its true values – we do not determine the price – that is for the market. Rather, we faithfully reflect it. In doing so we are independent in our approach and desire to be accurate, not just because our stakeholders expect that, but also for its own sake.