US unemployment in the time of coronavirus 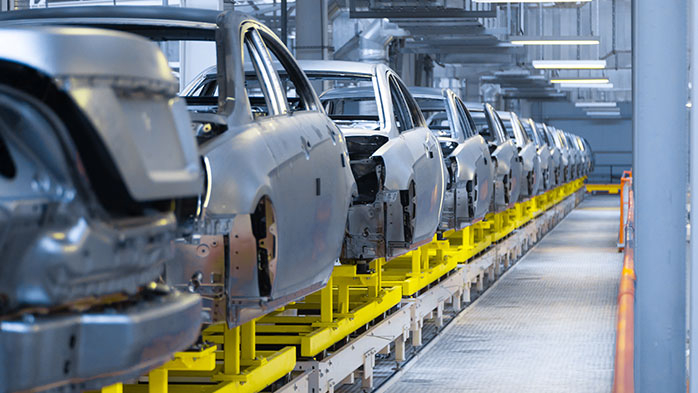 On May 8, the US Bureau of Labour Statistics released the official US unemployment data for April. Unemployment increased to 14.7% from 4.4% in March.


This is the highest rate and the largest month-on-month increase in the history of the series, which was created in 1948. This special feature shows that unemployment is likely to increase further in Q2 of 2020, before recovering back to 5-6% by the end of 2022. This is predicated on existing government policies being insufficient to ensure a faster return to full employment.

Historical figures for the US labour market

Layoffs across the board; no industry is spared.
There is currently an unemployment crisis globally, and particularly in the United States, where many companies cannot sustain their operations, and are laying off huge numbers of employees. In April, 23.1 million people were unemployed, almost 16 million more than in March. The unemployment rate reached 14.7%, the highest rate since the series started in 1948. In just one month 20.5 million jobs have been lost; in contrast, it took 2 years to lose 2 million jobs during the Global Financial crisis. These unprecedented figures can be compared only with unemployment during the Great Depression.

Many sectors are suffering, including the metal-intensive sectors. To give only a few examples, Ford, GM and Fiat-Chrysler closed plants in March affecting hundreds of thousands of employees. Construction sites were also affected; for instance, US Steel announced in April a delay to the $1 billion project at the Mon Valley Works, putting at risk the 3,000 employees of the complex. Overall, motor vehicle and parts manufacturing employs more than 1 million people in the United States. However, some automakers (including Fiat-Chrysler, Ford, GM and Toyota) are planning to re-open most of their plants in mid-May. 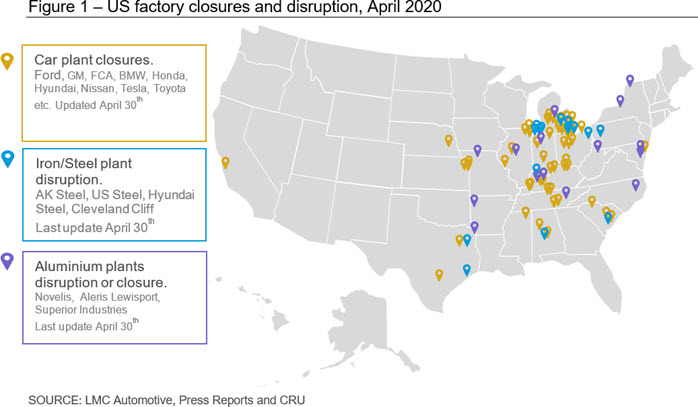 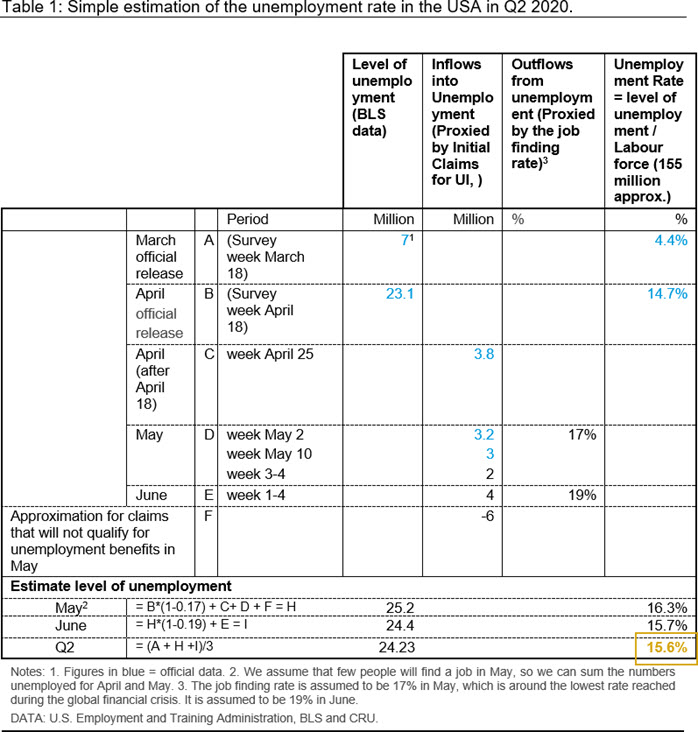 US unemployment recovery, what can we expect?
We estimate above that the US unemployment rate will reach almost 16% in Q2. Will this historically huge rate be structural or cyclical? When will unemployment go back to the desirable level of 5%-6%? Figure 2 compares four potential outcomes for US unemployment in 2020. These outcomes depend on two key elements:

The four outcomes are outlined in each quadrant of the graph, and the table below details the type of recovery implied by each outcome. 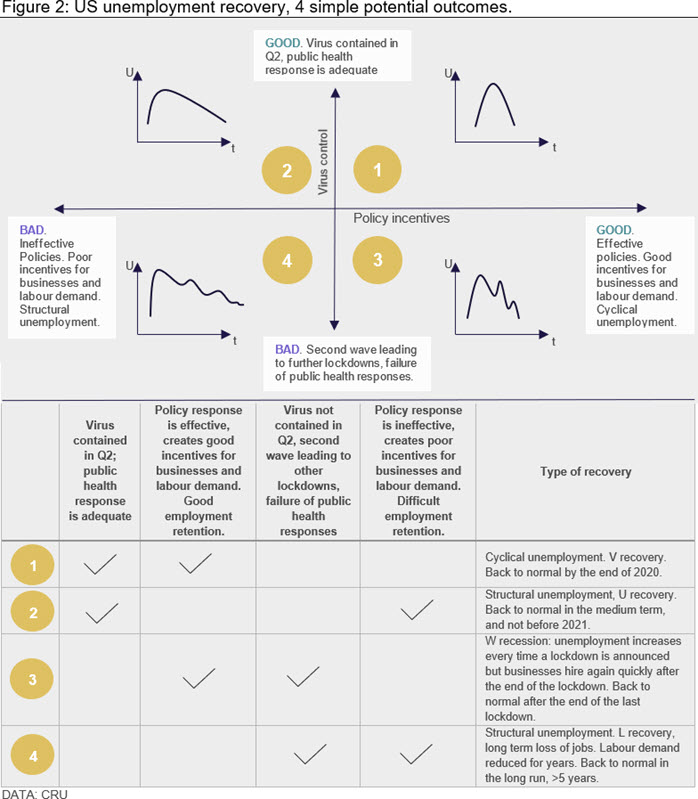 Almost 80% of the 23.1 million unemployed in April declared themselves as being on temporary layoff. However, the longer the crisis lasts, the lower this ratio will be (and the larger will be the associated ‘scarring’ effects). Many may permanently lose their jobs. As a result, and assuming that the sectors with the highest unemployment will slowly re-start, we predict that outcome number 2 is the most likely. We therefore forecast a U recovery and a return to an unemployment rate of 5-6% by 2022.

What are the simple keys for a good policy response?
If government and other authorities are to create good incentives for the overall labour market, they need to put in place some key fiscal and monetary policies. The main objective of these policies is to maintain the connection between the employee and the company.

Using a key policy framework suggested by the ILO, we describe here the main responses required to address the crisis, and the actions announced by the relevant US authorities:

These recommended measures aim to create business continuity after the lockdown. The main aim is to maintain the connection between businesses and their employees. The US government and the Fed have offered good programs and measures, but these will not overcome the loss of income likely during the crisis, and the duration of the pandemic may still lead to large scale bankruptcies, credit defaults, reductions in company-specific human capital, and therefore a definite loss of jobs. As a result, we believe that US labour demand will not return to normal by the end of 2020. We expect the current high unemployment rate to decrease only slowly, returning to 5-6% by 2022. For the commodity sector, higher unemployment means lower consumer spending on cars, manufactured goods, and housing.