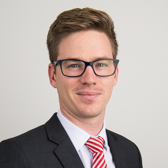 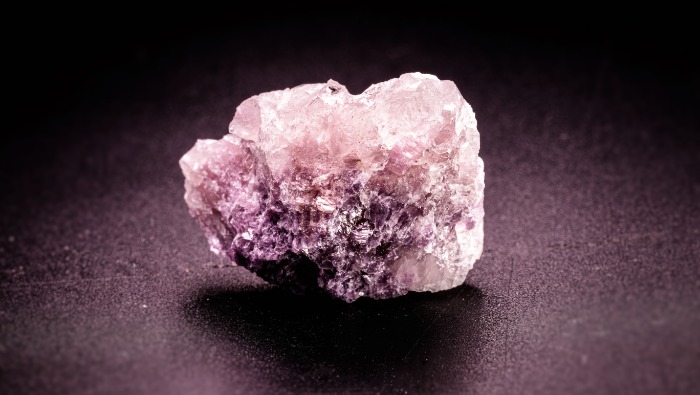 Having discussed methods of extracting lithium from brines in Part 2 of our lithium technology series, this final part focuses on another niche type of lithium deposit in China. Lepidolite is a Li-bearing mica mineral which is found in standalone deposits as well as alongside spodumene mineralisation.

Despite lepidolite only accounting for a small proportion of lithium resources in China and around the world, continuous development has been witnessed over the years. This has been both to increase cost efficiency and to reduce negative environmental impacts.

Total proven available Li reserves in the city of Yichun, Jiangxi – the “lithium capital of Asia”, exceeds 6 million tonnes LCE, according to public information. Yichun is home to the world’s largest lepidolite mine, “414 mine”, which has around 2.7 million tonnes LCE of Li reserves. There is also further potential to develop this resource with ongoing exploration activities.

Currently, four producers in Jiangxi province produce lithium from lepidolite: Yongxing Material, Jiangte Motor, Nanshi Lithium and Feiyu New Energy. A variety of technologies are used, primarily at the roasting stage, to support the economic feasibility of using lepidolite. These are being continually advanced in an effort to reduce production costs and increase extraction efficiency.

This process is easy to carry out and supplementary raw materials are relatively cheap. However, it involves high energy consumption as temperatures in the process are required to reach 900 to 1100°C and Li extraction rates are relatively low at less than 70%. Furthermore, the method produces large amounts of waste that poses environmental threats.

This mature technology benefits from relatively low energy consumption, comparatively higher Li extraction rate of more than 80% (intermediate products have low impurities), and recovery of other metal components is possible. However, the key drawback is that poisonous gases containing fluorine and highly corrosive fluorosilicic acid are generated, leading to rapid equipment depreciation and environmental concerns.

The main advantages include Li extraction rates of over 92%, short reaction times and alkali metal by-products. However, this process is severely corrosive to equipment due to chloride generation, and it also has a high potential for environmental impact.

This is a straightforward, non-chemical, short-duration process that results in limited equipment damage and demands relatively low energy consumption. However, the lepidolite requires prior processing under high temperatures that increases energy requirements. Due to the processing route, it can only be used on higher grades of lepidolite ore.

The most mature and widespread method currently used due to the short reaction time leading to lower energy consumption. The extraction rate can also reach 95%. Initially potassium sulphate was used, but this has now been replaced by sodium sulphate and sodium potassium sulphate to further reduce production costs.

The complicated process to remove impurities and large volumes of waste associated with limestone roasting has resulted in the gradual phase out of this technique. Sulphuric acid roasting was also put under scrutiny due to the corrosive power of fluorosilicic acid that causes severe damage to equipment. As a result, sulphate roasting has become the mainstream technique preferred by smelters in Yichun.

Yongxing Material has developed its own low-temperature roasting technology using composite salts, together with advanced fluorine fixation technology, to greatly reduce equipment corrosion as well as reduce costs. The company also created a “one-step” battery-grade lithium carbonate production line, instead of upgrading industrial grade carbonates, as most smelters would do. This has shortened the production period and further reduced costs. Current carbonate production costs from lepidolite are around RMB35,000/t, which is competitive with the average cost producing lithium carbonate from spodumene.

Other aspects to consider…

ESG concerns also pose further threats to the expansion of lepidolite resources in China, especially considering the government tightening environmental policy for other commodities. Lepidolite processing waste often contains elements such as sodium, potassium and calcium, depending on the roasting technique used, which all need to be carefully dealt with.

Developers have been paying attention to the different waste and by-products with a view to transform these into other metals or chemicals that could increase their revenue stream. Most waste from lepidolite production is consumed by the cement industry as a way of reducing the risk of environmental damage that can be caused by stacking and landfill. Yet not all waste can be used by the cement industry. Future developments are directed at broadening the scope of waste applications to low-cost building materials to reduce the impact of processing waste. 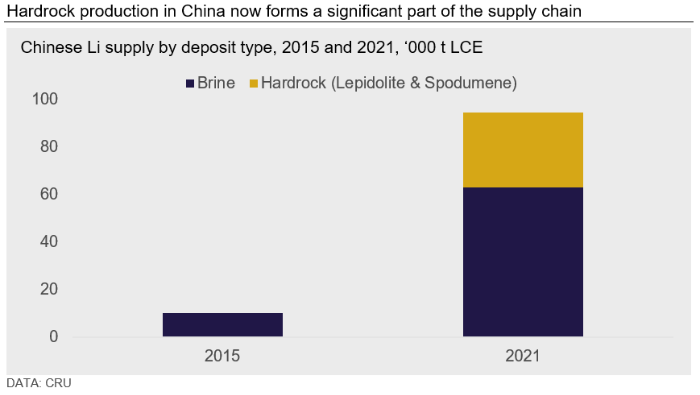 The future for brine and lepidolite

Discussions continue in the Chinese market as to whether brines or lepidolite resources will become the focus of future production, potentially shifting supply away from the predominance of spodumene.

In China, the larger resource base of brines provides an advantage of supporting production at larger scales. Downstream buyers, at present, favour spodumene given this route is more mature and chemical product qualities are, on average, more stable and of higher quality. The lepidolite supply chain has the reputation of producing products with more impurities which require additional processing.

However, our analysis and discussions with market participants indicates that there is further potential for cost reductions for both lepidolites and brines with technology advancement; and qualities are expected to improve steadily. In 2021, a number of large downstream players, such as CATL and Gotion High Tech, announced various agreements with producers in Yichun for the development of Li products from lepidolites. This is regarded as a sign of the market’s confidence for increased scale of production from lepidolite deposits.

With the booming EV market and growing appetite for Li-ion batteries, lithium supply will need to be further developed and diversified. Given the improvements in processing routes that we have discussed in this series, both brines and lepidolites will contribute to the future supply growth of lithium in China and exist alongside spodumene as a viable raw material source.