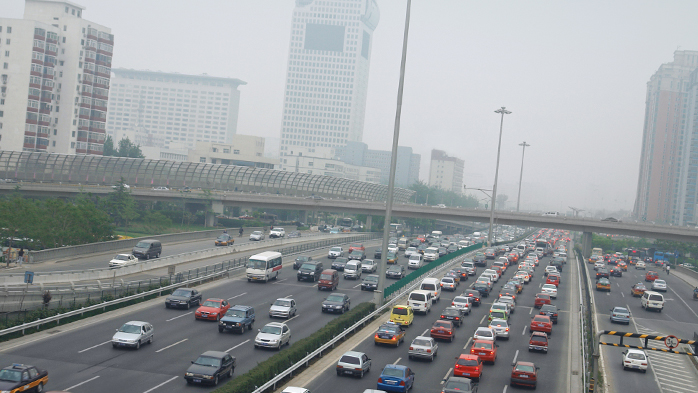 In addition to the SO2 and dust emissions, NOx emission controls caught some merchant calciners and anode producers (with integrated calciners) off guard during recent inspections.


In Shandong, the NOx limit is 300mg/Nm3 and calciners with readily accessible cash have undertaken equipment upgrades over the past two months. Going forward, Chinese CPC suppliers could face more stringent environmental controls. CRU understands that different provinces have imposed different limits on some emissions. For example, Jiangsu's SO2 limit is 400 mg/Nm3 while Shandong's SO2 limit is 300 mg/Nm3. No date has been given for this action but Chinese authorities have indicated that emission limits could be lowered further over the next few years with SO2 limits falling as low as 100 mg/Nm3. Such a move would hamper CPC production even further, and exert upward pressure on premium (low sulphur) GPC prices. 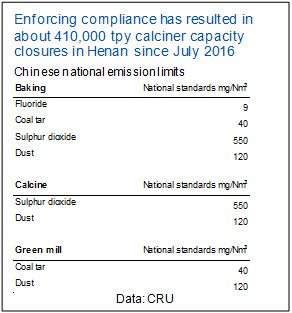 A boom for world ex. China CPC producers
To date, Henan has been the hardest hit with about 410,000 tpy calciner capacity closures since July 2016. CRU expects that the reduction in calciner operating rates will lower Chinese CPC production by 774,000 tonnes in 2017 compared to 2016. At a time when Chinese domestic CPC demand is forecast to increase by 852,000 tonnes year-on-year in 2017, the Chinese CPC market will tighten early next year. Buyers of Chinese CPC with contracts in place are facing higher CPC prices in H1 2017 while those that purchase on a spot basis face the additional risk of being unable to secure sufficient volumes within China. Although rotary calciner capacity in the US and South America do not offer the same CPC density that Chinese shaft calciners can, the tightening Chinese CPC market could act as a boon for world ex. China CPC producers. There is excess calciner capacity in the US primarily due to cutbacks in smelting capacity in H1 2016; furthermore, South American calciners could boost production in Argentina and Brazil in 2017. Additionally, the 430,000 tpy Takreer calciner in Abu Dhabi and along with a potential start up of the 300,000 tpy calciner in Eygpt in 2017 could supplement the Middle East's CPC requirements.

The San Vira calciner in India which started up in mid-2016 could accelerate its ramp-up on the anticipated boost in CPC prices; however, this calciner suffers some exposure to the Chinese GPC market. It may be harder to source Chinese GPC for the export market due to the rise in domestic demand. The outcome is somewhat similar to the effect of the proposed Chinese unqualified petcoke ban that was floated a year ago. The ban was not enforced, but using existing and perhaps tightening emission controls, when consistently enforced, has achieved the same objective on limiting the use of high sulphur cokes.