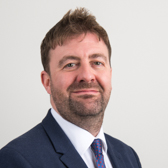 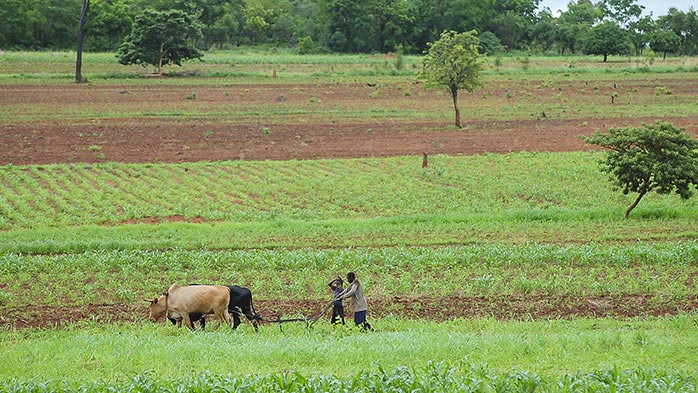 Even as food crises bedevil Africa from Nigeria to Ethiopia, South Sudan, Kenya and Somalia, many see the continent as a future agricultural giant with a growing role as both importer and exporter of industrial fertilizers.


CRU Fertilizer Week publishes 20 price points in Africa and we expect this number to rise. Most of our benchmarks centre on the north of the continent, clustered around the Mediterranean’s southern shores, where the presence of natural gas and phosphate rock feed the production processes of some of the industry’s biggest players. 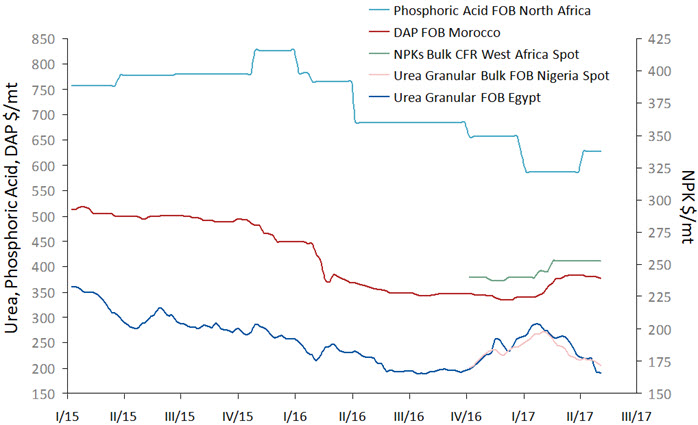 Africa is home to six of the world’s top 10 fastest-growing economies, according to the International Monetary Fund’s forecast for 2017. Food production in sub-Saharan Africa must increase 60% over the next 15 years to feed a growing population, the Brookings Institute says.

The World Bank sees Africa’s primary challenge as a shortage of financial capital for agricultural inputs. This shortage affects the quality of seed as well as the quantity and quality of fertilizer applied per hectare. Fertilizer application in Africa can be as low as 25 kg per hectare, which has little beneficial effect. While rates vary across the world, the average fertilizer application rate for the top 27 fertilizer consuming countries is about 185 kg per hectare. The US applies about 200 kg per hectare and China a staggering 315 kg (201 kg N, 67 kg P, 47 kg K), according to CRU research. So there is much scope for improved fertilizer consumption across the continent, especially as financial liberalisation grows and provides more working capital.

Still, it is important to retain a sense of perspective. There remain significant headwinds for African economies and the near-term future is far from certain. On paper, world-scale fertilizer production plants are planned in Egypt, Nigeria, Angola, Mozambique and Tanzania, based largely on the development of new gas resources. But these developments are years behind schedule and many analysts question their viability since the oil-price crash of 2014.
Good governance remains a significant concern for some potential investors. Nigeria, faced with dwindling foreign exchange reserves, introduced capital controls in 2015 including a ban on steel pipe imports. In 2016, Nigeria’s economy contracted for the first time in 25 years. African governments seeking valuable US dollar revenue may need to step in themselves to get projects off the ground. There are currently other, less risky places than East or West Africa to build a new plant, in countries where domestic fertilizer demand is higher and the distance to export markets is shorter. This provides an opportunity for fertilizer producers in North Africa and other key export centres to ride the growth wave in African demand.

Overall, demand growth is the most critical element in Africa’s fertilizer story, and investors will determine whether this is facilitated by imports or a scale up in sub-Saharan production. Fertilizer Week focuses on trade flows and helps to provide visibility and an understanding of how Africa fits into the global picture.

Price visibility in some parts of Africa is in short supply and consumers suffer as a result. A Kenyan DAP purchase tender in late 2016 was said to have been awarded at prices significantly above market rates, as reported by Fertilizer Week. Accurate and timely price discovery is imperative for healthy and efficient markets to develop to the longer-term advantage of buyers and sellers.

West Africa has recently become a permanent feature in our pricing landscape. Fertilizer Week added spot prices for granular urea FOB Nigeria and a 15-15-15 West Africa CFR price. In addition, we have three new export prices for NPKs from Morocco, we cover FOB prices for phosphate rock from Algeria regularly, along with existing benchmarks for urea from Tunisia and Egypt, North African phosphoric acid, DAP/MAP export prices from Morocco, sulphur delivered into North Africa and developments in East African markets such as Kenya and Ethiopia.